"A lot of people suffer in silence and behind closed doors," an anonymous artist says following the deaths of Saul Fletcher and Rebeccah Blum 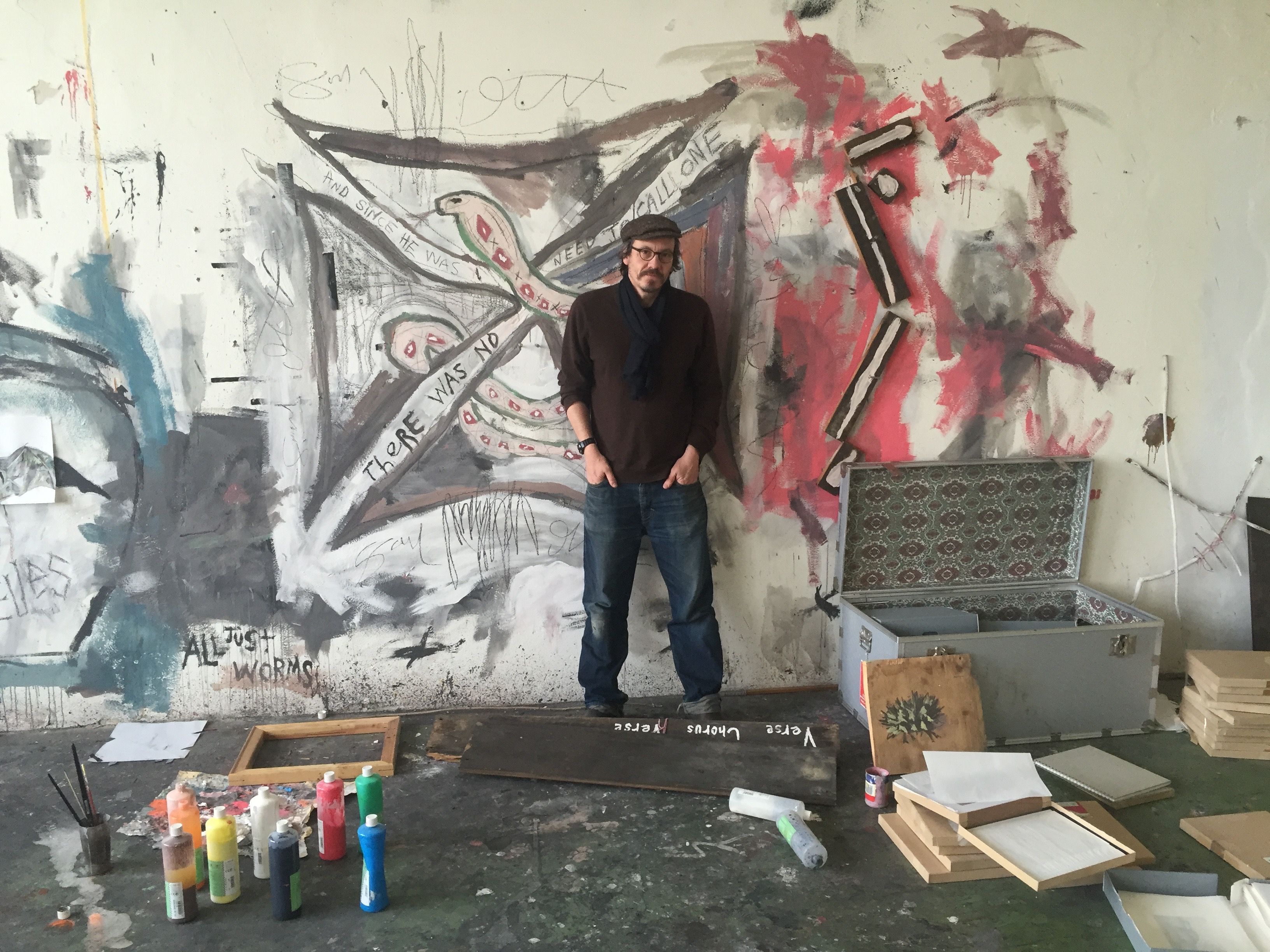 Saul Fletcher in his Berlin studio. His body was discovered on 22 July. Photo: © the artist

In the weeks before killing his former partner Rebeccah Blum and then committing suicide, the British photographer Saul Fletcher oversaw the exhibition of his last artwork. The piece, on show now in Venice’s Punta della Dogana museum, is titled Don’t Let the Darkness Get You Down (until 13 December).

While his heinous act should not be condoned under any circumstances, the title to Fletcher’s final creation is indicative of the state of mind of a man who spent much of his life with “serious mental health issues,” friends of the artist share with The Art Newspaper.

Fletcher and Blum’s death has sparked a debate amongst artists about the standard of mental health provision in the arts industry, with some artists concerned that “expressing needs or imposing boundaries” in relation to their mental health could be detrimental for their career—even as their work clearly confronts and communicates such an experience. “A lot of artists suffer in silence and behind closed doors,” one artist says.

Lauren Berry, a forensic psychologist who works with offenders with mental health difficulties, says it is “well documented” that artistic expression can have an “extremely positive impact” on mental and emotional states. “There is evidence to suggest creative outlets like art therapy can help to reduce criminal or violent behaviour,” Berry says. “Having an avenue for the expression of emotion is essential for those who struggle with mental illness or who have suffered traumatic experiences. The people I work with often say, if they had been given support to express themselves earlier, they may not have ended up in institutions or caused harm to themselves or others.”

“A lot of artists suffer in silence and behind closed doors”

It would make sense, then, for the art industry to be a leader in mental health provision—to recognise that art naturally draws in those with mental health conditions. But this is not the experience of many working artists who live with depression and associated conditions.

“As artists, we are commodified, and we are made to feel like we are disposable,” says a contemporary photographic artist diagnosed with depression and related mental health conditions, speaking on the condition of anonymity. “We are expected to produce the work, but it can often feel as if the artwork is more valuable than we are. We are meant to be grateful we are working and getting paid. No-one really cares about our mental health.”

Many artists are self-employed, working on a project-to-project to basis with little hope of a regularised income. “And, as a freelance artist, being seen as anything less than superhuman is detrimental to your career,” they say. “You become worried about openly speaking of your mental health for fear you won’t get taken on for a job because people think: ‘They’ve got mental health issues, so it’s a bit of a risk. What happens if they have a breakdown halfway through the job?’

“That means a lot of people suffer in silence and behind closed doors, which actually exacerbates their mental health problems,” they say. “A lot of people experience a lot of anxiety and stress because they’re not able to speak their minds freely, or express their needs and boundaries.”

The mental health of some of art’s most iconic names is still regularly mythologised, the artist says. They mention Vincent van Gogh, the Dutch Expressionist who spent sustained periods of time in psychiatric hospitals in Arles and Saint-Rémy before his suicide at the age of 37. His self-portrait, created after he cut part of his ear off after an argument with fellow artist Paul Gauguin, is now one of the world’s most celebrated paintings. Van Gogh’s story, the artist says, “is the classic romanticised story of the struggling artist”.

“No-one gave a shit about Vincent when he was alive and producing,” they say. “He was screaming out for help by cutting his own ear off. He died penniless and alone, and in a really painful way. But, now his work has been monetised, the attitude is ‘poor Vincent’. That is the rhetoric, in the past and present. Hopefully, it won’t be in the future.”

Steve Macleod is a photographic artist represented by Black Box Projects, a professor at the University of Suffolk and a director at the photography printing and framing studio Metro Imaging in London. He has lived with bipolar throughout his life, and has been sectioned on numerous occasions.

Whilst Macleod acknowledges mental health provision in the arts has improved he says there is still a long way to go. “Artists fight hard to become recognised and established,” he says. “You build relationships. But it’s hard to maintain those relationships over time. There’s a lot of expectation—from gallerists, publishers, producers—and that is often coupled with a limited understanding in the industry of how artists function. That’s hugely exacerbated if you have mental health issues. The wants and desires of the industry don’t match the rhythms of an artist. And, for those who suffer with mental health issues, that can have a really negative impact, as they hide their true state of mind."

He adds: “I’ve worked with artists who are not as well as they could be, and they’ve been isolated and then sadly rejected for being inconsistent. Understandably, a lot comes from a fear of, and lack of understanding of, mental health conditions.”

Macleod acknowledges that today mental health is spoken about much more. Whilst this is welcome, the conversation, he says, isn’t always a good one. "I’ve seen several creatives jump on the bandwagon,” Macleod says. “Culturally, as a kick back we’re not taken seriously as a result. I don’t think mental health provision should be for the elite few, but I know that certain artists will use poor mental health to their advantage."

Macleod adds that mental health affects us all—not just those with conditions, but their family, friends and colleagues too. “If you are truly manic, it’s a scary place to be,” he says. “And so you tend not to try and bring attention to the fact you’re manic. You know that anything could happen at any time. It can be a very isolating and scary place to exist.”