Alphonse Mucha’s wish to find a permanent home for his Slav Epic in the Czech Republic may finally come true after the monumental cycle of 20 paintings was left in limbo for almost a century. According to an agreement announced on 11 January, the Slav Epic (1910-28) will be displayed in the Thomas Heatherwick-designed Savarin development, a new regeneration project in the historic centre of Prague, which is due to open in 2026. The move follows a lengthy battle between the Czech artist’s grandson John Mucha and the city council over the fragile work’s future.

“We are offering a solution that would finally end the entire drama of the Slav Epic,” says Simon Johnson, the executive director of Crestyl Group, the developer behind the project. “We are ready to cover all the costs related to the construction of the exhibition spaces, including all the interior furnishings according to the requirements for the presentation of such a work. Prague would, thus, bear no initial expense for the creation of the exhibit, and would then enjoy a yearly income from the revenue.”

The new venue would house the 20 canvases—some more than eight-metres wide—alongside items from the private collection of Mucha’s family, including studies, pastels, drawings, paintings, photographs and documents that accompanied the creation of the Slav Epic. “This would result in the establishment of a unique museum of international importance comparable, from a conceptual point of view, perhaps only with the Van Gogh Museum in Amsterdam. The Slav Epic would, thus, be exhibited as a whole,” says John Mucha, who is also the chairman of the Mucha Foundation. 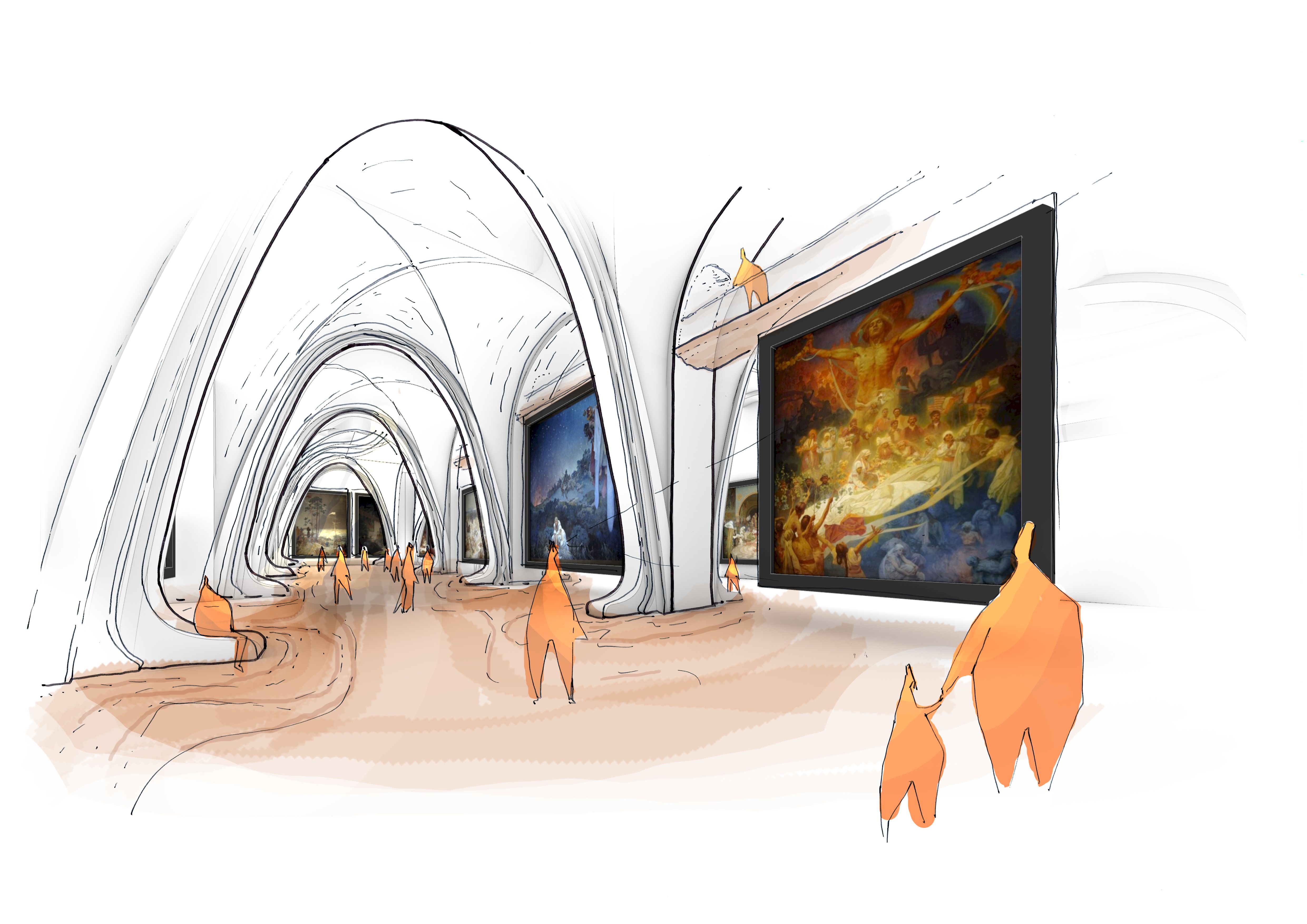 While the Savarin project is under construction, the Slav Epic will return to Moravský Krumlov, in the country’s southern Moravian region, where the paintings had previously been on display for 50 years. The Renaissance castle has undergone extensive renovations overseen among others by the Czech division of the International Council of Museums to ensure adequate environmental conditions for the works.

Painted over 18 years, the Slav Epic depicts key events in the history of the Slavic people and is a rare work on canvas by Mucha, who is best known for his Art Nouveau advertising posters and designs. Upon its completion in 1928, the tenth anniversary of Czechoslovakia’s independence, Mucha donated the Slav Epic to the city of Prague. But the gift came with the condition that the city build a space for the cycle to be exhibited permanently.

That gallery was never built. Instead, the paintings were moved around the country, eventually ending up in Moravský Krumlov. In 2010, Prague city council moved the works to the capital, putting them on show in the Veletrzní Palác, a former venue for industrial fairs, which was criticised by some conservators as unsuitable.

In 2016, when the city council wanted to send the fragile paintings on a two-year tour in Asia, John Mucha filed a lawsuit to stop the works from leaving the country and to claim ownership of the Slav Epic—citing the city’s failure to build a gallery for it. Since then, the case has gone through multiple hearings.

Now, however, “if everything goes ahead as planned” with the Savarin development, Mucha says: “I can see us stopping the court process.”

The 15,000 sq. m complex will be a mix of retail and office spaces set in the neighbourhood of Wenceslas Square, one of Prague’s main attractions. Heatherwick Studio’s design involves restoring a number of historic buildings and integrating them with new structures and underground passages.