Art on film at Sundance, from Van Gogh’s landscapes to an orbiting VR vanitas

Drawings come to life and visitors follow the trail of malware code at the annual film festival in Park City, Utah

Art is as much a part of the Sundance Film Festival (until 29 January) as an earnest political documentary or experiment in virtual reality would be. Sometimes, it’s the same thing.

At the annual event in Park City, Utah, art and installations have a special place in the section called New Frontier, where you can find works like Pleasant Places by Davide Quayola. On a large screen, we see a high-definition landscape near St Remy in Provence, where Vincent van Gogh painted some of the last works of his life. 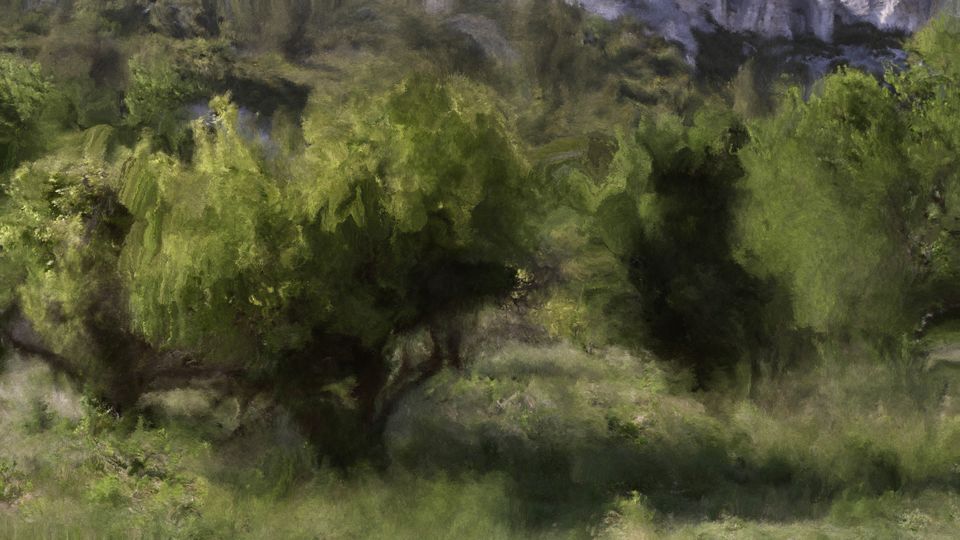 An image from Pleasant Places by Quayola, from the New Frontier art programme at the 2017 Sundance Film Festival (Image: by Quayola, courtesy of Sundance Institute)

Quayola’s images are digital and he manipulates them to replicate brushstrokes or to explore flashes of colour at the other end of the spectrum. As he puts it, these scenes ride “a very fine line between representation and abstraction, from an abstract computational composition to the real images themselves”. But the sound of wind blowing through the trees ensures that visitors don’t lose sight of where these images came from. 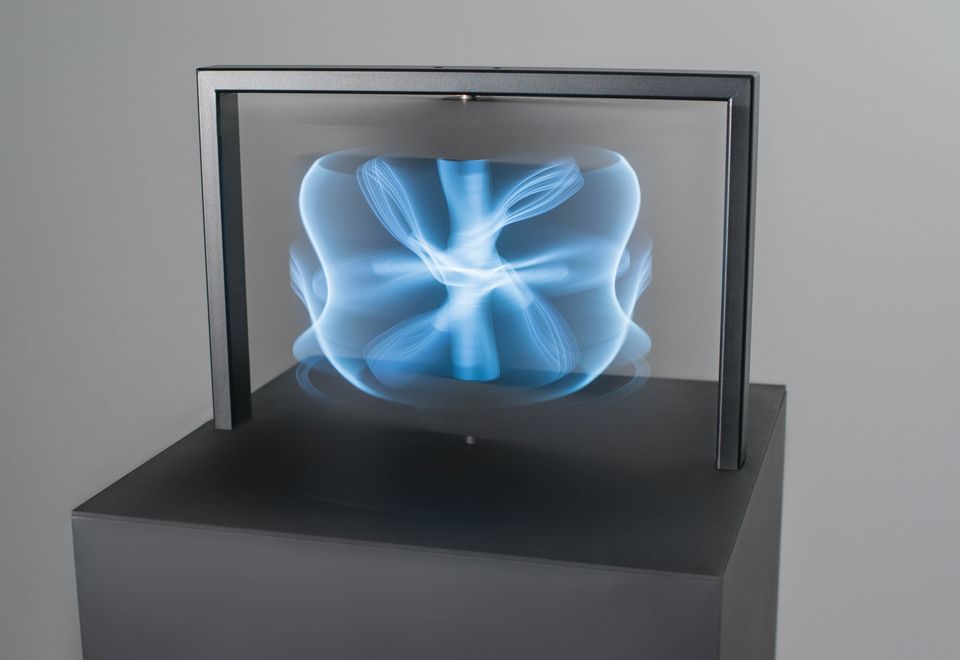 Sometimes the art in New Frontier has more to do with science than any traditional media. Such is the case with Full Turn by the Swiss artist Benjamin Muzzin, who stuck two flat-screen tablets together and put them on a machine that spins at high speed to create a hologram. “The rotation is fast enough to give you the illusion of a 3D image,” Muzzin says. “My idea was to get moving images from a screen, to put them into real life, and to give them some fake materiality.”

Virtual reality has been a fixture at Sundance for years. A medium in flux, it is a mass platform that still hasn’t rallied the masses. But VR has major investors, and engages plenty of artists while those investors figure out how to monetise it. At Sundance, some artists take a political turn, as in Melting Ice by Danfung Dennis, a VR walk with former VP Al Gore (an Inconvenient Sequel, 2017) through a disappearing glacier in Greenland. 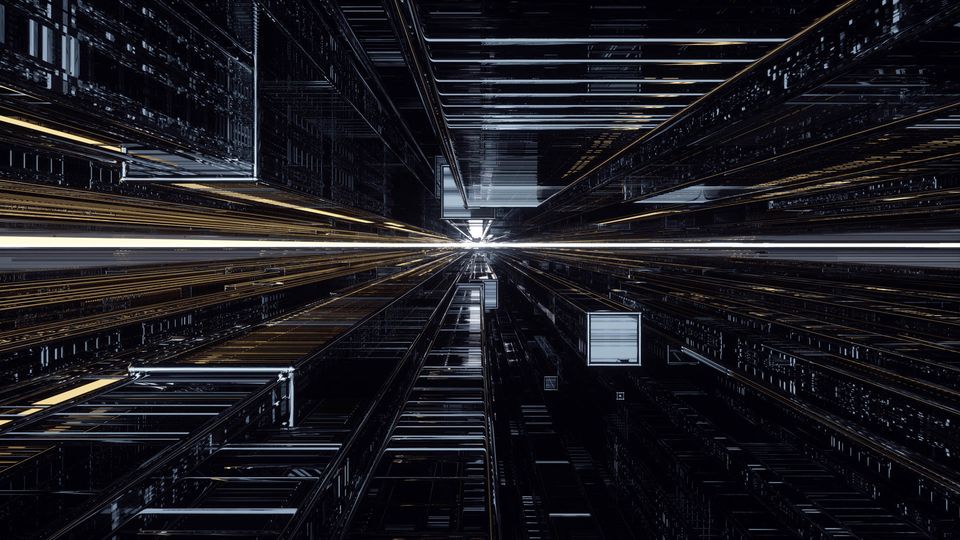 A still from Zero Days VR by Yasmin Elayat, Elie Zananiri and Scatter, an official selection of the New Frontier VR section at the 2017 Sundance Film Festival (Image: Courtesy of Sundance Institute)

Another political work is Zero Days VR, inspired by the documentary film Zero Days by Alex Gibney. It looks at the malware Stux, discovered in 2010, which escaped the control of American scientists. “The goal has always been, how do you tell a story where the lead character is code, how do we make you viscerally feel what cyber-warfare is like?” says Yasmin Elayat of the production team Scatter. Visitors wishing to sample the film’s follow-the-worm mission could do so in a cubicle that resembled an interrogation chamber in Guantanamo. Bulky headphones and VR headgear gave users the look of sense-deprived prisoners.

Nearby is a memento mori, by design. Orbital Vanitas, by the Australian artist Shaun Gladwell, views the Earth from space, where a skull-shaped spacecraft makes a graceful crossing. Gladwell, who represented Australia at the 2009 Venice Biennale, says the vessels design is “a critique of VR, because we actually have two of our head senses arrested. It’s almost as if you’re trapped in your skull”.

But there are also examples of the intimacy that VR can create, such as in Dear Angelica, written and directed by Saschka Unseld. The 15-minute animated work, drawn using the VR tool Quill by the New Yorker artist Wesley Allsbrook, is a daughter’s immersive journey into the memory of her mother. It sets a high bar for a medium that often veers into pyrotechnics, shock and sci-fi. Nothing so lyrical was on offer anywhere else at Sundance. 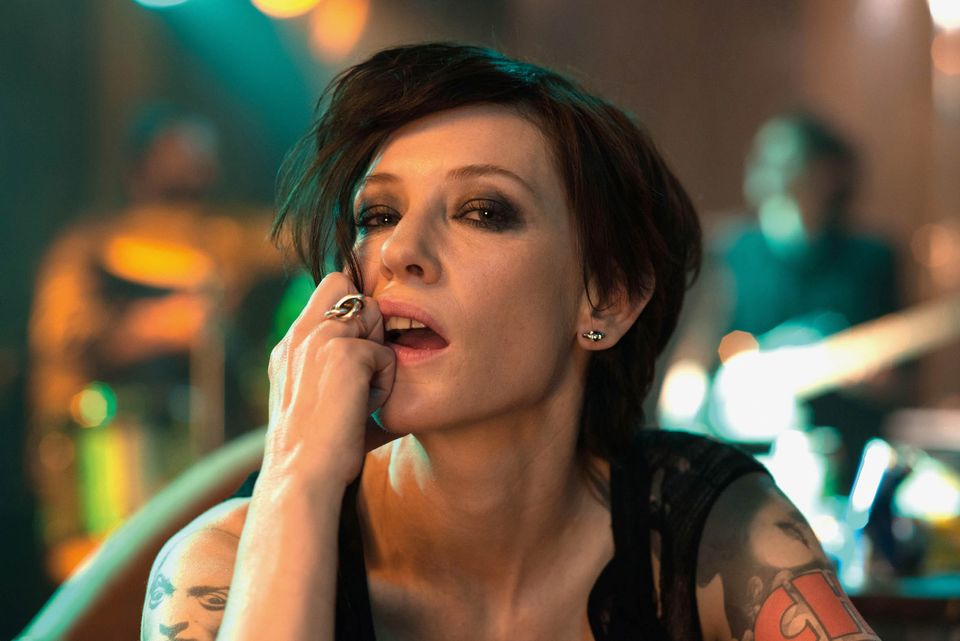 Cate Blanchett appears in Manifesto by Julian Rosefeldt, an official selection of the Premieres programme at the 2017 Sundance Film Festival (Image: courtesy of Sundance Institute, photo by Barbara Schmidt)

Art-related films can also be found in the main festival. In Manifesto, Cate Blanchett performs the declarations of art movements over the last 150 years. While the film was shown as an installation on 13 screens in the Park Avenue Armory’s massive drill hall in New York this winter, a single-screen version premiered at Sundance. The linear version focuses on Blanchett’s range as a performer and on her face as a canvas for the transformative (albeit conventional) power of make-up and cinema.

Returning to art and politics, the documentary film Water and Power: A California Heist, by Marina Zenovich (National Geographic), implicates the Los Angeles art collectors and museum benefactors Stewart and Lynda Resnick in an environmental scheme. The Wonderful Company, a multi-billion dollar agricultural firm created by Stewart Resnick, is alleged in the film to have seized huge quantities of water in drought-stricken California meant for public use, while many residents in the towns nearby lacked access to clean drinking water. Lynda Resnick is a longtime trustee at the Los Angeles County Museum of Art. 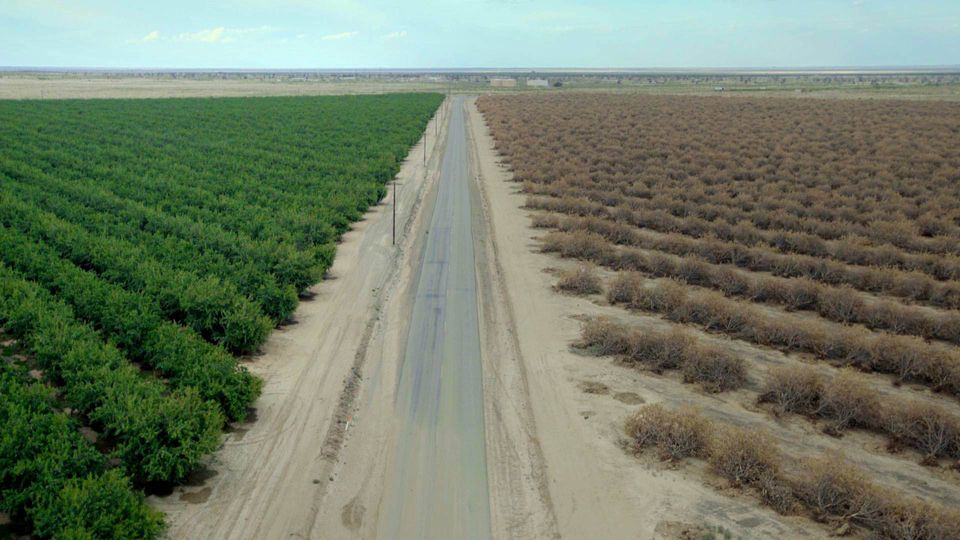 A still from Water & Power: A California Heist by Marina Zenovich, an official selection of the US Documentary Competition at the 2017 Sundance Film Festival (Image: courtesy of Sundance Institute, photo by Fresh Water Films/Bryan Harvey/Tim Gould)
More News