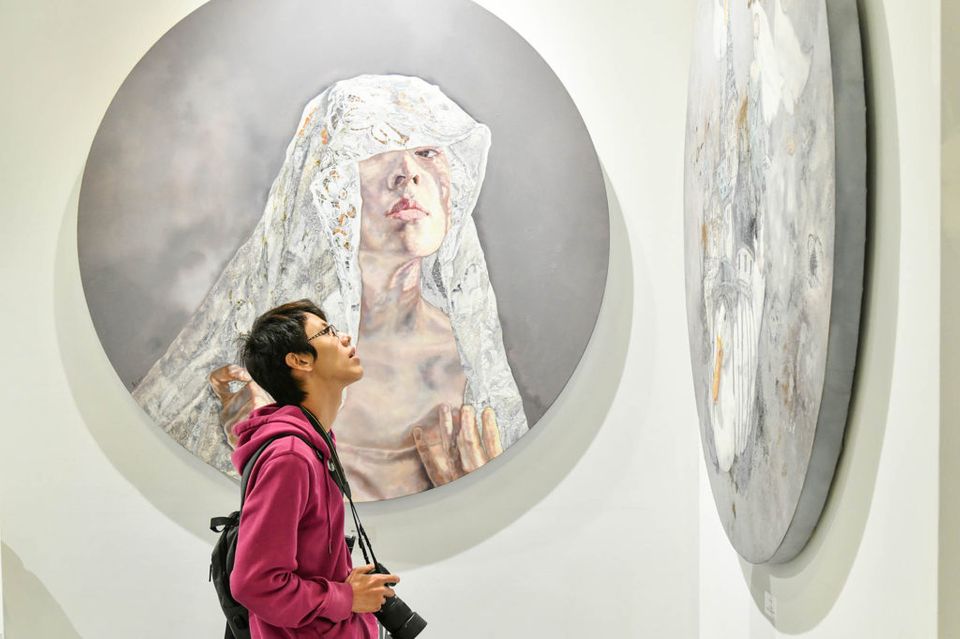 Though the art market of the self-governing democratic island claimed by Mainland China so far feels little pinch from the US-China trade war or protests in nearby Hong Kong, recent restrictions on travel to Taiwan by individual Mainlanders posited more of a challenge to fair participants.

The fair director Ching-Hsin Chung says: “Mainland collectors were down this year, but Japanese, Indonesian and Malaysian buyers took their place. Collectors from Beijing and Shanghai, in particular, were scarce.” But she adds that more came from southern China, due to its proximity to Hong Kong and Macau, from where Mainland Chinese can travel to Taiwan without a permit.

Of Art Taipei’s 141 galleries this year, 20 hailed from Hong Kong or the Mainland, Chung says, including stalwarts ShanghArt and newcomers Ink Studio: “We had two Beijing galleries drop out because they couldn’t get permits: Triumph Art and Another Art.” On Hong Kong, Chung says, “no one knows what things will be like in the next stage – we’re all watching, and all affected.”

The restriction on Mainland Chinese travel to Taiwan was announced by Beijing in July, likely in response to Taiwan’s January 2020 presidential elections and its government’s support for democracy protesters in Hong Kong. It requires Mainland Chinese travellers to Taiwan to join tour groups or receive special permission from the government, though the rule can be circumvented if traveling first to a third country or territory.

“Last year was better for us, because now Chinese domestic collectors cannot come over,” says a spokeswoman for Sunrise Art Center, an ink art gallery in Shenzhen, joining Art Taipei for a second year. “We couldn’t get a permit and filed our applications in August. They won’t allow most people to come, and we don’t know of a single gallery that got it,” she says. “I would not have thought art would receive such impact from politics.” 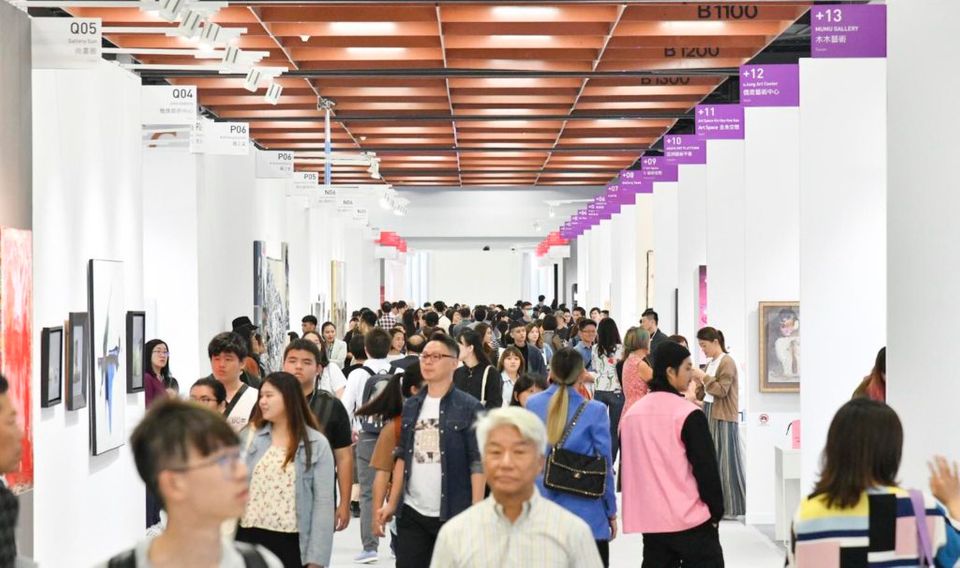 Art Taipei (18-21 October) is organised by the Taiwan Art Gallery Association, run by Chung, who is also the director of Da Xiang Art Space in Taichung, Taiwan. This year the fair included 68 Taiwanese galleries, and partnered with Japan’s Contemporary Art Dealers Association, which brought 12 galleries, out of 31 participating Japanese galleries total. “Japan and Taiwan have a strong relationship, and a lot of Taiwanese collect Japanese art,” Chung says. “We got some criticism for having such small galleries, but these galleries are hard to see otherwise so it is an upside.”

Japanese galleries included Osaka’s Tezukayama Gallery, which has attended Art Taipei for four years. “This is the best year yet for sales,” a spokesman says, adding that the market is “mostly domestic Taiwanese, not [Mainland] Chinese, collectors. The Taiwan market is pretty good now, as is Japan’s, but it is hard to say about the future. We are worried about the Hong Kong situation, and China and the US.” He says Tezukayama has dropped out of Art Central for 2020: “We want to come back to Hong Kong, but for now will focus on [Western fairs]. Mainland China we have no reason to go to.”

Public programmes this year included showcases of Anish Kapoor and of the period following Taiwan’s lifting of martial law in 1987, which echoed ongoing unrest in Hong Kong. Chung says that several works over NTD10m (US$326,936) sold, including several over NTD20m, but many galleries found pricier pieces hard to move. A spokesman for Asia Art Center says: “Not so many collectors with spending power, and maybe the target is more Taipei Dangdai, which is good for Taiwan culture. It gets Western galleries in, and that can raise the industry level here.” The Taiwanese gallery, which has locations in Taipei and Beijing and a contemporary spinoff in Shanghai, this year showcased Japanese Gutai and Mona-ha paintings and the Indonesian icon Affandi. “The two fairs are very different.”

Chung says she has observed less impact from Taipei Dangdai, a contemporary fair launched this January by Magnus Renfrew with Tim Etchells, Angus Montgomery and Will Ramsay, than anticipated. “Art Taipei has a local personality and specialty, we are not trying to be an Art Basel facsimile, but rather something very Taiwanese,” says Chung.

She adds that local mega-galleries Tina Keng and Eslite exited Art Taipei years before Taipei Dangdai launched, and stresses: “Art Taipei is special because of its dedicated connection to the place, and its responsibility to society.”