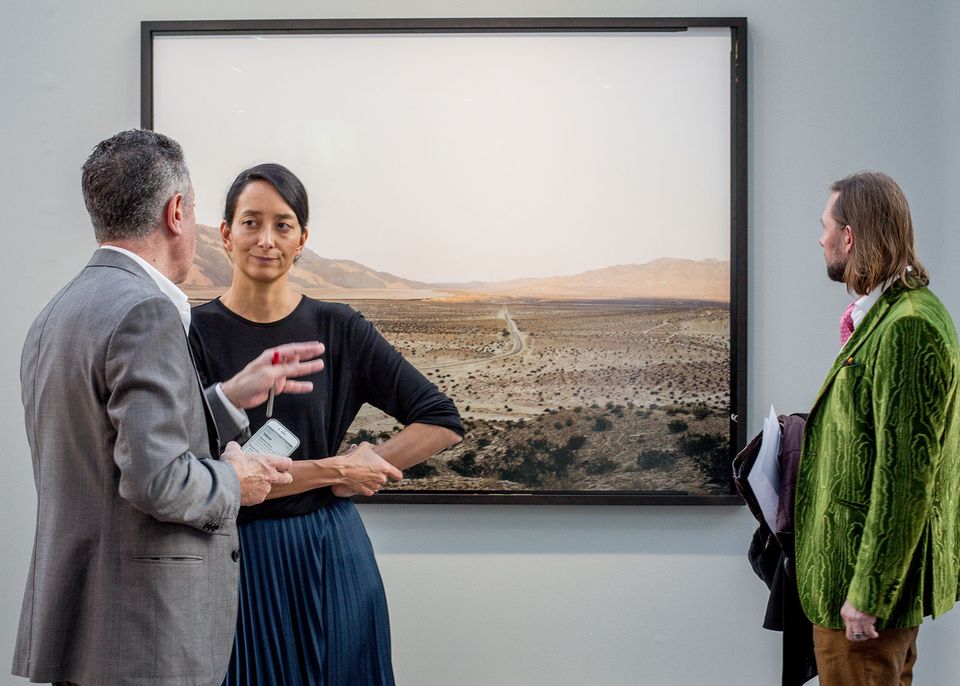 US President Donald Trump’s 25% import duty on printed matter is beginning to have an impact on the art trade. Dealers at the Paris Photo fair earlier this month (7-10 November) feared that the additional surcharge would be off-putting for US collectors and scrambled to find viable solutions to avoid the penalty tariffs.

The import tariff puts an extra 25% tax on UK or German lithographs on paper or paperboard, and pictures, designs and photographs that were printed within the past 20 years. It came into effect on 18 October after the World Trade Organization (WTO) granted the US permission to tax $7.5bn of European exports annually.

“Trump’s response to the trade conflict is like a kindergarten game, and we need clarification [from the shippers on how the tariff is implemented],” said Thomas Zander from Cologne. “An American collector interested in Candida Höfer might want to wait one or two years [until it is lifted]. But we have a partner gallery in Belgium that could produce her new pieces [priced at €60,000] in Brussels and send them to New York.” But Höfer’s older works produced in Germany in the past 20 years would be subjected to the import duty. 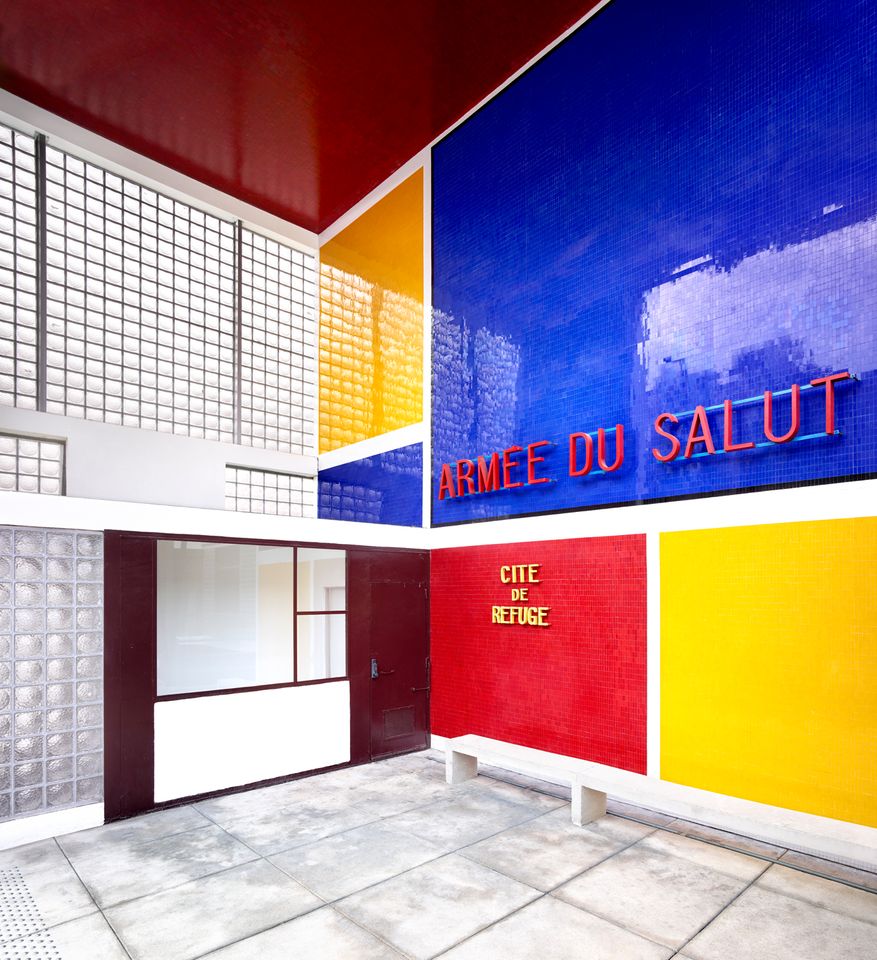 Timothy Persons, the founder of Persons Projects-The Helsinki School in Berlin, is also planning to have works printed elsewhere. “Until now, we’ve been printing works by our Finnish and Danish artists who are based in Berlin in Germany, but now we’ll print them in Estonia if they’re going to American collectors.”

Another option is for photographers to print works in the US instead. “Two American collectors have agreed to pay for my flight to the US and accommodation so I can print my works there,” said Sebastian Riemer, whose works based on appropriating discarded slides of artworks were exhibited by Galerie Dix9 from Paris. “I’m trying to find a laboratory in New York or Los Angeles, but printing and mounting prices are higher in the US,” Riemer adds.

Although the 25% tariff could be circumnavigated in these ways, the matter is more complicated for older photographs made in the past 20 years. “As we deal in editions that are also exhibited at US galleries, we’d have to incorporate the 25% into the price [and pay it ourselves] if we want to compete with a US gallery that already has the work,” said Robert Morat from Berlin, citing the example of the German photographer Jessica Backhaus who is also represented by Robert Klein in Boston. “And with new works, the American gallery could ask [her] to send a digital file and have it printed there.”

Christoph Wiesner, the artistic director of Paris Photo, said the tariff is “very worrying for works produced some years ago that cannot be reproduced now”. He said that several German exhibitors had contacted the fair last month to raise their concerns.

The market for artists making unique work with precise studio techniques may also suffer. “Christiane Feser’s work will be affected; some of our American collectors who already own a piece by her are now not thinking of buying another one because [with the extra 25%] it’s an incredible difference in price,” said Anita Beckers from Frankfurt am Main. 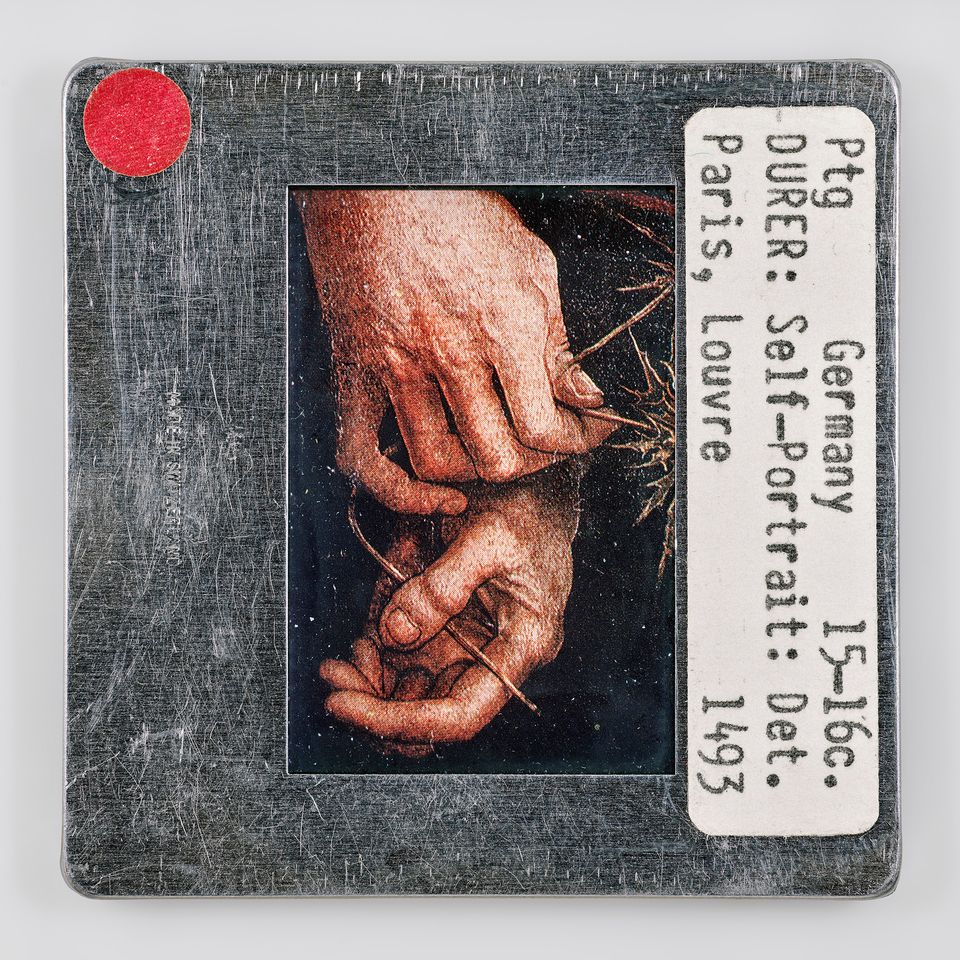 The tariff issue is also playing a role in German galleries’ decisions about whether to participate in US fairs and the works they would bring. “The only way we could do Paris Photo New York [in April 2020] is if we show American artists,” said Hannes Kuckei from Berlin. “We’re participating in Art Miami next month and we’ve decided not to ship any prints from Germany to the US. We will be showing paintings by two American artists instead.”

Who gets hurt the most? It’s the artist. This tariff is a giant wall Frish Brandt, president of Fraenkel Gallery, San Francisco

American galleries that work with artists based in Germany and the UK are also concerned. “It will put a halt on works by artists like Nan Goldin being imported,” said Frish Brandt, the president of Fraenkel Gallery in San Francisco. “We’ll just have to work with what we’ve got [already in storage]. Who gets hurt the most? It’s the artist. This tariff is a giant wall.”

Indeed, one American gallery contacted the photographic laboratory Recom Art in Berlin in early October to enquire if it could print some works and have them sent before the tariff was imposed. However, due to the time required to realise the printing, the request could not be fulfilled. "We will see what will happen now [with the implementation of the tariff] and how this affects production," says Christiane Hardt from Recom Art, one of several German laboratories, also including Grieger and HSL in Düsseldorf, for whom the tariff is not good news.

Undoubtedly, the ramifications have been felt far beyond Paris Photo. “This is shocking for the German art market, and it is absolutely pointless that Trump’s punitive tariff applies to works of art by contemporary artists—this will unnecessarily block cultural exchange and promotion,” said Birgit Maria Sturm from BVDG, the association of German galleries and art handlers. She is contacting the German embassy in Washington to request their assistance in having the tariff revoked.

Equally, the Art Dealers Association of America said: “As with the China tariffs, the new tariffs on art from the UK and Germany will have a detrimental impact on American art dealers and living artists. Additionally problematic is the short time between the WTO’s decision and the tariffs’ enforcement, leaving small businesses little time to prepare and adapt.”

Furthermore, Grisebach auction house in Berlin is fearful about how the tariffs will affect future sales: “We fear that American buyers will price this additional tax on their bids for the artworks in question and therefore may not be able to place bids as high as non-American buyers.”