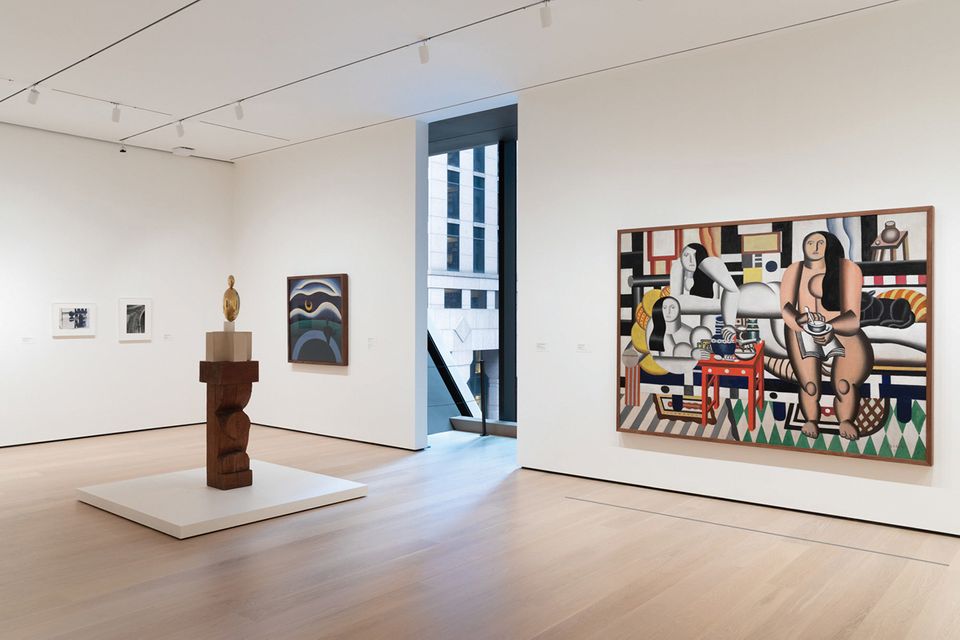 Art world figures share their views of the $450m makeover at the Museum of Modern Art, especially the reinstallation of its permanent collection.

Sheena Wagstaff, chairman of the department of Modern and contemporary art, Metropolitan Museum of Art

MoMA has a beautiful new spirit of generosity, both spatial and intellectual. To shift orthodoxy means introducing credible doubt into received doctrine. I applaud the MoMA curators for acquiring work beyond this hemisphere and presenting a more inclusive presentation of art that is open-ended, more responsive to a changing world, which can only enhance their keepership of the citadel of Modernism. Mixing both original and inherited cultural lexicons, MoMA’s potential is as a critical thought-leader and champion of a different kind of credo.

MoMA has cracked open all of its vaults to make its first pass at an expanded history that does justice to all that those vaults contain. This is not just another building project. The newly conceived collection galleries flow seamlessly and the museum has made explicit its commitment to changing a third of the hang every six months. What the museum gets right here is an architectural construct that supports what it claims will now be an ongoing open-ended investigation of Modernism and Modernisms as well the art of our own time.

The new Museum of Modern Art is so big and bountiful it’s impossible to go full bore on the changes in a few words. So I’ll go specific and be the Lorax of the library. I speak for the vitrines! The museum’s library is the world’s greatest repository for the books, ephemera and unclassifiable artefacts produced by the artists of Modernism and beyond. To see these archives finally knit deeply into the permanent galleries is wonderful—an overdue win for both visitors and art history.

The new MoMA impresses on many levels: the newly enlarged galleries seem to have inspired a curatorial engagement with space that allows the artworks on view to truly breathe. The transcultural (and, in some cases, transhistorical) installations are most meaningful when demonstrable connections among artists exist. And it is thrilling for us at the Guggenheim to see that Hilma af Klint has now entered the legions of great artists championed by this canon-setting museum. I am looking forward to experiencing the new metabolism of their collection installations and to learning from the curatorial risks they will no doubt continue to take.

No doubt my opinion is an outlier, but MoMA’s recent unveiling suggests to me a museum split in two. There’s the museum’s corporate brand, as revealed by its bigger-is-better architecture and its more than passing resemblance to Manhattan’s Hudson Yards project (both sites have Diller Scofidio + Renfro as architects). Then there’s the institution’s mission to act as stewards of anti-formalist diversity. I’m not convinced you can do both without the seams showing.

I think the building is very inviting and, contrary to its previous iteration, it really has a feeling of being engaged in the conversation. As for the hanging, I love the way European art is integrated for the first time in such an interesting way. I’m proud to see that so many of the artists that the gallery supports are presented in such a prominent way, such as Gego, Carol Rama, Senga Nengudi and François Morellet, to list a few. I find the dialogue between the works very refreshing, very unexpected and extremely intelligent. Although it is the work of many curators, it is surprisingly cohesive.