Many say he "opened doors" for black people in the arts and artists like Toyin Ojih Odutola have created works honouring the the 43-year-old Black Panther actor, who died last week 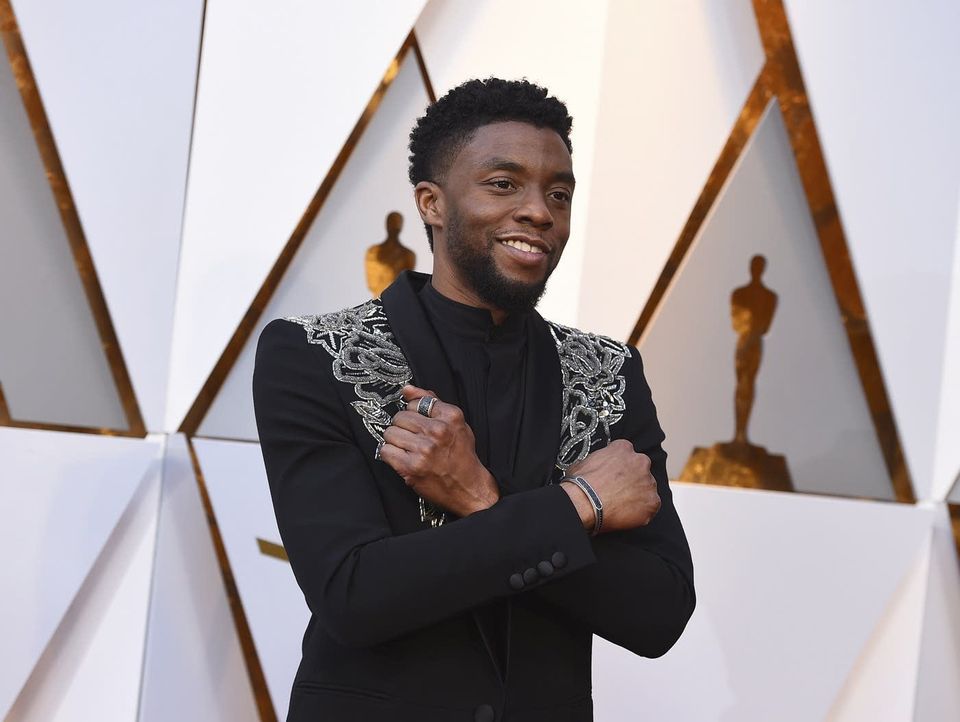 Following the death of Chadwick Boseman, the art world has been quick to honour and mourn the US actor, who is best-known for his portrayals of monumental African-American figures, including his lead role as the superhero King T’Challa in the 2018 Marvel film Black Panther, and for his role as Jackie Robinson, the first black major league baseball player, in the film 42. Boseman died on 28 August after a hushed four-year battle with colon cancer.

An online petition started this week to replace a Confederate memorial in Anderson, South Carolina—Boseman’s hometown—with a statue of the actor has already gathered more than 36,000 signatures. As calls for the removal of monuments commemorating racist and colonial histories continue across the US, the Anderson petition argues that the city should instead “honour a true local legend” who “opened many doors for young black people” in the arts.

The current monument, which shows a Confederate flag and an excerpt of a post-Civil War era poem, was one of various Confederate statues vandalised by demonstrators during the Black Lives Matter protests in June. The Anderson mayor Terence Roberts, who is the first black mayor of the city, has called for the statue to be removed to a museum, although its removal would have to be approved by the South Carolina senate, as it is protected under the Heritage Act.

I normally don’t...but, this was all I could do today to keep from crying. I truly hope this finds y’all healing, treasuring the beautiful moments, and creating spaces where we all can be free. With love, always. T

Yet another petition has been launched by the performer and arts advocate Maya Shed, this time to re-name Howard University's College of Fine Arts after Boseman, who graduated from the esteemed historically black college in 2000. In 2001, the university's fine arts college was downsized and absorbed into a more general College of Fine Arts and Sciences—an administrative decision Boseman vociferously protested in his time as a student. He was awarded an honorary doctorate degree from the university in 2018 and delivered the commencement address, where the re-instatement of the College of Fine Arts was announced.

Over the weekend, the American-Nigerian artist Toyin Ojih Odutola, whose exhibition A Countervailing Theory opened at the Barbican in London earlier this month, shared a poignant portrait of Boseman she created on Instagram. "I normally don’t...but, this was all I could do today to keep from crying," she wrote in the caption.

In a statement, the artist writes that she feels “beyond grateful for what Boseman shared with us”.

She adds: “There’s something about the presence of a person on screen. Film can capture many delicacies of interiority, despite the medium’s inherent distance. With Chadwick, scenes carry a tension, a play on gravity and perspective. Genres and compositions were distinctive and studied. He never wasted a moment: a gesture, a stare, some swagger—always dignified, never simple.” 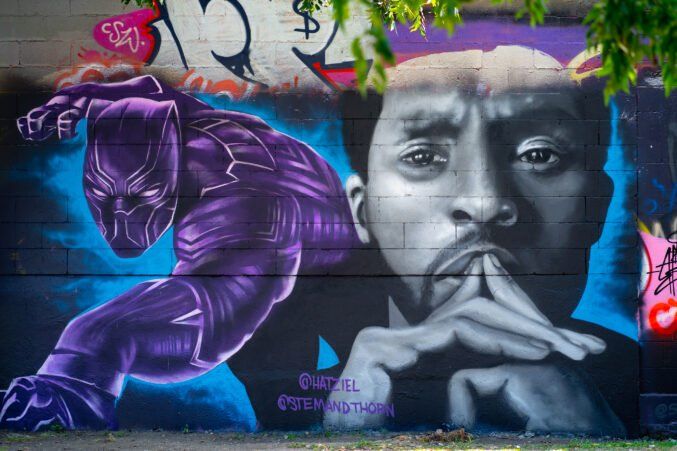 Artists Jeremy Biggers and Hatziel Flores completed the mural at the Fabrication Yard in Dallas on Saturday. Courtesy of Jeremy Biggers

A wave of tribute art has swept the US since Boseman’s death. A viral video shared by the Senegalese artist Bou Bou Niang shows him painting the actor's face with a bouquet of flowers, and the artists Jeremy Biggers and Hatziel Flores unveiled a large-scale mural of Boseman this week at the Fabrication Yard, a graffiti park in Dallas, Texas.