The Italian artist behind a series of paintings featuring three monkeys, used by the Italian football league Serie A in an anti-racism campaign, says he is “surprised” by the backlash against the works. Serie A’s chief executive, Luigi De Siervo, told reporters yesterday that he was sorry about the piece, saying: “We realised [the work] was inappropriate.”

The "No to Racism” paintings of apes, shown at a Serie A press conference earlier this week, were made by Simone Fugazzotto. However, the work “was presented seven months ago during the Italian cup final on television and crucially in sports newspapers and nothing happened,” the artist tells The Art Newspaper.

The work, depicting a trio of apes close-up, was due to go on show at the entrance to the Serie A headquarters in Milan. The campaign is designed to combat racism in Italian football after players, such as Mario Balotelli of Brescia, suffered abuse on the pitch. 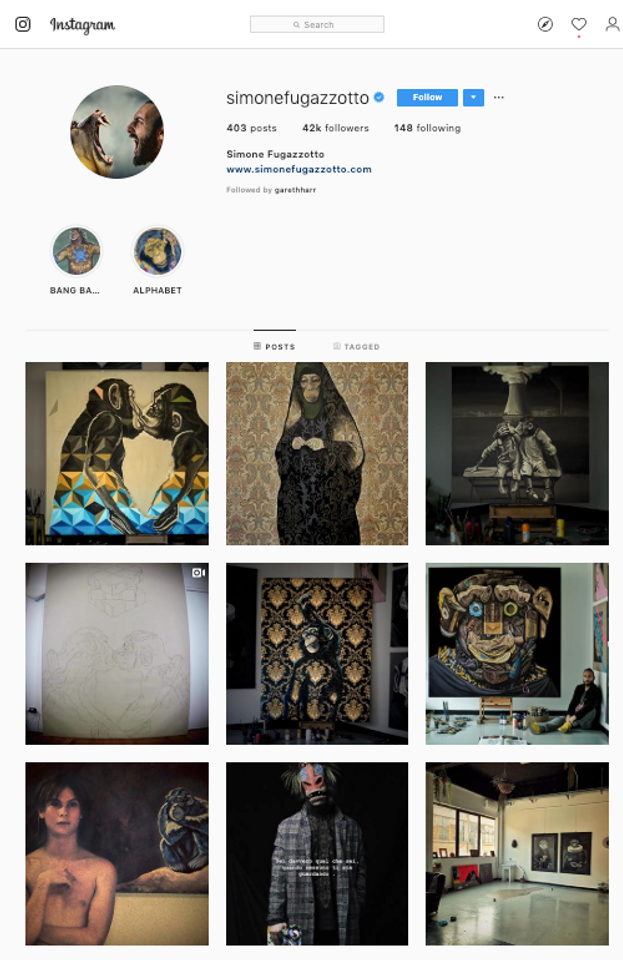 “I have worked with ape figures since 2013 and that’s my only subject, which I use as a metaphor for human beings," Simone Fugazzotto says Courtesy of the artist

But Serie A officials backtracked after several clubs in the league heavily criticised the move. Officials at AS Roma tweeted for instance: “We understand the league wants to tackle racism but we don’t believe this is the right way to do it.”

De Siervo adds in a statement that although the artist had explained that the meaning was specifically a message against racism, many found the work “questionable”. A new anti-racism campaign is due to be unveiled in February. Serie A confirmed that Fugazzotto’s work will not go on show.

Fugazzotto says: “I have worked with ape figures since 2013 and that’s my only subject, which I use as a metaphor for human beings. The message for me was clear, if we cannot stop stupid fans from screaming “monkey" at black people, then I will try to reverse the concept by saying that everyone is an ape. Human or apes—the important thing is we are the same. That’s why I don’t feel it is insensitive. I think this is a new way of conveying an existing, important concept: that everyone is the same.”

He says that trolls on social media have accused him of being racist. “On the other hand, lots of people are showing me total love and understanding; it’s like a breath of oxygen.”