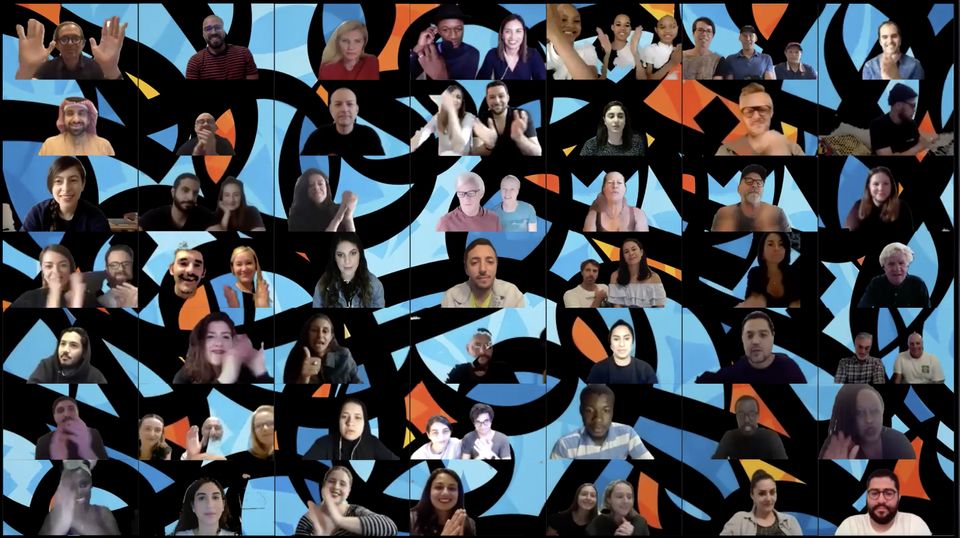 The artist eL Seed has created a new digital collage using the ubiquitous online video chat platform Zoom, which has surged in popularity following coronavirus lockdowns. Comprised of screen views of 49 participants, the composite image reveals faces from around the world in front of a colourful new print by the artist. It features a quote written in the French-Tunisian artist’s signature Arabic calligraphy by the French novelist and former minister of cultural affairs Georges André Malraux: “Art is the shortest path from one man to another and a bridge between nations”.

“I always say art is a pretext. [With this project I am] more than ever convinced by this statement,” eL Seed says in a statement. “Through art and technology, 49 people from many different countries and backgrounds were united to share a unique moment of humanity.”

Creating the collage raised many technological complications given that chat participants are ordered seemingly at random when displayed in "gallery view" during a Zoom video call. eL Seed says he had to study the logic of the platform to work out where each participant would be placed in the 49-screen layout. He then digitally divvied up the print and sent the apportioned "piece" to each person to use as a virtual background, a function available on Zoom that allows a user to change the background against which they appear to an image of their choosing. 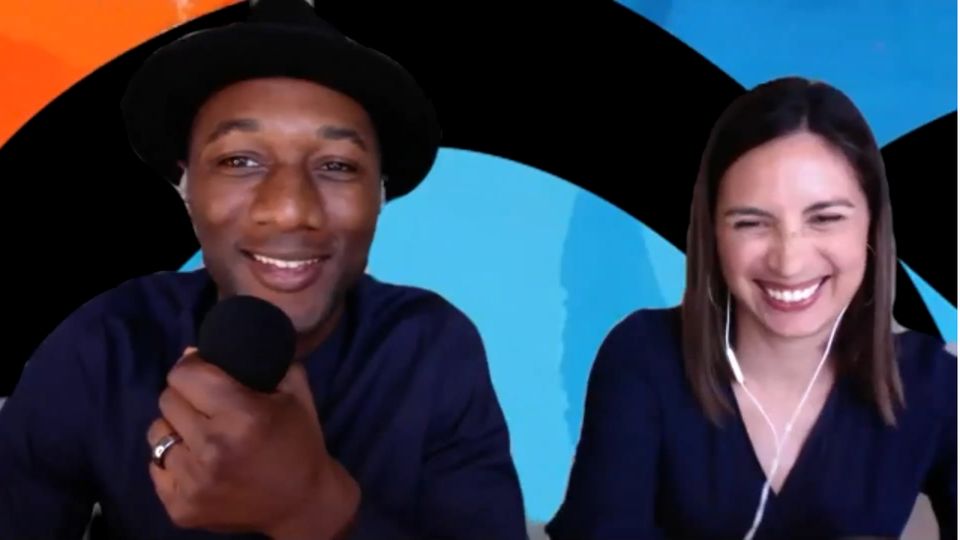 Even more complicating, each participant had to be admitted to the Zoom “meeting” in the correct order to ensure the collage would come together. This, paired with varying internet connections of the participants—in locations including China, Pakistan, Tunisia, Italy, the UK, Rwanda and Romania—meant that the final image took over an hour to create.

The artist likens the process to conducting a symphony. “Each person was a single instrument playing a solo. Person by person, I could witness the artwork taking shape," he says. “As the conductor, I just had to synchronise the participants [to] shape the final picture.”

eL Seed invited some of the work’s participants to share songs and dances during the process of orchestrating the work. The US musician Aloe Blacc sang some of his hits including The Man (2013) and Love is the Answer (2013) with accompaniment by his wife and fellow singer Maya Jupiter. Additional performances came from the Dutch dancers Norah, Yarah and Rosa, Instagram stars who have appeared on the Ellen DeGeneres Show.

Other people who took part included Beatrice Trussardi, the president of Fondazione Nicola Trussardi in Italy; the Los Angeles-based artist Peter Tunney; Jeremy Steinke, the director of development and advancement for the DESERT X festival; and Sultan Sooud Al Qassemi, an Emirati collector and professor. 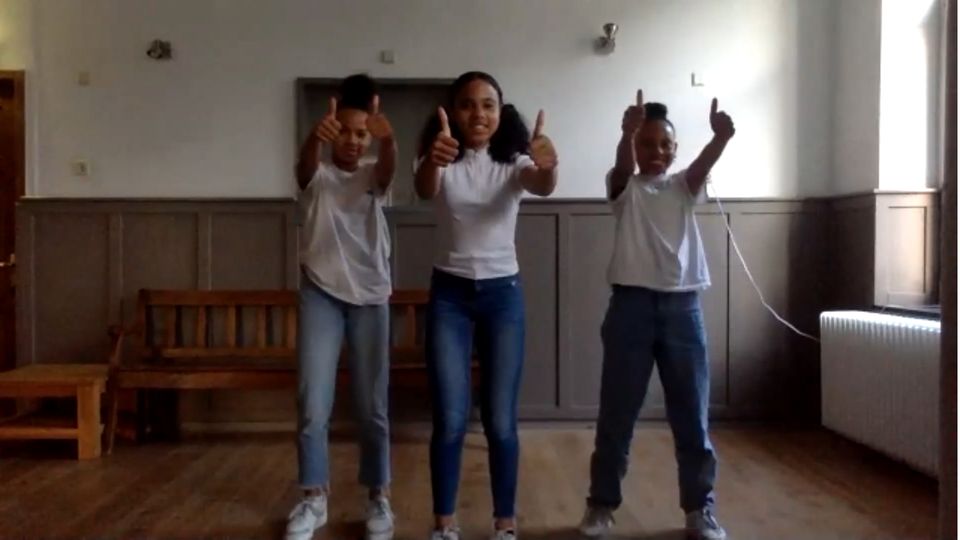 “The best part of it was not the artwork, it was the ambiance, the energy, and the love everyone shared during the call,” eL Seed says of the project, in which the writer of this article participated. “For over an hour we were all at the same level, in unison, sharing the same human condition.”

eL Seed drew comparisons between this work and his huge anamorphic mural that covers 50 buildings in Cairo. Both involved a lot of preparation and collaboration and both took longer than expected. "I was really thinking that [the Zoom call] was going to take 20-30 minutes. I thought that the project in Egypt would take two weeks and it actually took three. I am too optimistic." 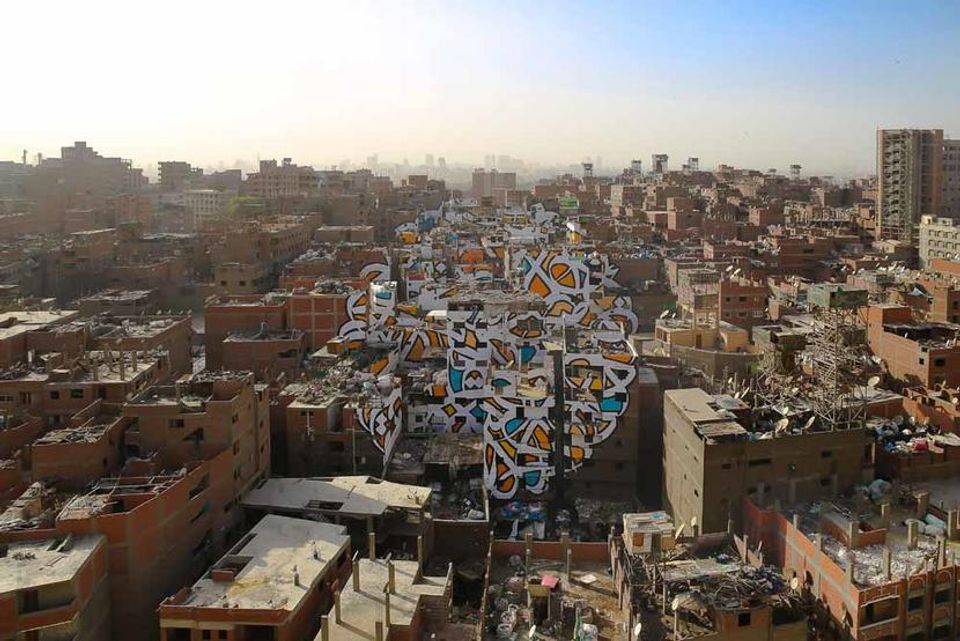 The artist will sell an edition of 49 lithographs from the original artwork on his website, with half of the proceeds going to the hospital of Boulogne-Billancourt, where he grew up in France, and the other half to hospitals in Gabes, the Tunisian city where his family are originally from. 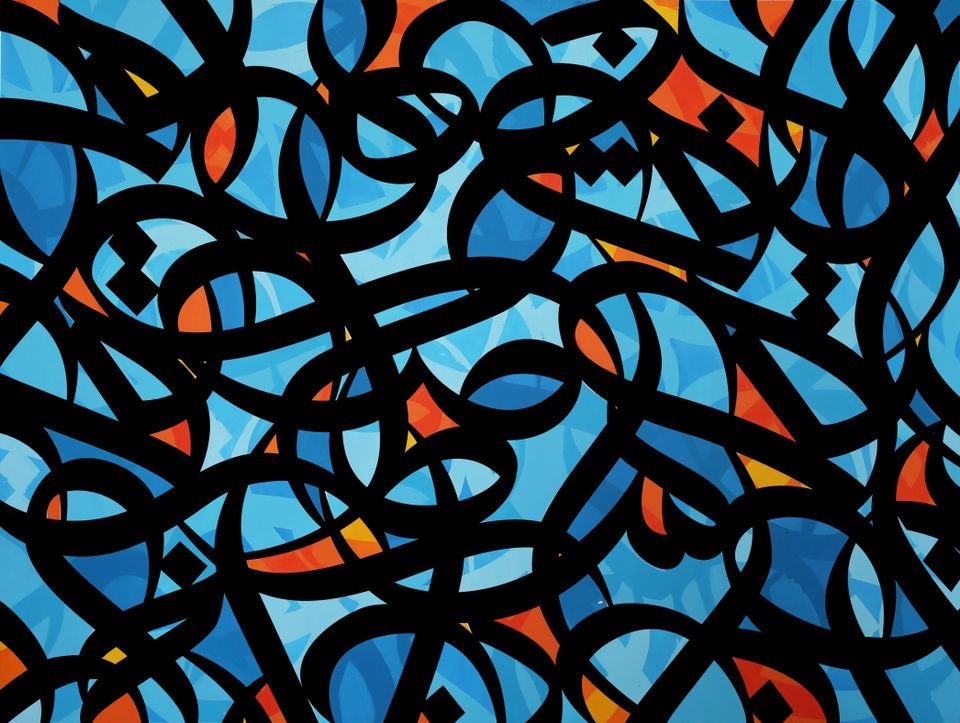 Prints of the original work will be sold to benefit hospitals in France and Tunisia. Courtesy of the artist
More NewsTopicseL SeedSocial mediacoronavirus