Hundreds to take part in re-enactment of America’s largest slave rebellion, ending with a victorious celebration in New Orleans 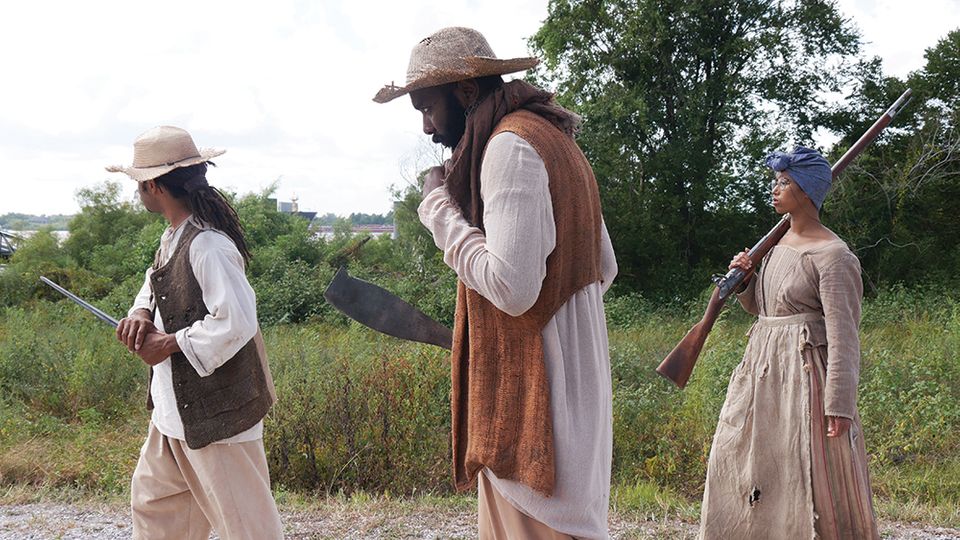 On 8 November, the New York-based artist Dread Scott will lead 500 Louisiana residents in 19th-century dress to recreate the German Coast plantation uprising of 1811. Participants are due to follow the same 26-mile march the rebels made—east along the Mississippi River, through St John the Baptist, St Charles and Jefferson parishes north of New Orleans—growing in number as they go while brandishing muskets and axes and chanting freedom fighter anthems.

While the 19th-century slave rebellion was quelled by a late-night encounter with US dragoons, Scott’s Slave Rebellion Re-enactment plans to depict an alternative ending, which, should it have come to pass in 1811, might have drastically changed US history. After defeating the dragoons, the artist’s Army of the Enslaved will arrive in New Orleans’s Congo Square on the morning of 9 November, where they will celebrate their victory.

The success of the uprising could have done more than change race relations in the US, according to Scott: “It could have changed the map of the United States, if not the world.” The aim was not just to end slavery, but to imagine an autonomous, independent nation where enslavement was outlawed, the artist explains. “How might that have changed American industry, or altered westward expansion, or ended slavery in different places sooner?”

The performance also forces a frank reckoning with America’s present. Since it involves a militant mass, largely of people of colour, armed and marching through the streets in a state where the Klu Klux Klan leader David Duke held political positions into the late 20th century, there has been some concern voiced over the safety of the participants. 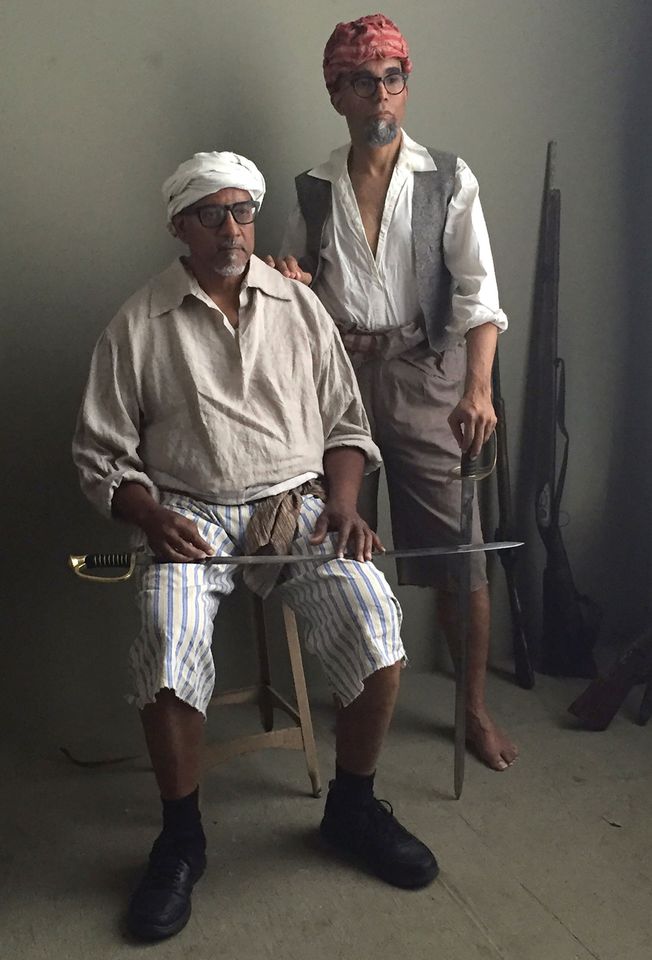 Dread Scott, right, and a participant in costumes designed by Alison Parker for his Slave Rebellion Reenactment © Dread Scott

Scott says, in general, the local community has enthusiastically welcomed the performance. “That said, this is America. An America governed by a president who, when he sees a white supremacist driving a car into peaceful demonstrators, says that there are good people on both sides,” he adds, referring to the Unite the Right rally in Charlottesville, Virginia, when a woman was killed after an attendee of the rally drove his car into the crowd. “We are preparing for there to be people that might not appreciate this,” Scott says.

To that end, the artist has worked with the New Orleans-based arts organisation Antenna, which has helped fundraise for and promote the event, and set up phonebanks and events to inform community residents and leaders of the performance and recruit their support—or allow them to voice their dissent.

It could have changed the map Dread Scott, artist

of the United States, if not the world“It was like running a political campaign,” says Antenna’s founder, Bob Snead. As with a campaign, a security detail will follow the procession. Snead adds that all 500 participants had to complete de-escalation training, and rehearsals for the performance involved running potential security scenarios to prepare for aggressive situations. “It’s unfortunate that, in this era, we have to be worried about physical backlash against an artistic work about freedom,” Snead says.

Pastor Donald August, the parish leader at Rising Star Baptist Church, which is located along the rebellion route, says that, despite any potential danger, the potential good is exponential and he has actively encouraged church members to get involved.

“Anyone who understands the culture of the Deep South knows that these histories don’t get talked about, even though people here may have had relatives affected by or involved in the rebellion,” August says. Indeed, despite being the largest slave rebellion in US history, the German Coast uprising is little known, even in the region, which has been plagued by poverty in the wake of the declining agricultural and oil industries. “I want people to know, especially the younger generation, that there has always been a drive for freedom here, and there is still a desire for freedom here: economic freedom.”

Scott says that restaging the uprising “can open up people’s understanding of how change happens and what is needed to do it, from fundraising to security preparedness”. He adds: “The people that were enslaved in 1811 felt that they really had a problem, and they had to go about the hard, complicated work of figuring how do you lead a slave rebellion. They had a bold vision, and I think right now, us modern-day people often have our sights constrained."

• Listen to our podcast interview with Dread Scott here.