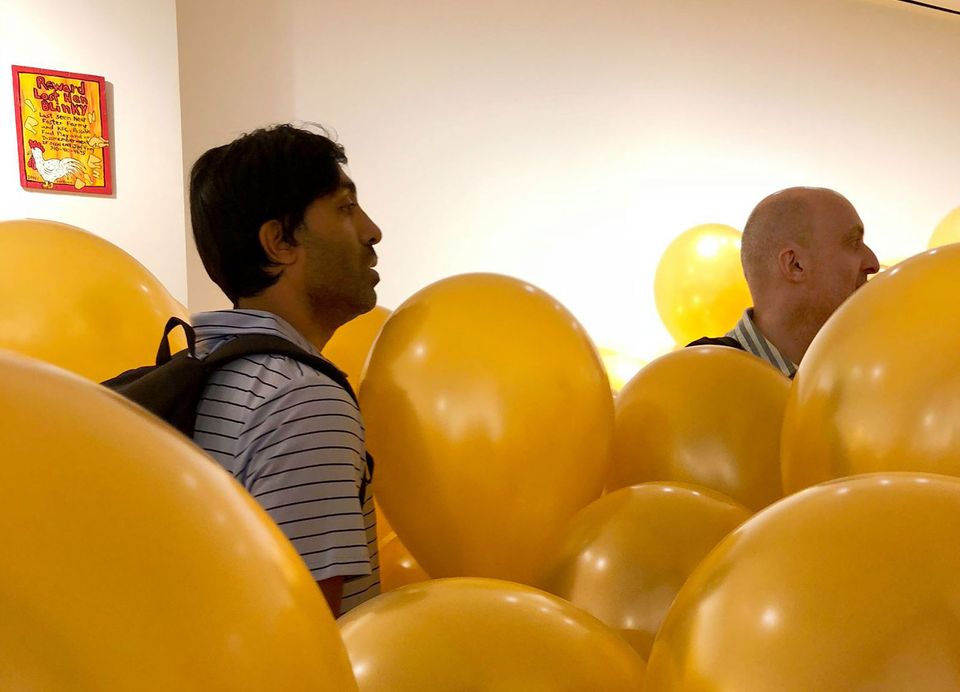 The artist Jamie Isenstein has withdrawn her work from a summer group exhibition at Anton Kern Gallery following criticism of the show’s treatment of racist source material. Organised by the independent curator Ali Subotnick, the show was inspired by the 1968 film The Party, which stars the white comedic actor Peter Sellers in brownface, playing a bumbling Indian man.

Isenstein’s removal of her contribution—which consisted of two watercolours and a newly completed sculpture, a ceramic clock that releases bubbles every quarter hour—was prompted by an op-ed published by the artists Ajay Kurian and Vijay Masharani in ArtNews. In their piece, Kurian and Masharani focus on a quote from Isenstein about the film that she says was dashed off in a private email and then included in the press release without her knowledge. The pair cites her words in making a larger argument that the exhibition "bluntly sidesteps, particularizes and ultimately dismisses" the film's use of brownface and the attendant issues that it raises. They also note that the show’s roster of artists is almost exclusively white.

Isenstein says that in the lead-up to the show, she and Subotnick had discussed the film’s racism but not the way the exhibition would deal with it. “I expected, since she was discussing the comedic aspects of the film, that she would be addressing the use of brownface, because that caricature is the main comedic device,” Isenstein says, but adds that she thought the curator would include work by other artists that deals with the those issues. After reading Kurian and Masharani's critique, “I realised that if I expect the show to address racism, I also have to address it. I should have thought longer about my assumption that other artists would do it for me.” That is why, Isenstein says, she ultimately decided to withdraw her work. “I think white people have a lot to account for,” she says. “And we have to do it together, and there are no shortcuts.”

In a statement, Subotnick says: “The show was inspired by the comic aspects of the film, and it focuses on the comedic impulse in art. I naively assumed that anyone watching the film today would immediately recognise the ridiculousness of a white man portraying an Indian, and that it is a product of its time (not that it’s excusable). I sincerely apologise for my insensitivity and ignorance, and for offending anyone; that was never my intention.” Subotnick says she respects and understands Isenstein’s removal of her work.

Kurian says he was surprised by Isenstein’s decision. "I think it's a gesture in good faith," he says, adding that he is glad the artist did not take the critique personally but rather addressed it publicly as best as she could. "There's no point at which she felt like she had the right to disregard this claim because of who she is." 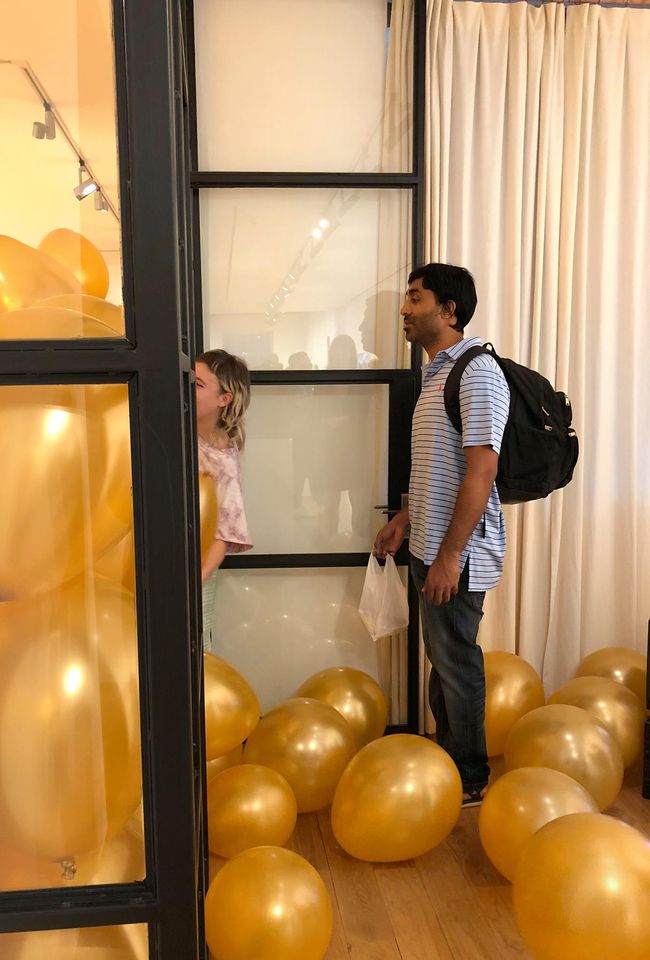 Kurian says that he came across the press release for The Party while browsing through summer group shows online and was surprised by its dismissal of the central issue surrounding the film. “I felt like, because of the press release, it would be weird for South Asians to go to that show. That’s what got me thinking, well, if they want to make a joke out of it, why don’t I turn the joke back on them?”

He enlisted Masharani as a collaborator, and the duo decided that, in addition to writing an opinion piece, they would attend the 12 July opening “in disguise” as everyday Indians, “not part of the art world, simply wandering around after working his job nearby,” Kurian explained in a Facebook post. Masharani, in his own post, likened their performance to the role that Sellers plays in The Party and said he imagined his character as "younger, slightly more fluent in American, with a bigger chip on his shoulder. Basically, I held myself a little taller, my belly stuck out a little further, I stood a little closer, and I smelled a little stronger." They planned to arrive separately carrying bags of takeout food, act as if they didn’t know each other, and engage with attendees.

“It felt like a naughty gesture for me to masquerade as something that I already am,” Kurian says. He adds that he is “the only person in my family in any way shape or form, going back as far as I know, that has gone into the arts,” so he knew the kinds of guileless questions that such a character would ask.

The intervention went smoothly until, about an hour into his time there, Kurian received a text message from Masharani saying that he had been kicked out of the gallery. Kurian had decided by that point to wrap up his own performance, so he headed for the door. As he began to walk downstairs, he says he noticed gallery owner Anton Kern trailing behind him. “I’d slow down and slow down, until it became clear that he wasn’t going to walk around me. When I got to the bottom, he barked at me, saying things like, ‘You need to leave right now,’” Kurian said. “I looked as if I was very scared, but I didn’t say a word. I mumbled a little. I looked at him a bit longer and then walked out.”

A spokesman for Anton Kern Gallery acknowledges that "one visitor was asked to leave during the opening" and says it was because he "had entered the gallery with a container of food that was open inside of the bag and in danger of spilling out and was eating directly from the bag. The gallery does not allow outside food, and it was felt that this person did not handle this in a responsible or safe manner."

Asked about Kurian and Masharani's larger critique of the exhibition, the spokesman called it "valid". Trying to separate the film's comedic aspects from its use of brownface, he said, "lacks criticality and sensitivity". He added: "We are now doing our best to rectify this and Ali has reached out to them both directly on her and the gallery’s behalf to initiate a constructive dialogue concerning this."