Open letter describes the Garrison Church, damaged in the Second World War, as the symbol of an “unholy alliance” between church, military, and state 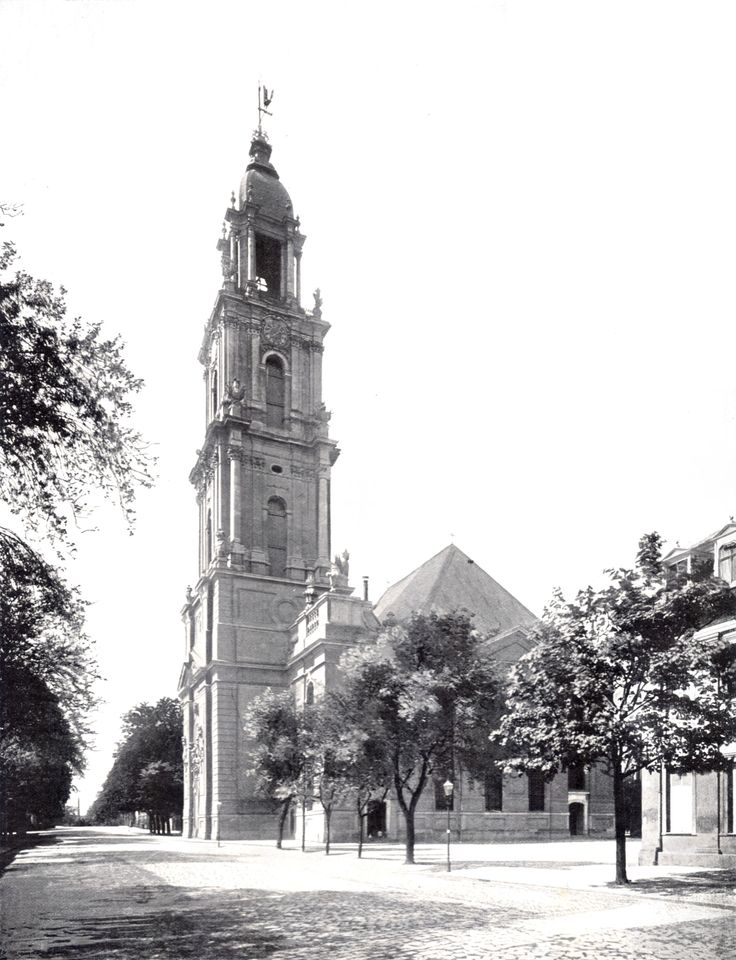 The artists Thomas Demand, Monica Bonvincini, Olaf Nicolai and Gregor Schneider are among the first signatories of an open letter and petition calling for a rethink of the ongoing reconstruction of Potsdam’s Garrison Church, which they say is the symbol of an “unholy alliance” between the church, the military and autocratic state powers.

The Garrison Church, a building steeped in German history, was first built under King Frederick William I of Prussia in the 1730s. In 1945, the interior caught fire in Allied bomb attacks on Potsdam, and the tower, with its famous glockenspiel, partially collapsed.

Though the city and church authorities put forward plans to rescue the tower, it was blown up on the orders of East Germany’s Communist leadership in 1968. An initiative to rebuild it was launched in 2004, and the controversial reconstruction began in 2017. The church is intended to serve as a centre for “peace, reconciliation and awareness-raising,” according to the Garrison Church Potsdam Foundation website.

The open letter addressed to German President Frank Walter Steinmeier and Culture Minister Monika Grütters argues that the reconstruction project has “not drawn a convincing line under the problematic traditions of this place,” which include close identification with the Nazi era.

The church was also “where German colonial wars including the genocide against the Herero and Nama received their blessing,” says the letter, initiated by Philipp Oswalt, a professor of architectural theory at Kassel University. Other signatories include the curator Kasper König, the dealer Gisela Capitain and the collector Harald Falckenberg.

“This is intended to become a place of learning about German history,” the letter says. “If that is the only intention, why do we need to reconstruct the Garrison Church in its original form?”

Both Frederick William I and his son Frederick the Great were buried in its crypt. Johann Sebastian Bach complimented its organ after playing there. Among those who paid their respects at Frederick the Great’s tomb were Tsar Alexander I and Napoleon.

In 1933, the church hosted the state ceremony to inaugurate the newly elected Reichstag, where a handshake between Adolf Hitler and President Paul von Hindenburg was interpreted as acceptance from conservative nationalists for the Nazi leader. Among its parishioners were some of the conspirators in a failed plot to kill Hitler on 20 July 1944.

The cost of the reconstruction is estimated at €40m, according to the foundation. So far, it has raised €28m: of that, €12m came from the federal government. The tower is scheduled for completion in 2022.

The letter demands that a reconstruction of the glockenspiel, donated in 1991 by an army officer whom it describes as a “right-wing extremist,” should be removed from the site, saying it contains various “revisionist, radical right-wing and militaristic inscriptions.”

It demands that none of the historical representations of weaponry in the décor of the church should be restored. It also calls for a reorganisation of the foundation, which it says continues to represent church, military and political power, without encompassing civil society organisations engaged in defending human rights.

The Garrison Church Potsdam Foundation responded in a statement that the accusations against the foundation’s make-up were defamatory, and said it had held discussions “with a number of partners” from civil society. The foundation said it has not yet determined whether the historic glockenspiel will be replicated, or whether a new version will be built. It defended the church tower as “part of Potsdam’s city image.”