Billionaire political outsider has few supporters in the art world

Leading artists raised millions for Hillary Clinton’s unsuccessful campaign to become the first female US President while her rival, the Republican nominee Donald Trump, found little favour with the art world. On the morning after the property developer and political outsider’s victory, artists in the US and abroad have been quick to express their disappointment.

The Berlin- and London-based artist, Wolfgang Tillmans, re-posted on Instagram an image of the Statue of Liberty weeping, while the Brazilian artist Vik Muniz simply posted a black square from Clinton Hill in Brooklyn. The New York-based artist Pablo Helguera says he is not sure how to break the news to his young daughter, who was "certain when she went to bed that a woman would be president". He adds: "Ironically, the relevance and urgency for art is greater than ever."

On Instagram, the British artist David Shrigley posted an image of an apple pie and a skull, and Jake Chapman reacted by posting the word “Idiocracy”. Chapman tells us: "We all seem to know how ludicrous Trump is, but like [Nigel] Farage in the UK, we were incapable of producing a political argument to stop him." Meanwhile, the Turner-prize winning, cross-dressing British artist Grayson Perry, whose has a new book on male identity, The Decent of Man, commented on the US election result via Twitter. Perry described Trump’s views as “out-of-control, backward looking masculinity”. Cornelia Parker says she is "catatonic with shock". 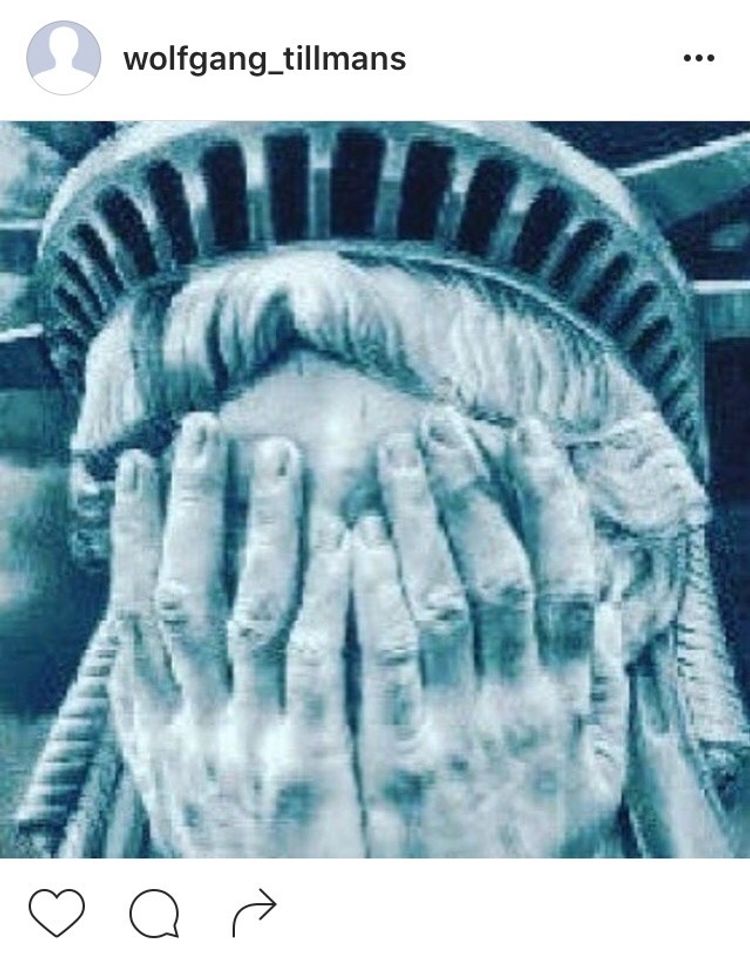 The British artist Stuart Semple tells us that he "woke up to to find that a deranged, misogynistic, celebrity idiot is ruling the world". He adds that: "the sad fact is that out of dire times, quite often we see great challenging art. This is such a time and the pain the world is about to go through is the reason."

Ahead of yesterday’s vote, the US artist Barbara Kruger designed the front cover of New York Magazine. It featured a close-up image of Trump’s face with the word “Loser” outlined in the artist’s unique font. Other artists who opposed Trump’s bid for the White House, and financially backed pro-Clinton funds, included Jeff Koons, Chuck Close and Marina Abramovic. Shepard Fairey, who famously designed a poster supporting Barack Obama's presidential campaign in 2008, blogged that he was dismayed and disheartened by the election results, describing Trump as a candidate “with unprecedented narcissism and zero experience as a public servant”. He added that Trump has “zero ability to relate to the struggle of average Americans”. Other commentators attribute Trump’s success to the fact that he is a political novice whose politically incorrect rhetoric resonates with voters seeking change.

The British artist Jeremy Deller, who is also not a fan, reflects on Trump's "primal appeal", calling him a "rock-and-roll candidate". He says: "Like a classic rock star, he was unpredictable, charismatic and broke taboos." But also, "like many rockers of his generation", Trump "has antiquated views and behaviour towards women", Deller says.

The Berlin-based artist Olafur Eliasson posted his thoughts on Trump's  appeal to protest voters. He said: "As an artist, I realise that we in the cultural sector have failed to adequately address the feelings of frustration that people of many nationalities—including, as yesterday made clear, many Americans—harbour with their societal structures. There is deep anger and scepticism. Trump saw the extent of this anger and, much to my surprise, by reflecting it he must have appeared to offer some kind of hope, albeit in deeply polarising, populist terms that are clearly racist and misogynistic."

The breaking news of Trump’s victory sent stock markets down, although his victory speech had a calming effect. Next week’s New York auctions, which were moved to avoid clashing with the election, will provide the first indication of the art market’s response to the prospect of a Trump presidency.

In his speech, Trump gave special thanks to his advisor, the former Mayor of New York, Rudy Giuliani. When mayor in the late 1990s Giuliani threatened to evict the Brooklyn Museum from its building in a row over showing a work by the British artist Chris Ofili, The Holy Virgin Mary.

• With additional reporting by Anny Shaw and Louisa Buck

UPDATE: this article was updated to include Olafur Eliasson's comments.