No deal prospect and track record as London Mayor scrutinised 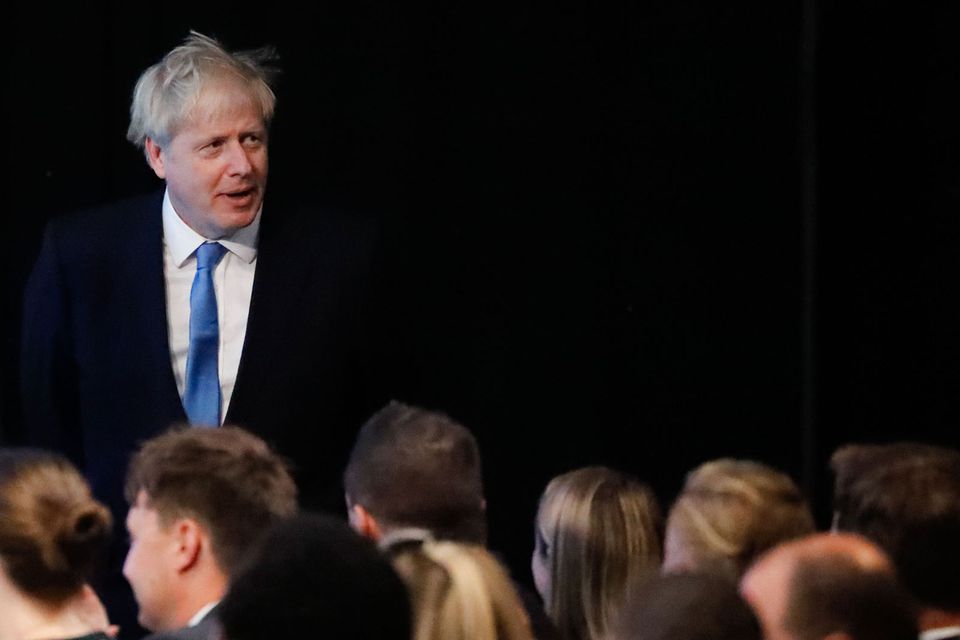 Leading artists have raised concerns about Boris Johnson’s record on the arts and the future standing of the UK following his victory in the Tory leadership contest today. Johnson is the new Prime Minister after members of the Conservative party voted him in by an overwhelming majority. The former mayor of London won the contest by 92,153 votes. His rival Jeremy Hunt received 46,656 votes.

During Johnson’s tenure as mayor (2008-16), the Scandinavian artist duo Elmgreen & Dragset created a work for the Fourth Plinth on Trafalgar Square in 2012. Powerless Structures, Fig 101 depicted a young boy riding a rocking horse. Michael Elmgreen says that Johnson was “utterly unprepared for any of the press events, when we were announced as winners of the Fourth Plinth project for 2012”.

Johnson's stance on the arts may be hard to predict. “When Boris Johnson campaigned to become mayor of London first time, one of his pledges involved cutting budgets for art projects like the Fourth Plinth; that was until he realised that culture for London was actually a good [thing]. Typically, he had strong opinions about subject matters he didn't have any clue about, and then later he had to change his mind when he was finally confronted with the facts. However, that didn't really make him interested in the arts,” Elmgreen adds.

“It is ridiculous to hear him being so nationalistic now; it didn't seem to bother him that big chunks of London were sold off to foreign investors during his terms as mayor,” he says. Boris Johnson did not immediately respond to a request for comment.

Johnson’s “do or die” Brexit plan to leave the European Union on 31 October with or without a deal has also sparked concerns. Asked if he is optimistic about the future, the Bristol-based photographer Martin Parr, known for his documentary images of the British public at work and play, says: “In a word no, as we potentially hurtle towards a no deal. Although I think parliament will stop this and then we'll have to have a general election,” he says.

Asked who will gain from a Johnson premiership, Parr adds: “The people who will benefit are the hard Brexiteers, people earning over £50,000 and rather surprisingly school budgets [Johnson has pledged to increase spending on education by £4.6bn per year by 2022].” The Turner prize winner Jeremy Deller tells us meanwhile that the only person to benefit from Johnson’s time in No.10 will be “[the man] himself”.

How the arts and culture sector will fare remains to be seen. The artist Helen Masacz, part of the Lot5 Collective, says: "This depends on the outcome of Brexit: the worse case scenario, the Conservatives under Boris will cut the arts even further! If Boris stays in the EU or miraculously gets a good deal then I'm optimistic the arts may have minimum funding. The Conservatives have sliced the art budget and I don't see much changing."

Nonetheless, Ed Vaizey, the UK minister for culture from 2010 to 2016, argues that a Johnson premiership could be grounds for hope for the arts. “He appointed Munira Mirza as his deputy mayor for culture, and she remains an important figure in the arts as King’s College London’s executive director for Culture,” Vaizey says. According to The Observer newspaper, Mirza is lined up to head No 10’s policy unit. Previously a development director for the Conservative think tank Policy Exchange, she sits on the board of the Illuminated River Foundation.

In addition to supporting the Fourth Plinth sculpture competitions for Trafalgar Square, during his eight-year tenure as mayor, Johnson also supported the relocation of the Museum of London to West Smithfield and backed the creation of V&A East on the former Olympics site in Stratford.