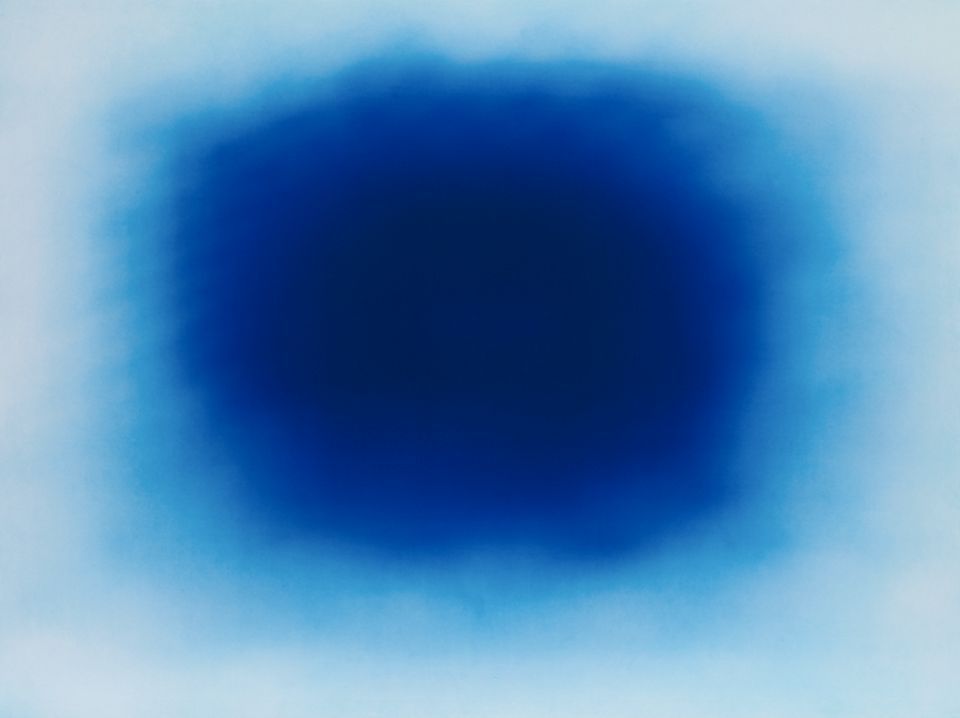 The artist Tim A. Shaw and curator Niamh White started the charity Hospital Rooms after a friend was sectioned and admitted to a mental health hospital. Shocked by the cold, drab interior when they went to visit their friend, Shaw and White founded the charity in 2016, inviting artists including Gavin Turk, Sonia Boyce, Nick Knight, Julian Opie and Mark Titchner to create site-specific works for the walls of mental health units.

Now, Hospital Rooms has teamed up with the artists Anish Kapoor, Richard Wentworth, Cornelia Parker, Giles Deacon, Emma Talbot and Unskilled Worker on a new project to raise funds to help patients in NHS mental health units. To mark Mental Health Awareness Week (18-24 May), on 21 May the charity will drop the first of a series of six weekly releases of limited edition posters on their website starting with Anish Kapoor’s Breathing Blue. All posters are priced at £50 and in limited editions of 100 (some are signed).

Each new poster will be released on the charity’s website and social media channels on Thursday at 12pm. All proceeds will go towards funding the Hospital Rooms Art School project: an artist-led series of digital art workshops for patients in mental health units in NHS hospitals. Friends of the charity will be able to purchase the posters four hours in advance of them going live—you can sign up to the Hospital Rooms Friend Scheme (from £8.50 per month) via the website.

The coronavirus lockdown has made this a particularly difficult time for inpatients in mental health units, as patient leave and visitors have been stopped. For those with mental health issues living in their own homes, remote support has also been much reduced or stopped entirely, so they are without access to activities that would normally provide intellectual and creative stimulation.

Hospital Rooms’s own site-specific projects in mental health units are also unable to go ahead at the moment, and the charity has had to furlough its entire staff due to the coronavirus crisis. “This is a time where we are all gaining some understanding of how it feels to have our freedoms restricted and how important it is to create an environment that helps us sustain our mental health,” says co-founder Niamh White.

The artists Richard Wentworth says of his involvement: “People ask artists to do things: tone of voice and angle of approach always affects my initial reaction...Hospital Rooms is in a league entirely of its own.At a stroke, one just knows the brilliance of their enterprise, being reminded (re-minded) of the exceptional reach of Hospital Rooms and the quality of their imagination and its effectiveness.”