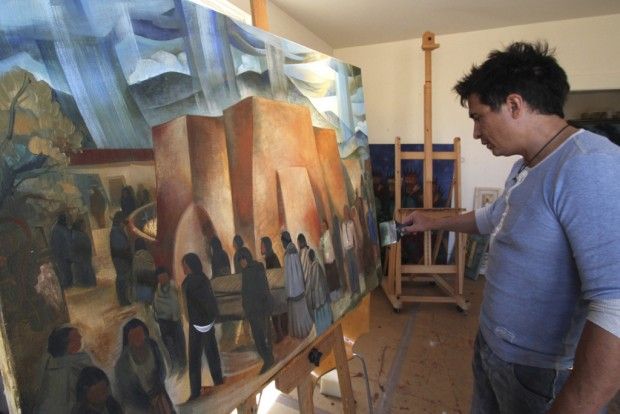 The Navajo (Diné) Nation—which occupies nearly 20,000 acres of New Mexico, Arizona and Utah, an area roughly the size of Ireland—has been particularly hard hit by the coronavirus (Covid-19) pandemic, having faced higher infection rates per capita than all individual states in the US. Navajo artists and arts organisations are also facing an unprecedented economic toll as the pandemic has caused the cancellation or digital migration of major cultural events that often generate a significant portion of their annual income.

One such event is the International Folk Art Market (IFAM) in Santa Fe, which attracted more than 20,000 visitors last year and annually contributes around $12.5m to the local economy—a figure that includes the profits of local galleries and other small businesses, according to organisers.

The crisis has “forced those who are reliant on the revenue generated from these large events to rethink how to sustain themselves”, says Stuart Ashman, the chief executive of IFAM. “Not having the market and all of its associated activities is a huge loss for the artists, the organisation and the entire community.”

IFAM was not able to produce a sales platform in time to replace the event, but instead will hold a five-day online auction of works from 5-10 July and have launched a donation-based sponsorship programme for artists who were slated to participate in the fair for the first time. The digital initiative, however, perhaps “misses the celebratory nature of the market that draws people in and compels them to make purchases”, Ashman says.

He adds that IFAM organisers “had been thinking of having online sales for quite a while, but current Covid-19 restrictions forced us to initiate an alternative faster than we anticipated, which was an added hurdle for an organisation that has relied on direct contact with artists and customers for nearly twenty years.”

Meanwhile, the Southwestern Association for Indian Arts (SWAIA) was forced to cancel the 99th edition of the Santa Fe Indian Market, which has an annual economic impact of around $165m for New Mexico and drew 120,000 attendees in 2019, according to organisers. The centennial event is now scheduled for 2022, leaving countless Indigenous artists from around the country without one of their largest money-making opportunities of the year; many artists make a third to one half of their yearly income at the event.

Yet SWAIA has also made efforts to boost their online presence in light of the pandemic. The fair has launched a digital sales platform for its artists, which will be available for one year beginning on 1 August, when the week-long fair was slated to open, and will host a series of programmes like artist interviews and virtual studio visits. 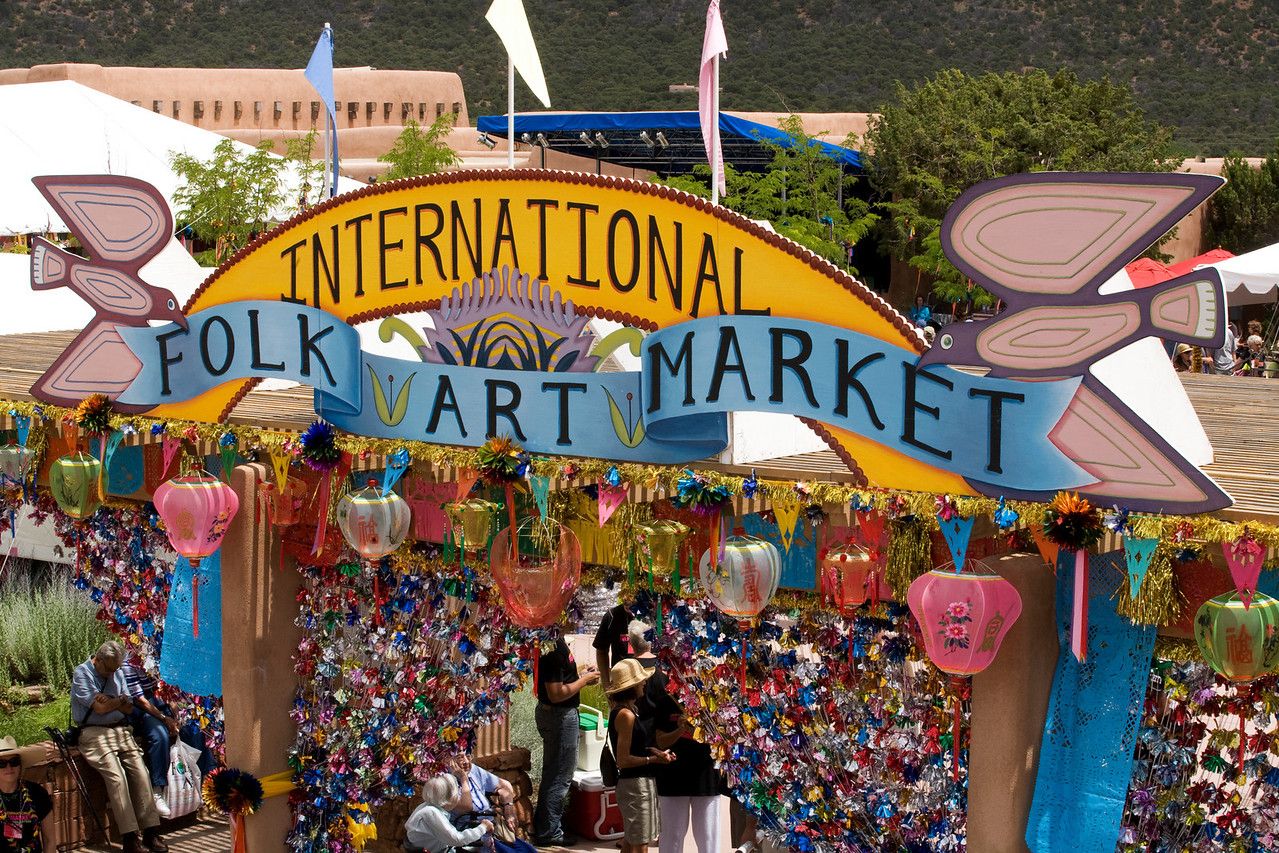 The International Folk Art Market will produce a five-day online auction of works from 5-10 July in lieu of an event this year. © Bob Smith

While the cancellation was “devastating news for our artists, who make anywhere from 25% to 95% of their annual income during the market, an online platform gives us the opportunity to be creative and develop a business model that’s forward-thinking and sustainable,” says Kim Peone, the chief executive of SWAIA.

Although the organisation predicts a 90% loss of revenue due to the pandemic, Peone says that the “silver lining in this is that there is no way we could have put together this labour-intensive and time-consuming online platform if we were in the mode of hosting an actual market in August”.

She adds: “It’s given us the opportunity to concentrate on something that’s perpetual and that will last, and to target communities that are underserved, like the Navajo Nation.”

Even as case numbers trend downwards within the Navajo Nation, the tribal government offices has ordered residents to stay home for another three weeks as the number of coronavirus cases rises quickly in Arizona and Utah. While in-person events remain restricted for the foreseeable future, the Navajo painter Tony Abeyta says that slowdown and digitisation of the market has provided “a progressive opportunity for artists to reflect on their online presence, and to focus on photographing their work and selecting the finest pieces to represent their practice”.

His show at Owings Gallery in Santa Fe was scheduled to coincide with the opening night of SWAIA in August and has been digitised. But without a physical venue to showcase work, Abeyta argues that artists have been placed in “a new era of responsibility where we have to take authority over our own art, our own lives and our own careers”, without relying on other people and white-dominated institutions.

He adds: “We don’t know if this will last another three months or another three years. We’re in this time where nature is in charge and dictating everything so it’s one of the greatest times for renaissance. The Italian Renaissance, for example, was born from the Black Plague and led to some of the greatest testaments to human creativity. But it took adversity to create that.”