Newport Street Gallery to present survey of Bali-based US artist

Ashley Bickerton is to get his first major retrospective in the UK thanks to his friend and long-time collector Damien Hirst. The show of work by the Bali-based US artist, which is due to open in April at Hirst’s Newport Street Gallery in south London, follows numerous disappointments with other institutions. Bickerton tells us that five planned museum retrospectives have fallen through. “I am too eccentric; I didn’t pass muster with the boards,” he says. “The beautiful thing about Newport Street Gallery is that there’s only one person on the board.” 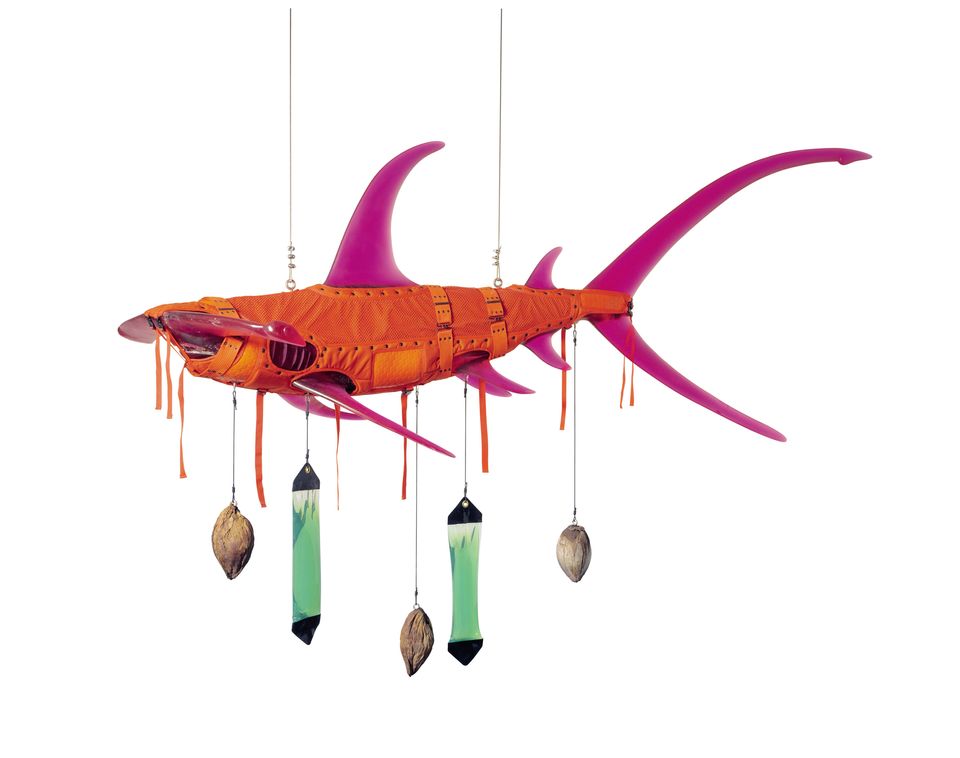 Hirst met Bickerton in New York in the late 1980s, where Bickerton had become—for a very short period—a celebrated member of the Neo-Geo movement, alongside Jeff Koons and Peter Halley. “My initial reaction was: ‘Who the hell is this obnoxious little monster?’” Bickerton recalls of Hirst. “But I have a soft spot for extreme cases and horror quickly gave way to pleasure, and we soon became really close.”

The majority of the exhibition (21 April-20 August), which features 50 works spanning more than three decades, is drawn from Hirst’s collection. The show will include examples of Bickerton’s consumerist assemblages from the 1980s and pieces from his early and garishly coloured Travelogues series. It will also include works featuring the blue man, a recurring character in Bickerton’s paintings who is loosely based on Gauguin and whom Bickerton describes as a “parody of the archetypal 19th-century anti-hero”. The artist is also creating new pieces for the show that will “unite the disparate directions” his work has taken.