Spring events must negotiate ongoing travel restrictions and quarantines, and some organisers have already postponed

UPDATE: this article was updated on 28 January to reflect the postponement of Gallery Weekend Beijing 2021 from March to 23 April to 2 May 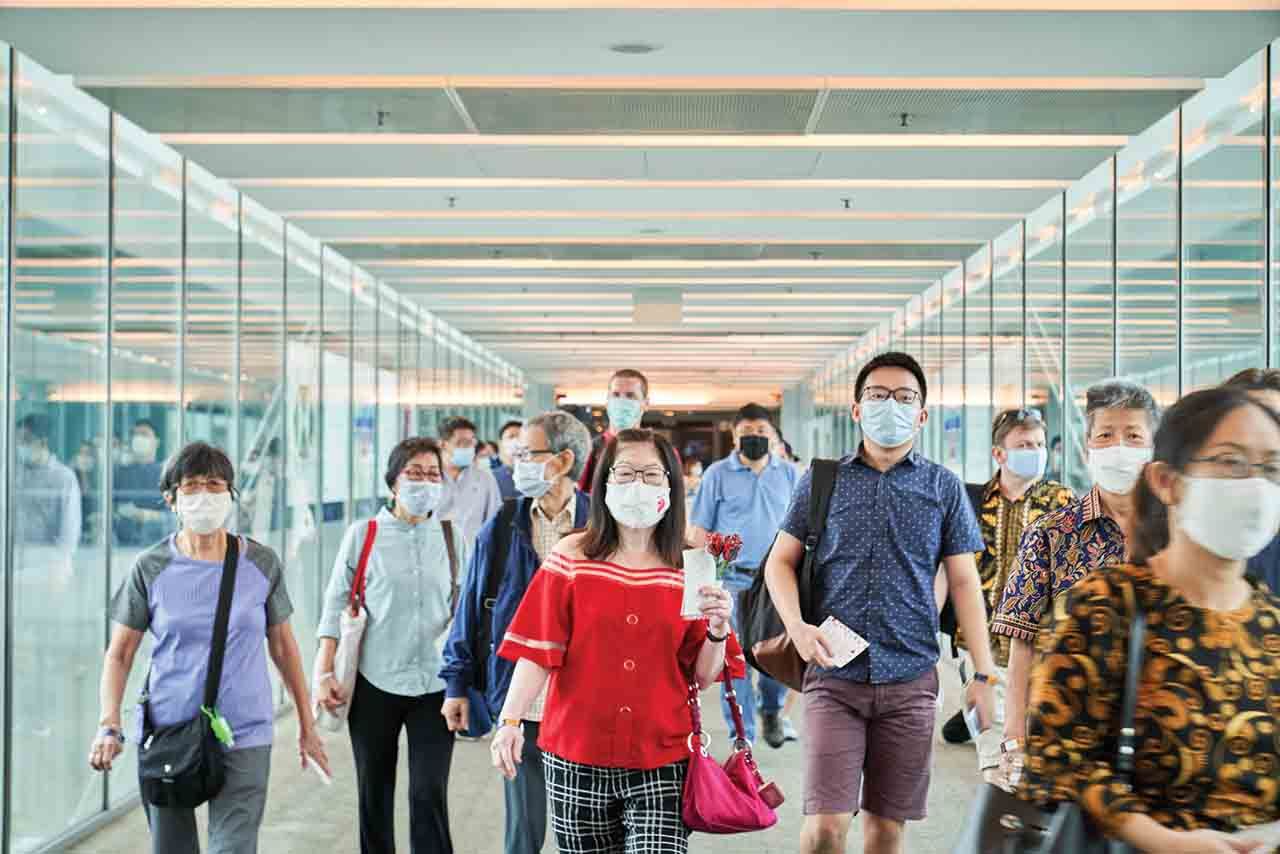 Singapore’s borders are open only to residents and permit holders, subject to quarantine Lauryn Ishak/Bloomberg via Getty Images

Mass distribution of Covid-19 vaccines has begun around Asia, but with restricted borders and strict quarantine regimes for travellers still the norm, the resumption of art fairs this spring is being thrown into doubt.

At the time of writing, a few events planned to forge ahead, such as Singapore art week and the third edition of S.E.A. Focus fair (until 31 January). But Art Fair Philippines, usually held in February, has been postponed as a “mainly digital platform”, says its co-founder Trickie Lopa. Then, all eyes are on Art Basel in Hong Kong (ABHK), which has moved its 2021 fair from March to 21 to 23 May. But that is still contingent upon resumption of some international travel to the city, which currently requires a 14-day quarantine. Covid restrictions aside, ABHK also must contend with worsening censorship and political crackdown from mainland China.

“The format, timing and scope of our fairs in 2021 will very much depend on the global travel situation,” says Art Basel Asia director Adeline Ooi, adding: “It is imaginable that our Hong Kong fair next year will be smaller and more regional in scale.” Ooi says that Art Basel in Basel, now postponed from June to September, could be pushed back if conditions require, but “we remain fully committed to holding our fairs in Hong Kong, Basel and Miami Beach”.

While Singapore’s borders remain open only to residents and permit holders (with 14-day quarantines), art can come in even if people cannot. Fifteen of S.E.A. Focus’s 27 participating galleries are based outside the city state. Shasha Tittmann, the director of Lehmann Maupin Hong Kong, says the gallery’s team cannot travel to Singapore, so it will join the fair’s showcase with a single work by Mandy El-Sayegh. “With borders closed, these regional art fairs have become local fairs again,” Tittmann says. “In both Shanghai and Busan [in November 2020] we saw strong support and were able to sell to first-time buyers of the gallery. Without the international travel and the buzz of dinners and parties, the fair experience has had to adapt and simplify in many ways—but at its core, it’s still delivering an experience that’s worthwhile.”

In mainland China, currently open to only nationals and special exceptions, subject to 14-day quarantines, nine million vaccines had been administered as of mid-January, but Gallery Weekend Beijing has postponed from March to 23 April to 2 May. However, even previously open-door states such as Japan and Indonesia are now restricting entry to prevent the new UK strain of the virus from gaining a foothold. Taiwan, meanwhile, closed in spring 2020 to most non-residents.

Tittmann says: “The current situation is really unprecedented. Two months ago, we thought we would be in a better global position with the pandemic. On the upside, we didn’t expect so many vaccines to be approved so quickly. It will come down to how fast they can distribute and when international travel agreements can be made.”

As Tittmann says, “there is even less leniency from governments for international travel that could derail domestic efforts. Galleries will have to continue adapting to the various situations until we can see results from the global vaccine programme.”