Authorities destroy sculptures in the Maldives 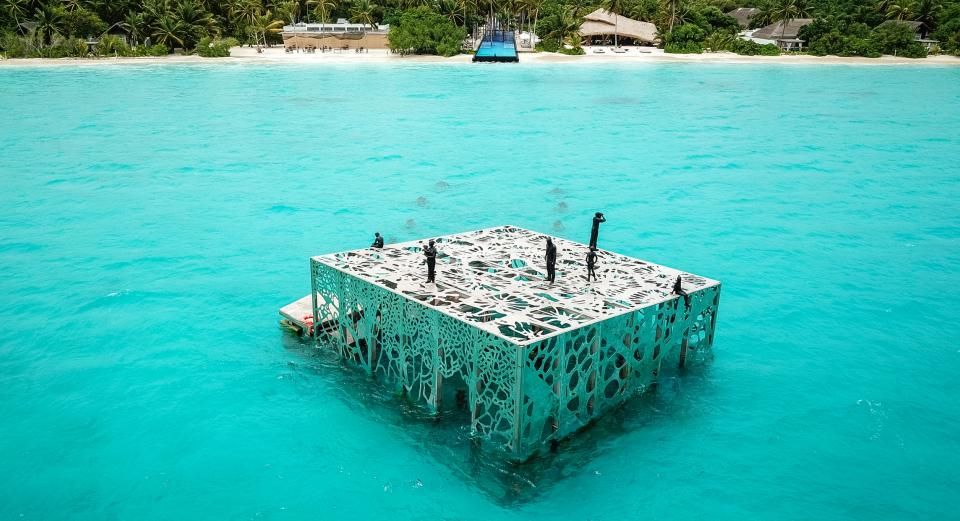 Jason deCaires Taylor's Coralarium in Sirru Fen Fushi, Maldives before the sculptures were destroyed © The artist/courtesy of Accor Hotels

Against the backdrop of a fractious national election campaign, authorities in the Maldives have followed though on threats to destroy a series of sculptures by the British-born artist Jason deCaires Taylor.

On 21 September, local police officers, backed by a court order, used pickaxes and other tools to publicly smash the human-like figures that form the focal point of the artist’s Coralarium installation at the Fairmont Maldives Sirru Fen Fushi resort. The destruction followed condemnation by local Muslim leaders and politicians, including President Abdulla Yameen, of what they deemed to be the un-Islamic depiction of human figures.

The Accor hotel group, which owns the Fairmont resort, said in a statement that it was surprised by the police’s actions, but that the removal process had been “peaceful and friendly”. A spokesman says: “Permissions were sought and granted before the installation. This artwork was intended as an immersive way to educate people about the environmental concerns impacting the Maldives and the world, while helping to rejuvenate and restore local coral reefs.”

Since creating his first underwater sculpture park off the Caribbean coast of Grenada in 2006, DeCaires Taylor has completed large-scale installations across the globe, establishing himself as one of the foremost names in underwater art. Works such as the Coralarium often have an environmental component, acting as artificial reefs that boost marine fauna.

In a statement published via his personal email newsletter, DeCaires Taylor said: ”On Friday last week, I was extremely shocked and heartbroken to learn that my sculptures have been destroyed by the Maldivian Authorities at the Coralarium, despite continued consultations and dialogue. The Coralarium was conceived to connect humans to the environment and a nurturing space for marine life to thrive. Nothing else! The Maldives is still beautiful, with a warm and friendly population but it was a sad day for art and sad day for the environment.”

The Accor group says that the main Coralarium structure remains intact and that is has initiated “re-imagination plans with the artist” that “will be in harmony with the locals and environment.”