Artists take on postcolonial themes at Eva International, as Limerick gears up for its bid to be the 2020 European Capital of Culture 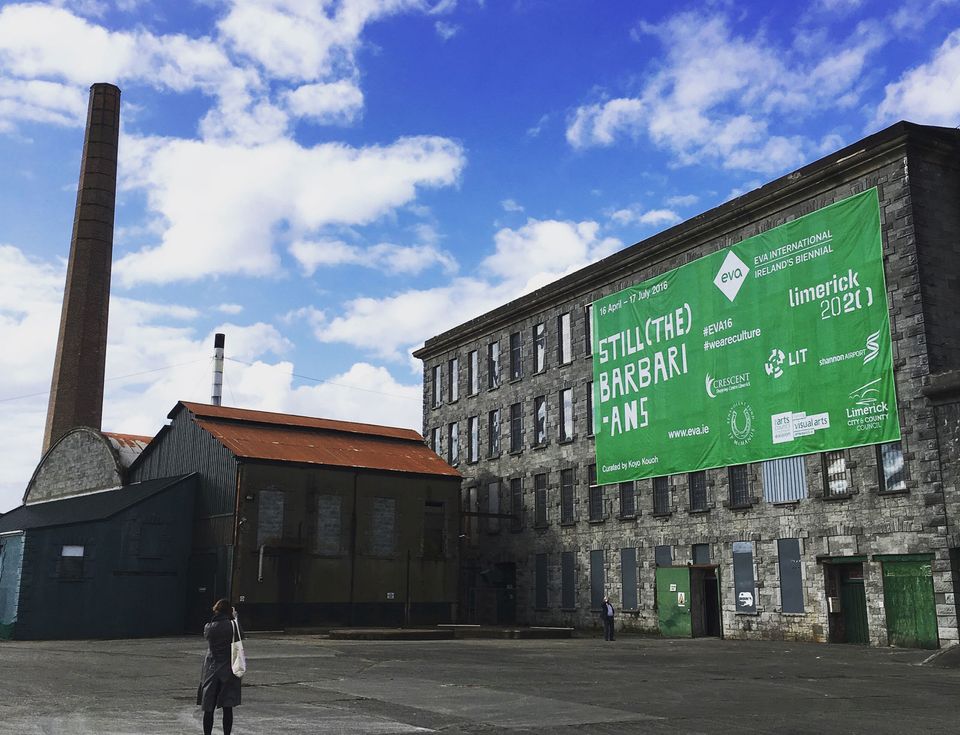 Eva International: Ireland’s Biennial opened this weekend in Limerick, Ireland, taking as its theme the “postcolonial condition” to coincide with the 100th anniversary of the Easter Rising. As Koyo Kouoh, the biennial’s Cameroonian-born guest curator, pointed out at the press conference on Thursday, we do not often think of European countries as having been colonised, but Ireland was under “800 years of occupation”.

There is work by 57 artists from 23 different countries in this year’s exhibition (until 17 July), titled Still (the) Barbarians after a 1898 poem by the Greek-Egyptian writer Constantine Cavafy, which touches upon the idea that a state needs outsiders in order to define itself.

Among the many new commissions this year, are a performance by Liam Gillick—who invites drinkers at the Mother Macs pub to relay the plot of a film—and a three-site installation by Carsten Höller, where visitors can trigger a response from the voice-recognition software by saying particular words. 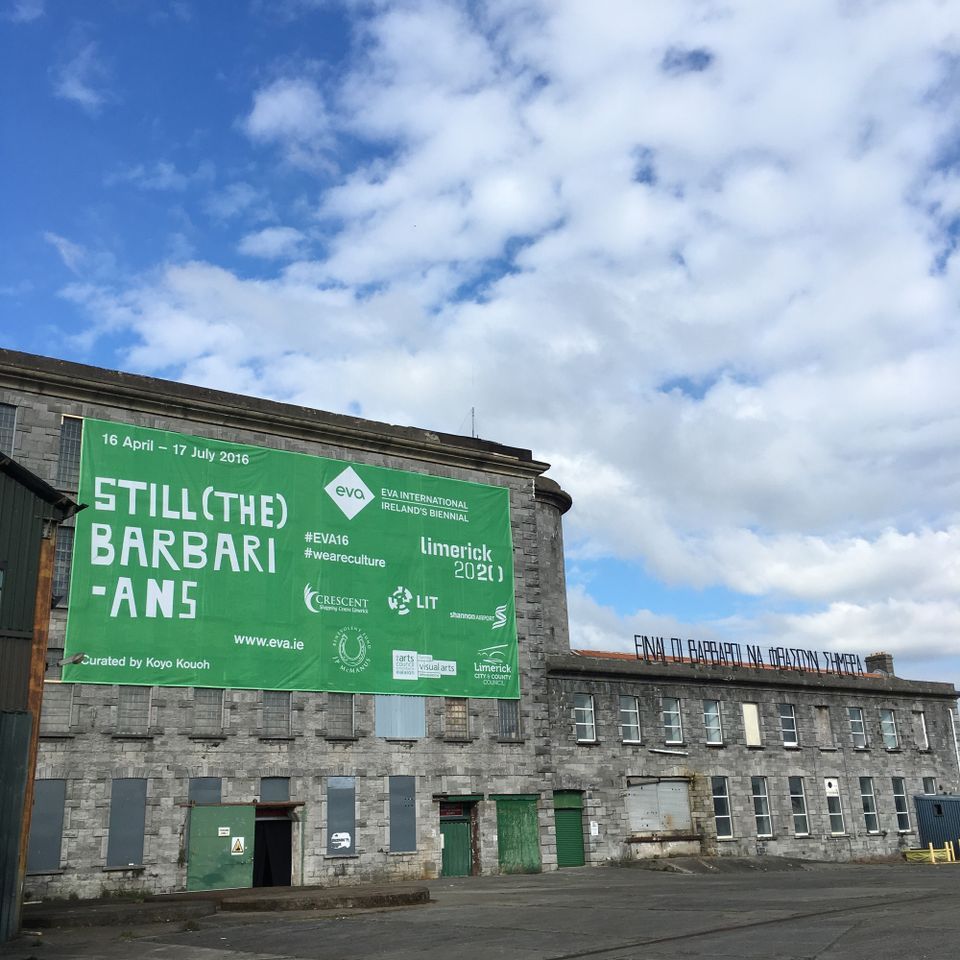 The biennial is spread across seven venues with the majority of works at Limerick City Gallery of Art and Cleeve’s Condensed Milk Factory. The latter is a vast, industrial complex first used by the biennial in 2014 after it was bought by the city council. The building’s many roomy space arranged around a central yard make it ideal for showing large installations and screenings. There are 25 works on show here, including an enormous polyester cloud by Alfredo Jaar, and A History of Stone, Origin and Myth (2016), which depicts the monumental task of quarrying, by Tom Flanagan and Megs Morley, both graduates of the Limerick School of Art and Design.

There are plans to make the former factory a more permanent art centre, with artists’ studios too, says the biennial’s director Woodrow Kernohan. He hopes that it will be a “key piece of infrastructure” in time for the 2020 biennial, with Limerick bidding to be the European Capital of Culture that year. 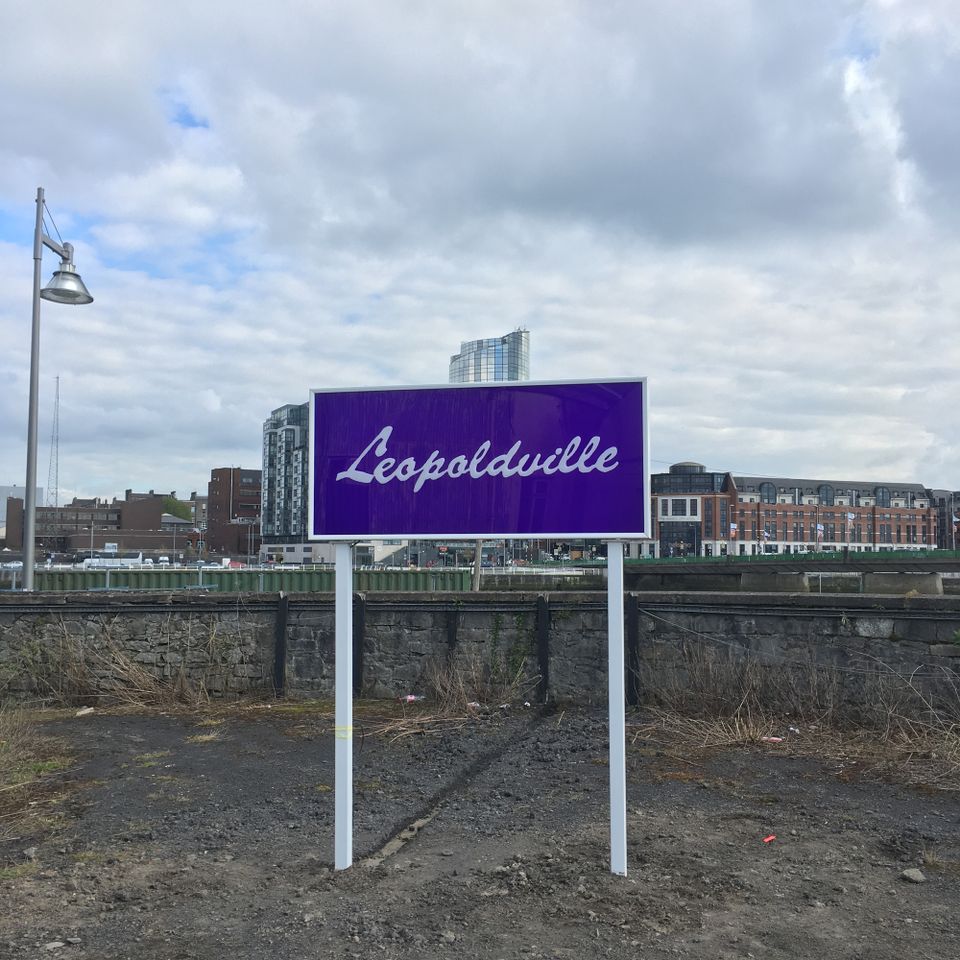 Limerick-based artists founded Eva International in 1977 as a yearly event and it had the former National Portrait Gallery director Sandy Nairn as its first guest curator in 1979, followed by the Irish critic Brian O’Doherty in 1980. In 2012, it became a biennial shortly after Kernohan joined. Despite a rich history of guest curators and participating artists, Kernohan says that the budget has always been “very small, compared to the Liverpool biennial for example”. He adds that “there hasn’t been much investment in communications” either, which may explain why it is still little known internationally, outside of artist and curatorial circles.

Kouoh also brought up the lack of public funding at the press conference, saying that it was “not acceptable to work under such conditions”. She also called for greater support, stressing that Eva International is “not just an exhibition in Limerick, it is Ireland’s biennial”.