“Workers at the Y-Block site have started drilling, but it’s worrying as once they start moving the mural, it will crack,” says co-creator’s daughter 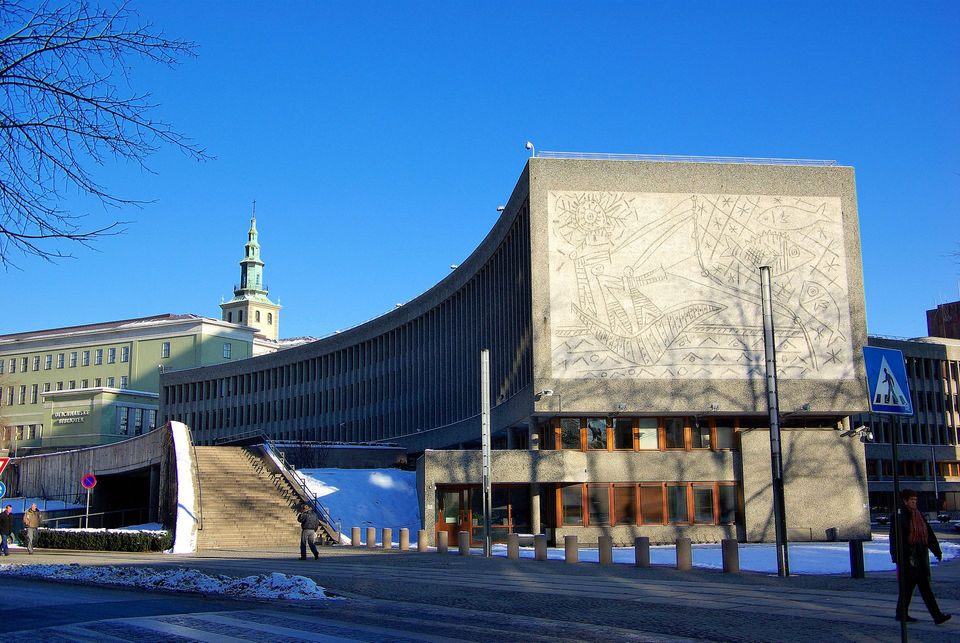 The Museum of Modern Art in New York has reportedly become caught up in the controversy over plans to demolish a government building in Oslo known for its celebrated concrete murals conceived by Pablo Picasso. The Y-Block, located in the capital’s Regjeringskvartalet area, is due to be demolished under government plans after a car bomb rocked the district in a terrorist attack in 2011. But a letter from MoMA representatives—identified as Martino Stierli, chief curator of architecture and design, and Ann Temkin, chief curator of painting and sculpture—asks Norwegian politicians to “reconsider the approved decision for the demolition”.

The brutalist Y-Block, which was designed by the Norwegian architect Erling Viksjø in 1969, features two murals designed by Pablo Picasso sandblasted onto its concrete walls: The Fishermen on the building’s façade and The Seagull located in the lobby. The murals were executed by the Norwegian artist Carl Nesjar. An adjacent 1958 building also designed by Viksjø, known as the H-Block, contains three small interior murals by Picasso and Nesjar.

Plans to demolish the Y-block were first proposed by the government in 2014, which argued that maintaining an empty building is unsustainable. The Y-Block murals would however be salvaged and relocated under the plan, which was heavily criticised by several heritage bodies including the National Trust of Norway and Europa Nostra. 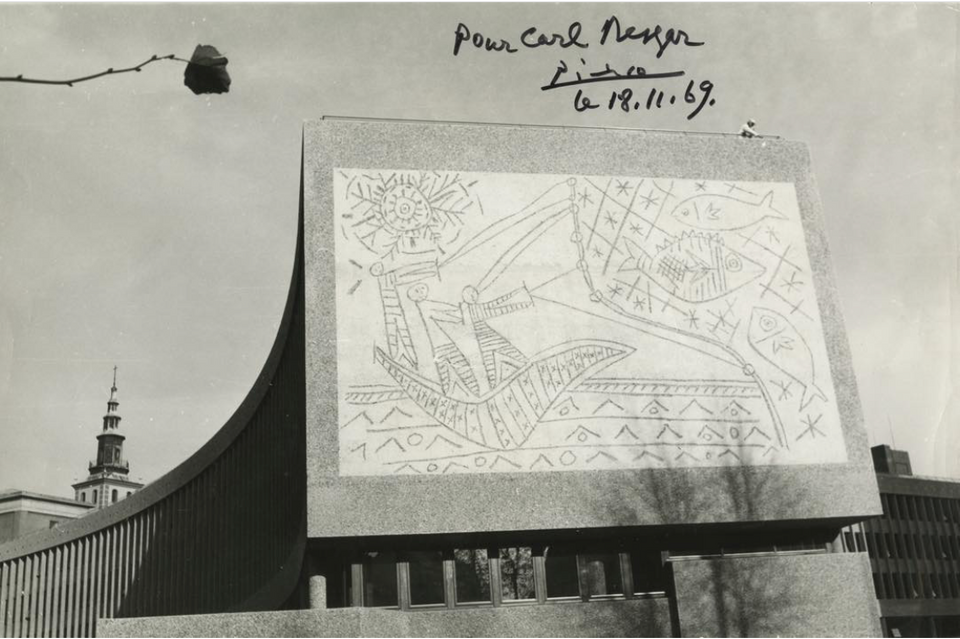 In March, the Statsbygg, the agency responsible for the Norwegian government’s property assets, was given the “assignment to start preparation work for the demolition of the Y-Block” according to The Architect’s Newspaper, but a date for the demolition has not been announced.The Y-Block Picasso murals are to be incorporated into two new buildings to be built in the government district (the H-Block building and murals will be restored rather than destroyed).

“The building [Y-Block] was fenced in ten days ago, and The Fishermen was covered up. Workers at the site started drilling, but it’s worrying as once they start moving the mural, it will crack. Nobody has explained how they will do it. The art is the wall,” Gro Nesjar Greve, the daughter of Carl Nesjar, tells The Art Newspaper.

According to the Norwegian newspaper VG, the letter was sent by MoMA officials to the Norwegian prime minister, Erna Solberg, and the minister for the environment, Sveinung Rotevatn. MoMA did not immediately respond to a request for further comment.

The MoMA letter published in the Norwegian press states that “we are writing to express our grave concern regarding the approved demolition of the Y-block governmental building… the demolition of the building complex would not only constitute a significant loss of Norwegian architectural heritage, but it would also render any attempt to salvage or reposition Picasso’s site-specific murals elsewhere unfortunate.”

Tone Selmer-Olsen of Oslo Architectural Association tells VG that MoMA’s intervention demonstrates “that the Y-Block is not just one of our country's most unique Modernist works, but that it is also part of the world's architecture and art history”.

Meanwhile, a recent petition demanding that Oslo’s Y-Block be preserved has garnered more than 47,000 signatures. “Just before the [terrorist] attack in 2011, both buildings were about to be granted protection by the Directorate of Cultural Heritage. Experts, inside and outside of Norway, agree on its immeasurable value and try to convince the government to stop the demolition plans. Without any success,” says the petition, which was launched by a local campaign group. The Norwegian government did not respond to a request for comment at the time of writing.

UPDATE: The article was amended to include the names of the signatories of the letter from MoMA.