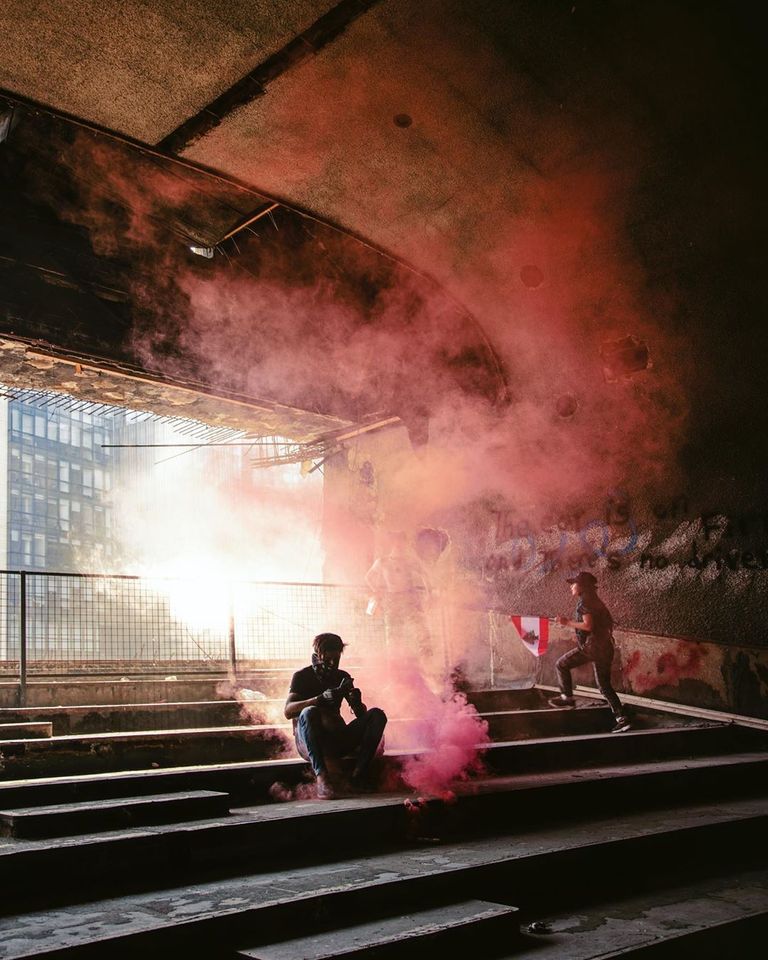 Art institutions and galleries have closed “until further notice” as the largest demonstrations in decades grip Beirut and other cities in Lebanon, with protestors demanding political reforms. The upheaval, which saw a reported two million people demonstrating across the country on Sunday (the country's population is around six million), have led to the temporary closure of the Beirut Art Center, Dar El-Nimer, Sfeir-Semler Gallery and the Sursock Museum, which has just opened a major Picasso exhibition with works on loan from the Musée Picasso in Paris.

The protests began on Friday in response to a proposed tax on WhatsApp calls made in in the country. The proposal was later scrapped but the protests continued, with the focus shifting to wider issues with the government, such as corruption and economic mismanagement.

The not-for-profit contemporary art space Ashkal Alwan opened its city-wide annual cultural forum Home Works 8 on Thursday but had to cancel the events as the protests escalated. In a press release the organisation sent out today it says: "there shouldn’t be any reason to regret or apologise for the indefinite postponement of our programmes and events. Our artistic, intellectual, and organisational energy will be redirected towards the achievement of our hopes and aspirations, the possibility of which is being granted to us by a momentum that should be seized at any cost." The statement signs off: "see you on the streets".

Similarly, the private contemporary art museum Aishti Foundation, has seemingly delayed the opening of its solo show of work by Urs Fischer, which was scheduled to open yesterday; the website states that the exhibition is “coming soon”. The commercial gallery Sfeir-Semler has also closed "due to the current protests in Lebanon" and its exhibition tour with the artist Lawrence Abu Hamdan scheduled for Saturday was cancelled.

Several institutions that have closed have sent out messages of support to the Lebanese people. The Beirut Art Centre (BAC) first posted a tongue-in-cheek message on Friday saying, “Due to the road situation, BAC is closed today” with the hashtag #supportingchange. The following day they posted a photograph of protestors with the note “Stay strong and stay safe!”. "The protests have affected our opening hours but they completely align with our hopes for this country," a spokeswoman for the institution says. "The current regime has ravaged this nation economically, stymied growth and advancement, silenced many and polluted this land with their corruption fear tactics and greed. It has particularly affected the centre with its censorship, restrictive immigration policies for artists (particularly Syrians and Palestinians), and the lack of a logical way to exchange art across borders just to name a few," she adds.

The organisation Beirut Art Residency posted an image of protestors standing on top of The Egg—the city’s symbolic, unfinished cinema building—with the caption “Standing tall and strong in hope for a better tomorrow”.

A spokesman from Dar El-Nimer, a Palestine-focussed, independent arts space in Beirut, which has also been closed since Friday, says that despite the huge disruption to current and future programming that the protests have caused, the museum stands by the people. “It's our mere duty to join the crowds and take to the streets because this rightful uprising is uniting the country and the Lebanese diasporas around the world,” he says.

A huge number of artists and practitioners have joined the demonstrations and many are documenting or responding creatively to them. One of the most symbolic images to come out of the protests so far shows a woman high-kicking an armed guard to stop him from firing on the protestors. Depictions of the kick have gone viral on Instagram.

The Beirut-based photographer Tarek Moukaddem says that "almost everyone [he] knows" is taking part in the protests. “Artists are still in a phase of documentation,” he says. “There is a lot of misinformation coming out. Most local media outlets are affiliated with the local political groups that the protests are against and the international media is just showing ‘violent’ images from the first day—even though the three days after were completely peaceful—as that’s what sells.”

In a country that has suffered in the past from violent sectarian divides, many witnesses to the demonstrations have commented on their display of tolerance and unity. Fadia Ahmed, also a Lebanese photographer who has been capturing the protests, says "it's a pacifist movement and everyone is in the streets, even babies and the elderly". She adds that street art in the city is "at its peak" saying that artists were trying to show "the real picture". 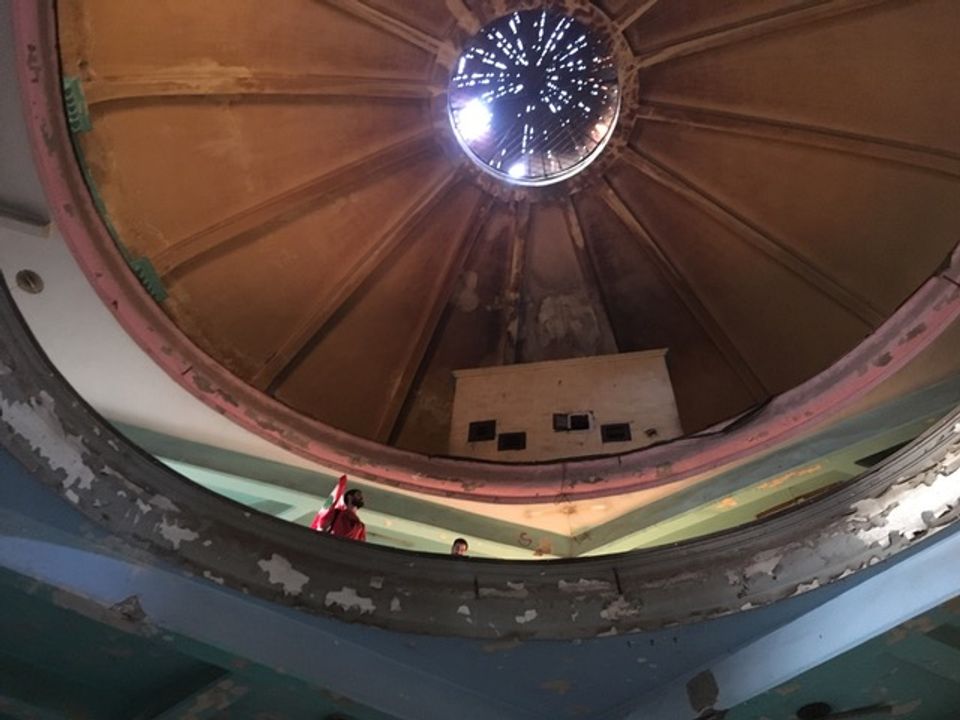 Protestors inside the GrandTheatre in Beirut, a building that has been sealed off from the public since the civil war Photo: Nat Muller

Protests have spilled into the many abandoned, government-owned buildings such as the Grand Theatre, which has been closed to the public since the civil war ended in 1990. "What a beautiful building kept from the people," says Nat Muller, an independent curator who is visiting Beirut and witnessed the demonstrations. In a Facebook post on Saturday she commented that the protests "have been festive and in good spirits with people from all walks of life participating. The Lebanese have much to protest against. Here's to revolution and to a change for the better."

Lebanon's prime minister Saad Hariri announced on Friday that he has proposed economic reforms and given his coalition partners in government 72 hours to approve them. He is expected to give a speech about the outcome later today.

This article was updated at 3.50pm 21 October to add statements from Beirut Art Centre and Ashkal Alwan