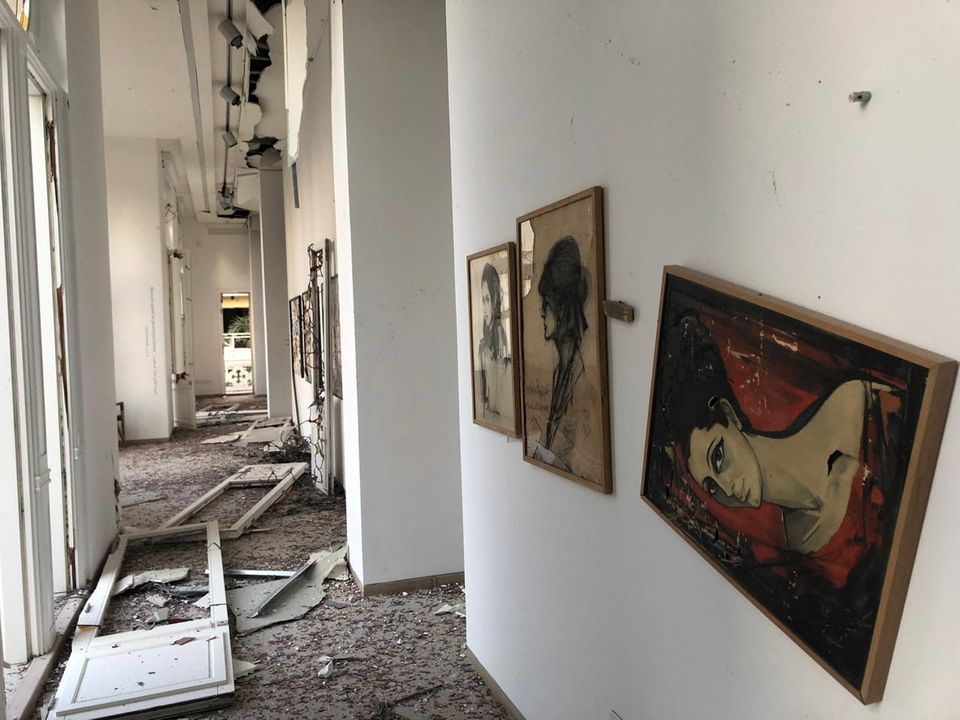 Two powerful explosions at the Port of Beirut on early Tuesday evening left more than 70 people dead and over 4,000 injured. Initially, Lebanese state-run National News Agency reported that a fire broke out near the Beirut Port. According to Lebanon’s Prime Minister, an investigation is underway concerning an estimated 2,750 tons of the explosive ammonium nitrate that has been stored at the site for six years.

The damage rocked an already fragile Beirut to its core and wreaked havoc on the city’s renowned art scene. Major art galleries, including Marfa Gallery, located close to Beirut’s Port, and Galerie Tanit were completely destroyed. Galerie Tanit had hosted a vernissage on Monday evening for the Lebanese artist Abed Al Kadiri’s solo exhibition Remains of the Last Red Rose scheduled to be on view until 25 September. Opera Gallery’s sleek Beirut branch, located in the city’s downtown district overlooking the seafront, has also been decimated. 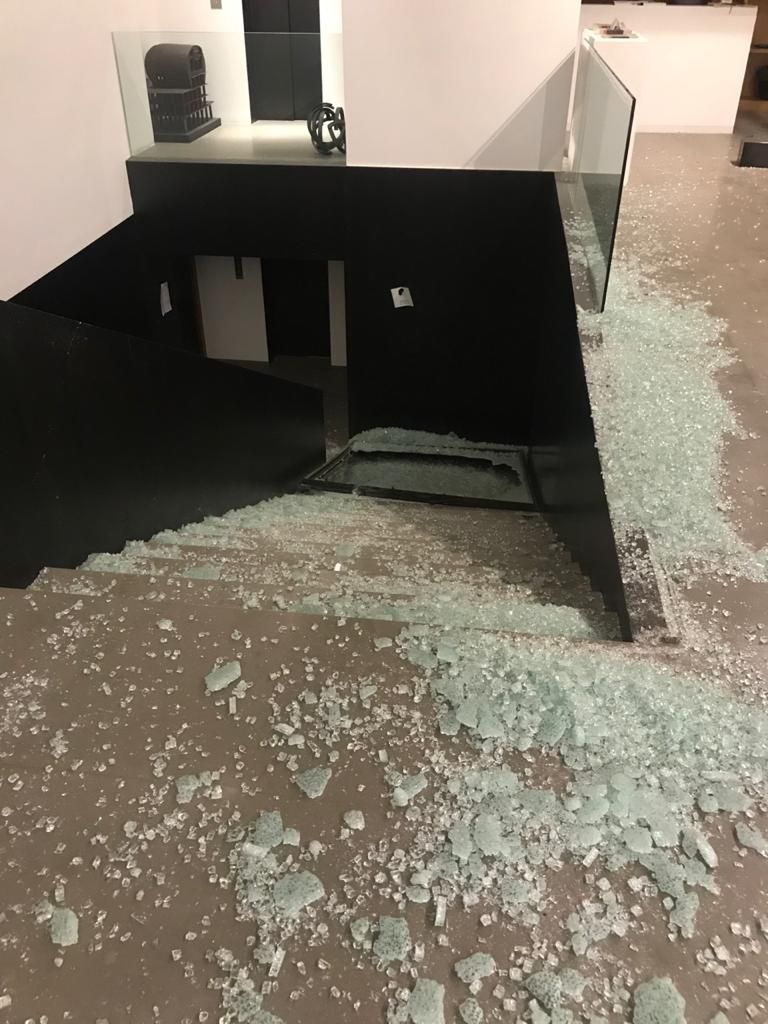 The blasts sent ripples of destruction throughout the city. Galerie Sfeir-Semler, located in the desolate district of Karantina, and Galerie Janine Rubeiz in the Raouché area, have also been damaged. “One of my employees is in intensive care and the gallery has been damaged,” said gallery owner Saleh Barakat. “We barely had the time to close the open vitrines to protect the artworks and are now in the hospital to be with our colleague.” 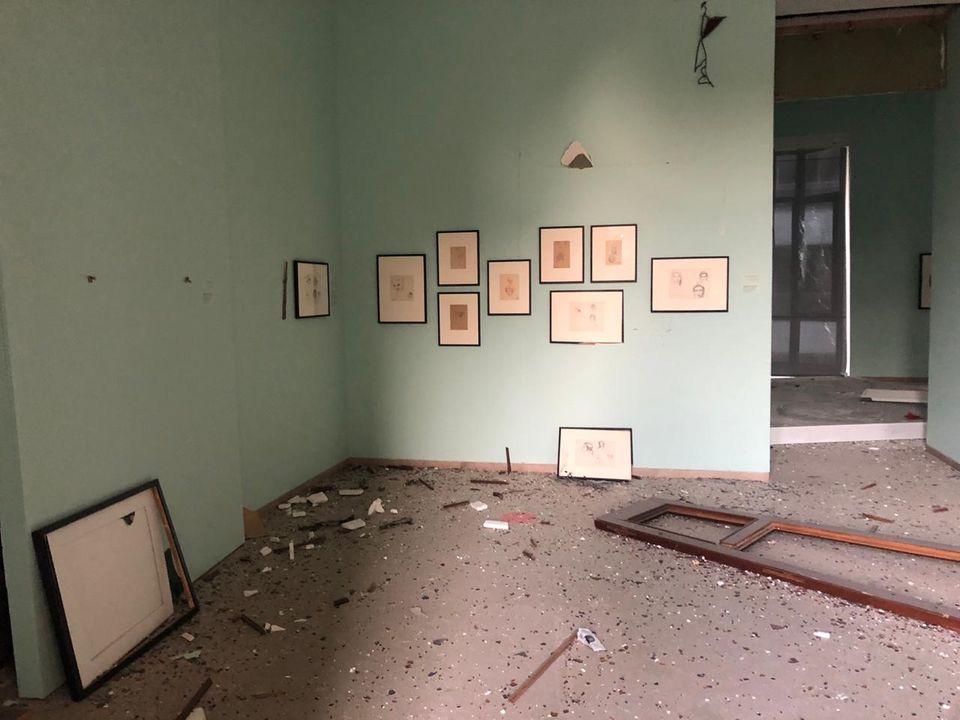 The Sursock Museum, once the centre of Beirut’s cultural life in the 1960s and which was reopened in 2015 following a costly restoration, was severely damaged. “This is the strongest explosion I have ever witnessed,” says the museum’s director Zeina Arida who was at the museum when the explosion hit. “The museum is devastated." Fortunately, none of the staff at the museum were wounded.

“A lot of damage has been done to the structure of the building at a time when the dollar in Lebanon is so high that I don’t know how we will afford to buy new glass for the skylights, the windows and the exit doors,” added Arida. “We don’t have the means to buy new materials.”

Several artworks at the museum have also been damaged, including a portrait of the institution’s namesake Nicolas Sursock. “It’s horrible to see five years of work in utter destruction—even during the civil war it wasn’t this bad,” said Arida. 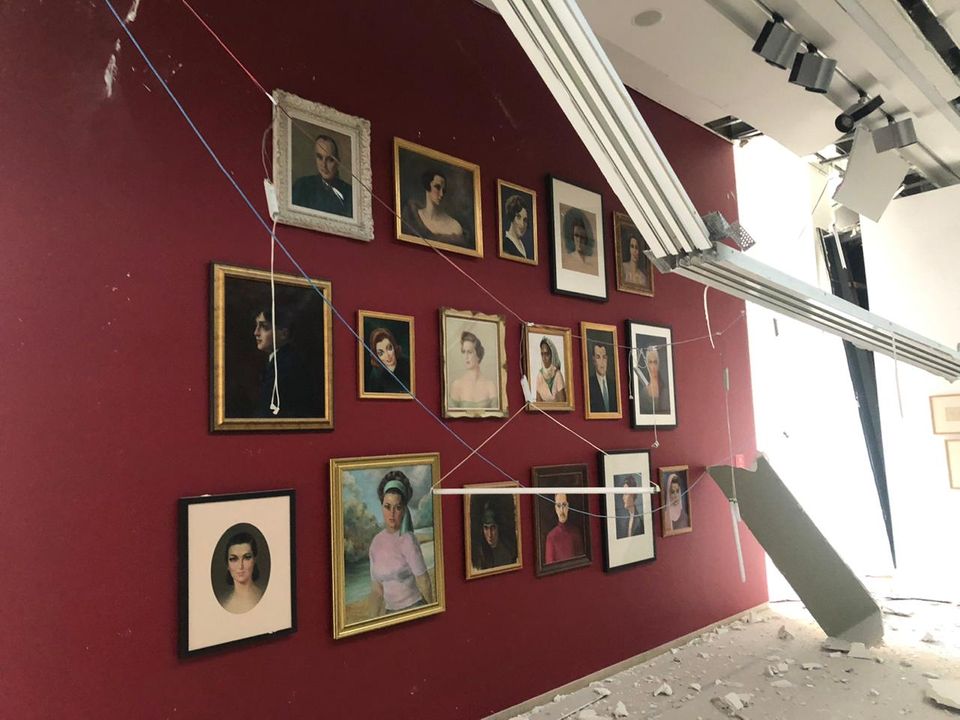 Several artworks at the museum have been damaged, including a portrait of the institution’s namesake Nicolas Sursock Photo: Marie Nour Hechaime, curator at Sursock Museum

While the building which houses the Ramzi and Saeda Dalloul Art Foundation (DAF), which includes includes more than 4,000 works by around 400 artists from across the Arab world, was impaired, the galleries remain intact, says the director Basel Dalloul. “The shockwave of the explosion blew in glass all over the city,” he adds.

“In all the 29 years that I have spent in Lebanon I have never seen anything like this,” said Laure d’Hauteville, the founder and director of the Beirut Art Fair, which takes place annually at the Seaside Arena, formerly BIEL, near the port of Beirut. “I already postponed the fair until 2021 but now I don’t know,” said d’HauteVille. “It will take a long time to rebuild the idea of an art fair in people’s minds after this.” D’Hauteville is now in the midst of launching Middle Eastern Art Platform (MEAP) in Paris this November during Paris Photo. The non-profit platform that will showcase artists and galleries from the Middle East.

Just a five-minute walk from the port and overlooking Martyr’s Square is Hotel Le Gray. Until yesterday it was one of the city’s most prominent luxury hotels. Now flying debris from the explosion have punched holes into the hotel’s furniture, blasted through its walls and strewn shards of glass in all directions. It is now, like Beirut, but a remnant of its former self. 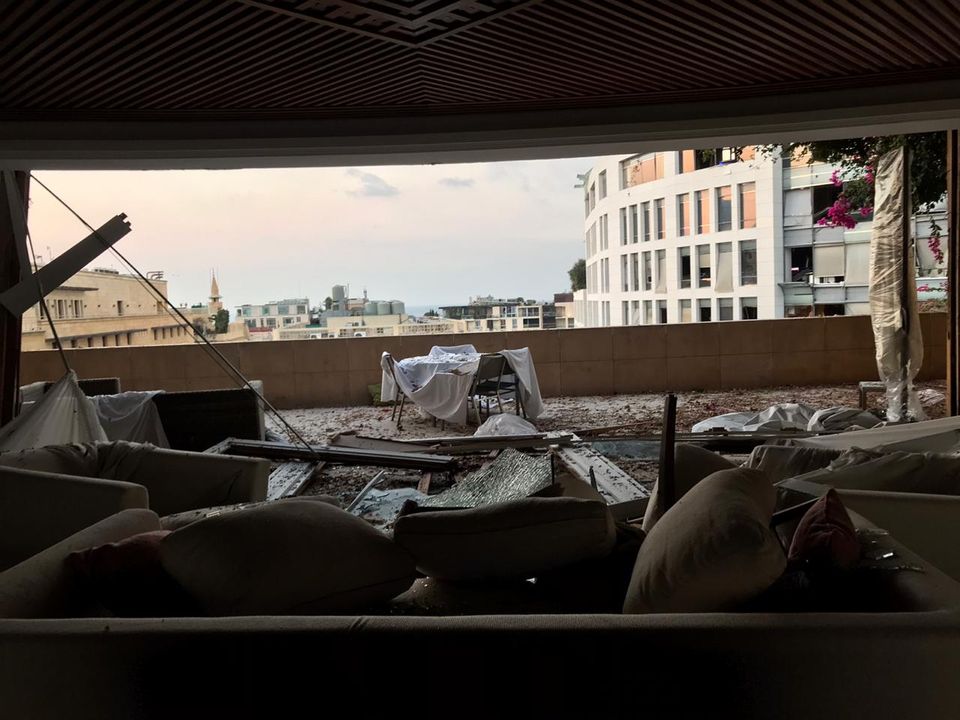 In October last year, people in Lebanon began protesting en-masse citing decades of political mismanagement and the resistance of Lebanese politicians to make necessary reforms. Since then the nation’s currency has been devalued at 80%, electricity has been limited to several hours per day, unemployment has been rising, and coronavirus cases continue to overflow into an already ailing healthcare system.