Bilateral accord to include projects to conserve, research, and store restituted items 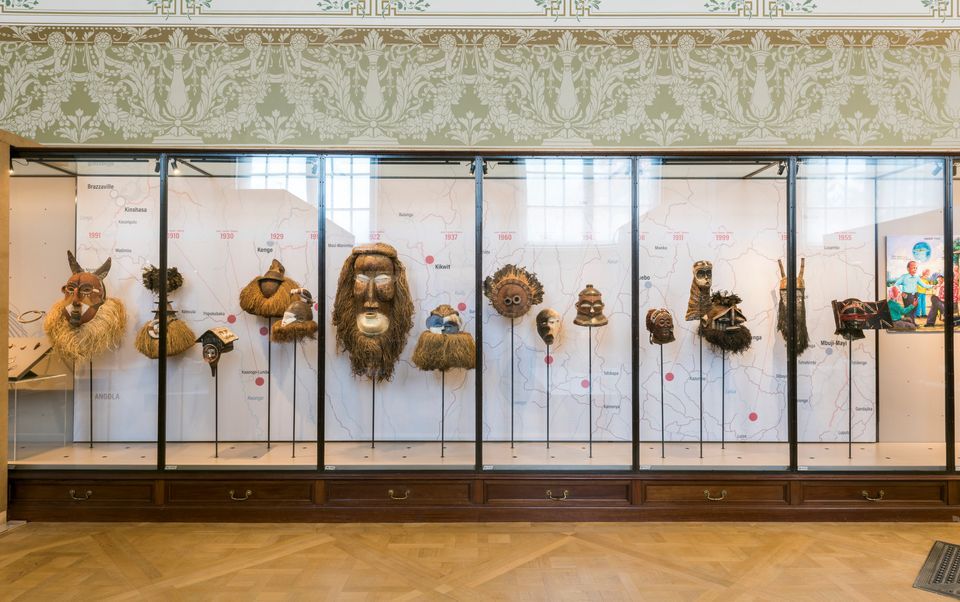 A view of the Rituals and Ceremonies gallery at the Royal Museum of Central Africa in Tervuren, Belgium © RMCA, Tervuren, photo Jo Van de Vijver

The Belgian government has approved a plan to restitute artefacts in national collections that were looted during the colonial era to the Democratic Republic of Congo (DRC), following similar initiatives in Germany, France and the Netherlands.

The kern, or inner cabinet of the Belgian government, last week approved a proposal by Thomas Dermine, a state secretary in charge of scientific policy in the Belgian government, calling for an official bilateral accord with the DRC “to take a coordinated and shared approach to the question of objects acquired in an illegitimate manner during the colonial era”.

“The question is not whether they should stay in Belgium. They don’t belong to us,” Dermine says. The collaboration between the Belgian and DRC governments will include joint projects to conserve, research, inventorise and restore the objects and may involve Belgian support in creating storage space given the limited storage resources of the new national museum that opened in Kinshasa in 2019, he says. “Instead of a piecemeal approach by artwork, we said let’s adopt a more radical and holistic approach.”

Belgium controlled an immense territory in central Africa—around 80 times the size of the country—until 1960. Explorers, missionaries, soldiers, representatives of King Leopold II, explorers and merchants brought home items they had stolen, bought, or otherwise acquired. The biggest repository of objects acquired in a colonial context is the Royal Museum of Central Africa at Tervuren. The museum acknowledges in a statement on its website that “it is not normal for such a large part of African cultural heritage to be found in the West.”

Dermine says that so far, about 280, or 0.3% of the objects in the museum’s collection have been identified as loot, while around 60% were acquired legitimately, he says. The circumstances under which the remaining approximately 40% were acquired is not yet known. He says the plan is to accelerate the pace of provenance research for these objects, and to transfer the legal title of any stolen objects to the DRC. He says that he expects restitutions to begin during the current legislative term, which ends in 2024.

The government decision follows a report published 2 June by an independent panel of scholars calling on Belgian museums to restitute artefacts acquired in a colonial context. The report urged the government to create a neutral commission to evaluate restitution requests, an independent institute for provenance research, and a new law to facilitate returns.

It comes at a time when Belgium is investigating its colonial past with unprecedented scrutiny. A separate special parliamentary commission on Belgium’s history in the Congo, Rwanda and Burundi will publish a report later this month. As Dermine points out, Belgium’s new government has only one minister who was born before the former colonies achieved independence. “There has clearly been a generational shift in Belgium and the new generation has a different relationship with Africa,” he says.

Last year, on the occasion of the 60th anniversary of the DRC’s independence, King Philippe of Belgium expressed his “deepest regrets for the wounds of the past” in a letter to the president, Félix Tshisekedi. Though he stopped short of apologising, it was the first public acknowledgement from a member of the Belgian royal family of the humanitarian cost of colonisation.