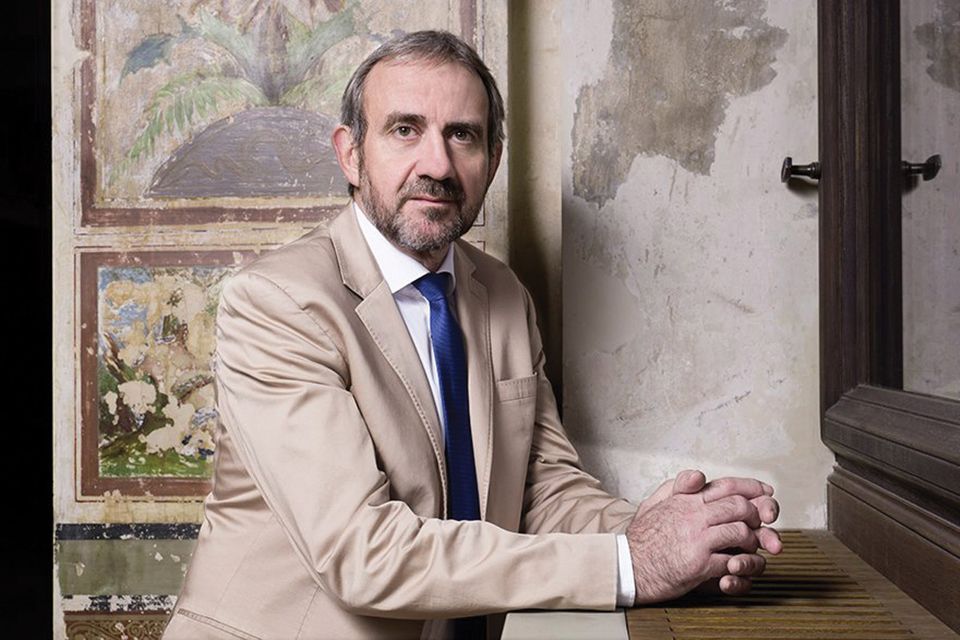 Germany’s biggest arts employer is “dysfunctional”, according to a panel of academic advisers to the government. Its institutions—including 15 Berlin state museum collections—“risk falling out of step with current developments”, the panel said in its bombshell July report. It calls for a dramatic overhaul that includes scrapping the Prussian Cultural Heritage Foundation (SPK) entirely.

The SPK’s president, Hermann Parzinger, has run the Berlin culture behemoth for 13 years, encompassing the Neue Nationalgalerie, Pergamon and Hamburger Bahnhof museums, as well as the Iberian-American Research Institute, the Prussian Secret State Archives and the Berlin State Library. Yet far from being anxious at the report’s radical conclusion, he seems relieved—even if he would prefer the foundation to continue.

“I see this as an important opportunity to get the foundation into shape for the future,” he says. “The report contains important recommendations. Perhaps we don’t have to implement every single one, but there are some very accurate observations.”

The report was commissioned by the German culture minister Monika Grütters in 2018 from the Wissenschaftsrat, a body that advises the government on academic research and the university system. Grütters has welcomed its “far-reaching” proposals and said she will put together a team to draft legislation and seek a political consensus.

The SPK was established in 1957 to oversee West Berlin’s world-class art collections. Since the fall of the Berlin Wall in 1989, its focus has been on combining the collections of the former East and West, and reshaping the city’s museum landscape, with major projects such as the reconstruction of Museum Island. This renewal is ongoing: the Pergamonmuseum and Neue Nationalgalerie are currently under renovation while construction begins next year on a new museum for 20th-century art designed by Herzog & De Meuron. The SPK’s ethnological and Asian art collections are moving from suburban museums to the future Humboldt Forum complex.

With 1,900 employees, the foundation is “overwhelmed” by a “multi-layered hierarchy and unclear decision-making procedures that mask responsibilities and make processes drawn-out and opaque”, the government advisers said. They suggested spinning off the Iberian-American institute, the Prussian state archives and the Berlin State Library as independent entities and merging the Berlin State Museums and the SPK.

The panel also found that the SPK is chronically underfunded, in part because its federal funding is tied to the state of Berlin. It identified severe staffing shortages in education, exhibition management, publicity, fundraising, marketing and sponsorship.

“Individual institutions need more autonomy, and they also need their own budgets,” Parzinger says. “The question is whether we really want to turn one big institution into four. I find this idea difficult. I am of the opinion that the Prussian Cultural Heritage Foundation should remain intact, though of course it should look radically different.”

He compares the SPK to the Smithsonian Institution in Washington, DC, and points to synergies to be gained from a cultural conglomerate. “Whether it’s a question of IT, building management or procurement and so on, I think it is reasonable and efficient that these resources should be shared,” he says. “We live in an interconnected world, and we should no longer make 19th-century distinctions between museums, libraries and archives.” 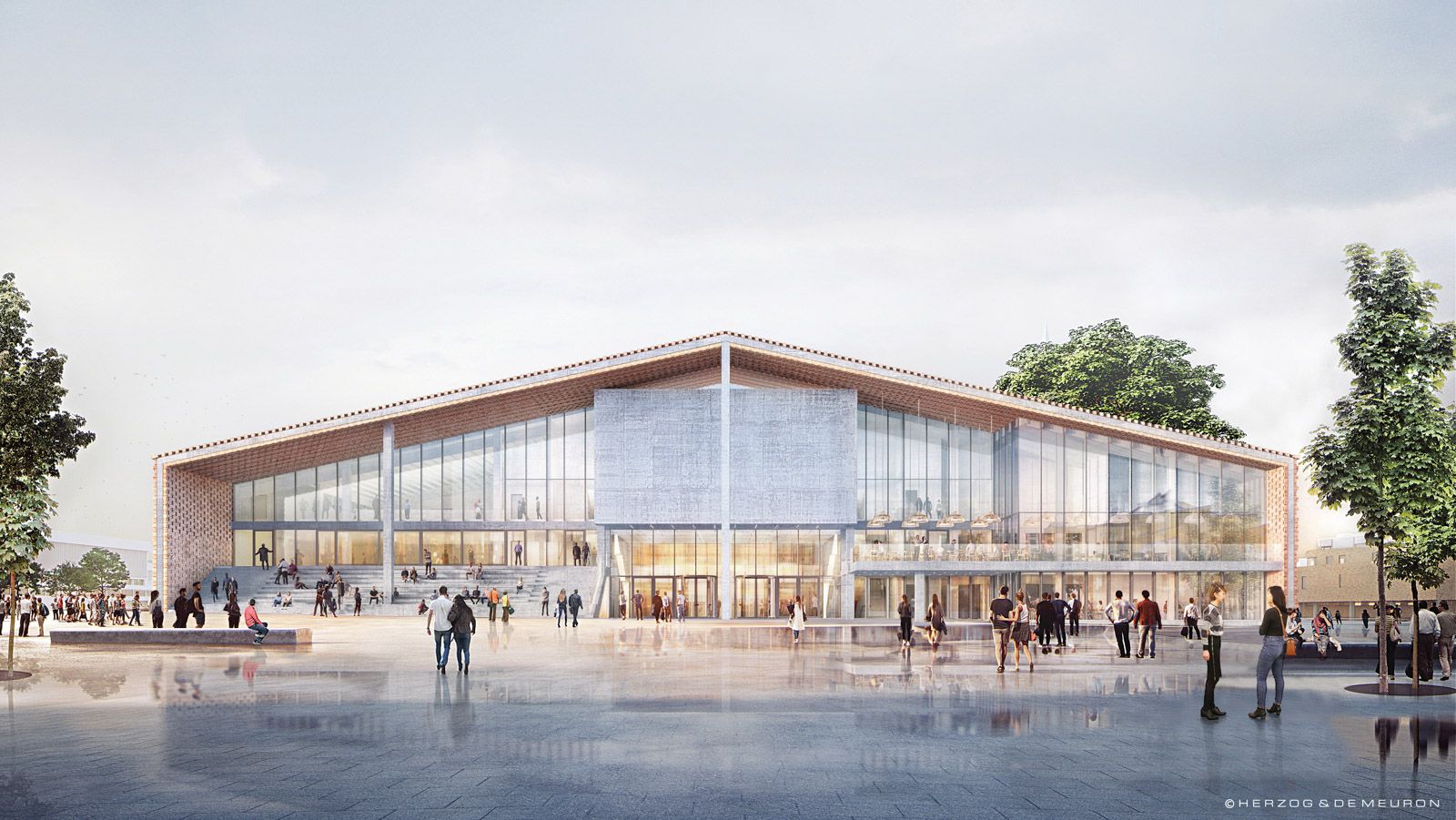 The report prompted an open letter from the Berlin museum directors demanding an active role in implementing reforms. Excess bureaucracy and hierarchy “prevent a quick response to topical questions and desires of the public,” they said, adding that they lack both money and decision- making powers. Such constraints “cripple us in the long term”, the directors said.

Parzinger says he understands their concerns and attributes the byzantine bureaucracy in part to a 1990s decision to centralise budgets and staffing, which “means the administration is a long way from the museums, and of course this can cause difficulties”.

“We want to make this process as transparent as possible, especially for people working at the foundation,” he says. “They can send us their questions to an email address set up specifically for that purpose. We are holding webinar events with hundreds of employees.”

Perhaps one reason for Parzinger’s composure is that the SPK’s funding and staffing woes may finally be addressed. He notes that at the time of German reunification, it boasted 3,500 employees, almost twice the current number. “The colonial debate, provenance research, education and communication, digitisation—all these tasks have grown enormously,” he says. “But the staffing to fulfil these tasks has not.”

Whereas peers such as the British Museum in London or the Metropolitan Museum of Art in New York have entire marketing departments, the SPK and Berlin State Museums have just two dedicated employees between them. “I am not dreaming of 20 or 30 people to do marketing, but at least five or six,” Parzinger says. “And we have one person handling social media for the state museums. One person! It’s a joke.”

The foundation’s 2019 operating budget was just over €357m. A key hurdle identified by the report is the state of Berlin’s inability to release money. Because the federal government’s support is contingent on Berlin’s, funds are frequently blocked and the foundation is forced to make do without.

In addition, the €4m annual exhibitions budget—which is drawn from the museums’ admissions revenue—is far too small, Parzinger says. “Exhibitions are a crucial way to raise a museum’s public profile,” he adds.

As he prepares to retire in 2025, Parzinger acknowledges that the closing chapter of his career will be devoted to reinventing the organisation. “We want to solve these problems one at a time,” he says. “My ambition is to bring this to a conclusion in five years and hand it over to someone else in good shape.”