When the German artist Caspar David Friedrich first exhibited Monk by the Sea (1808-10) and The Abbey in the Oakwood (1809-10) at the Berlin Academy exhibition of 1810. he requested that these two radically different paintings be shown together. Ever since the Prussian king Frederick Wilhelm III bought the works, they have largely shared the same destiny, becoming the most famous pair of paintings in Berlin’s Alte Nationalgalerie. 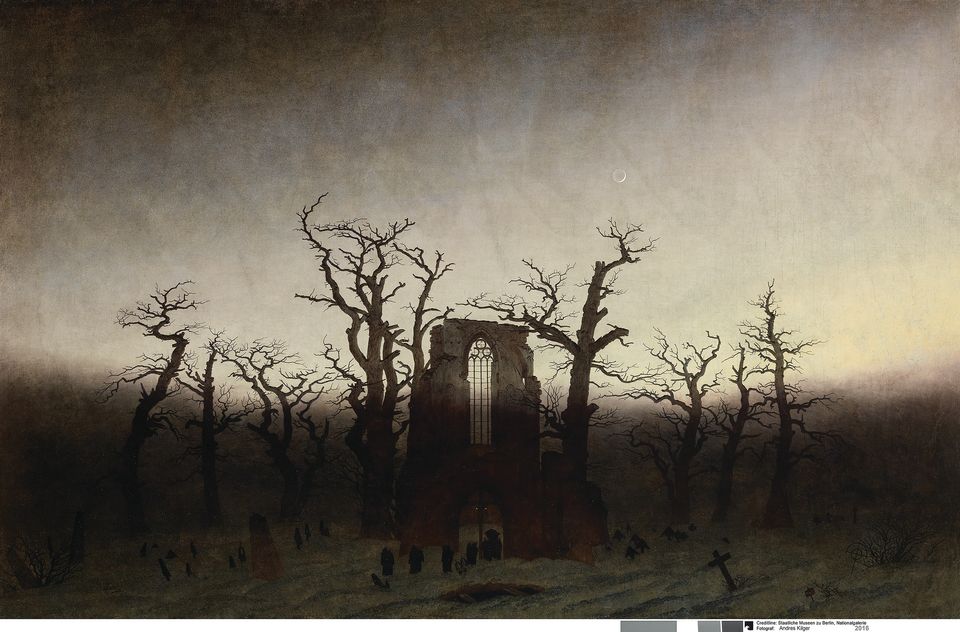 The German Romantic paintings were removed three years ago so that they could be conserved. After technical analysis of the works, funded by the Alfried Krupp von Bohlen und Halbach Foundation, the conservators determined that the fragile canvases had suffered from “decades of neglect” and historical restorations that “impaired the pictures”, all of which resulted in “considerable falsification of the original image”. Kristina Mösl, the head of the museum’s conservation department, says: “The main defects to the overall appearance of both paintings were caused by seven layers of varnish, which had been applied over the course of centuries.”

After the painstaking removal of the ill-effects of earlier interventions, the sky depicted in The Abbey in the Oakwood now radiates with delicate shades of pink, while details of its solemn funeral procession are revealed more clearly. Meanwhile, the grey sky in Monk by the Sea has recovered its luminous pastel-blue hues, and four “new” seagulls have joined the previous pack of 16. The difference is undeniable. Michael Eissenhauer, the director-general of the Berlin State Museums, has described the newly restored works as “the cheapest new acquisitions the [State Museums] ever made”.