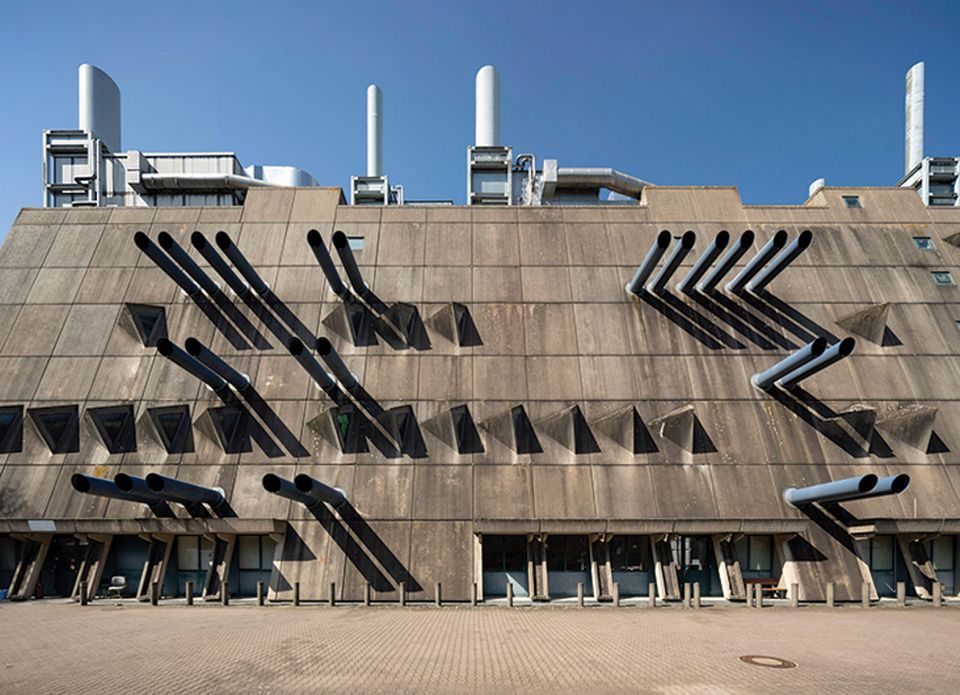 A group of residents including the art dealer Johann König and the architect Arno Brandlhuber have campaigned successfully to save—at least for the time being—two Brutalist buildings in south-west Berlin that the Charité, the city’s university hospital, planned to demolish.

One of the buildings, nicknamed the Mäusebunker (Mouse Bunker), served as the Charité’s Institute for Experimental Medicine. For many years, scientists carried out experiments on animals in its laboratories. With narrow slit windows and protruding ventilation pipes that resemble guns, it looks like a warship. Designed by Gerd and Magdalena Hänska, it was completed in 1981. The building is connected by an underground tunnel to a second concrete building also threatened with demolition, completed in 1974.

The Charité has applied to the Berlin Senate for the right to pull down both buildings, and had planned to build a modern campus on the site. But a petition earlier this year calling for the Mäusebunker’s preservation garnered thousands of signatures. In light of the heritage campaign, the Charité has said it will halt its demolition plans until autumn 2021.

“We are looking for a solution together,” says Christoph Rauhut, the head of Berlin’s Heritage Protection Authority. “The building is extremely distinctive architecturally. I am convinced that we should do everything possible to keep it because of the cultural value.”

The buildings also have historical value as a symbol of Berlin’s divided past, Rauhut says: one of the ways in which West Germany sought to keep the city’s western enclave vibrant was by remodelling it as a centre for medical research and technology.

It remains unclear what purpose the Mäusebunker could serve in the future. König and Brandlhuber have proposed repurposing the building as an arts centre that could offer much-needed studio space to Berlin artists.

Both endangered buildings can loosely be defined as examples of Brutalism, an architectural style whose roots lie in 1950s Britain. Long derided as monstrous eyesores, Brutalist landmarks have in recent years become the subject of conservation campaigns such as SOS Brutalism, initiated in 2015 by a curator at the German Architecture Museum.

König and Brandlhuber are both champions of the style: Brandlhuber converted a Brutalist church in Berlin, St. Agnes, into the König Galerie.

“We think that if it hadn’t been for our campaign, both buildings would be currently in the process of being demolished,” König says. “Our main goal is to keep this Brutalist architecture. But we also wanted to offer an alternative use. We argue that art, culture and music are flexible and can respond to the space.”

The Mäusebunker’s space is more challenging for artists, mainly because of its limited natural light. The building may also contain asbestos, Rauhut says. “Almost all buildings of the 1970s and 1980s contain toxic materials,” he says. “But that is not decisive. We have to look at it closely and examine the costs of removing it.”

It will also be important to somehow commemorate the building’s grisly past, he says, while observing that its nickname is likely to stick, whatever purpose it serves in the future.

Rauhut welcomes the petition and the debate—a sign, he says, that young Berliners in particular are taking a greater interest in the built environment than in the past.

“This wouldn’t have happened ten years ago,” he says.