Advertising firms in Minneapolis—where Floyd was killed by police—refused to show the work saying it was too violent, but advocacy group says it will try again 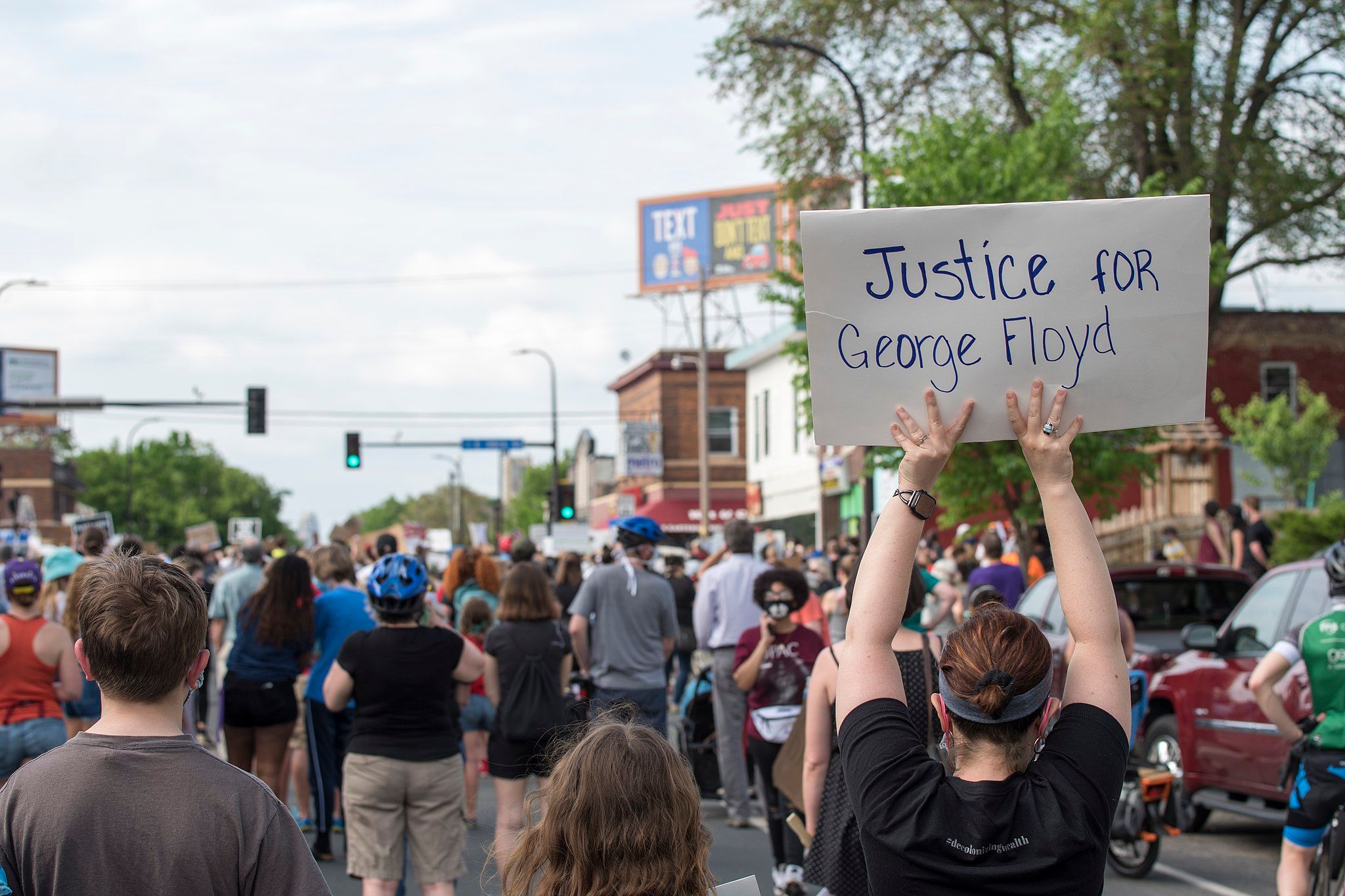 On 26 May 2020, people protested in Minneapolis against police violence after the death of George Floyd Photo: Fibonacci Blue

The advocacy group behind a public work depicting the death of George Floyd says they still hope to show the piece in the city of Minneapolis even though the plan was thwarted last year. Don Perlis’s painting, entitled Floyd (2020), was shown in Times Square in New York last October and is currently on show on a 16ft by 48ft billboard at La Cienega Boulevard and Holloway Drive near Sunset Strip in West Hollywood.

The billboard has been organised by the New York-based George Floyd Justice Billboard Committee, a group of New York-based artists that, according to its website, aims “to get a painting of George Floyd's death by Don Perlis displayed prominently on billboards around the country”.

The work, which shows three policemen pinning Floyd to the ground, is about “men doing something bad to another man”, Perlis says. Floyd was murdered by a white police officer in Minneapolis on 25 May last year; the trial of the four men involved is due to take place later this year.

In Los Angeles, Perlis’s work is shown alongside a quote by Martin Luther King: “Injustice anywhere is a threat to justice everywhere.” Corinne Basaba, the chair of the billboard committee, tells The Art Newspaper that the piece in West Hollywood was funded by private donors. “The billboard will remain on view until after Martin Luther King’s birthday [15 January],” she adds.

But plans to show the work in Minneapolis last month backfired when two advertising firms, Clear Channel Outdoor and Outfront Media, refused to display the painting because it was too violent, according to the Los Angeles Times. The billboard was due to be shown with the King quote on Hennepin Avenue. Neither companies responded to a request for comment.

Basaba says that she still hopes to show Perlis’s painting in Minneapolis. “It’s pending, we’re working it out,” she adds. “We are waiting to see if it goes through in Minneapolis, it’s an important location.” This time the billboard will not be arranged via Clear Channel Outdoor, she adds.