Art will be the first thing visitors see when they enter the National Museum of African American History and Culture (NMAAHC) in Washington, DC. Curators at the museum, which opens to the public on 24 September, could have welcomed guests with any number of showstopping artefacts that tell the story of how ­African-Americans have shaped US history. The collection includes a biplane used to train the ­Tuskegee Airmen, the first African-­American ­military aviators; a segregation­-era ­Southern railway carriage; and a 20-foot-tall prison guard tower from the Louisiana State Penitentiary.

Instead, they chose to fill the space with new work by three contemporary artists: a five-panel painting by Sam Gilliam, a sculpture made from tyres by Chakaia Booker and a ceiling sculpture by Richard Hunt. “Early on, we talked about how much we thought the story of black America had to be a story of black artists,” says Kinshasha Conwill, the museum’s deputy director.

The museum’s origins can be traced back to a group of veterans who came together in 1915 to campaign for a memorial to African-American achievement. After decades of false starts, President George W. Bush signed a bill to establish NMAAHC in 2003.

The first new museum built by the Smithsonian Institution in more than a decade, the David Adjaye-designed building is next to the Washington Monument and occupies the last vacant parcel of land on the National Mall. Half of its $540m budget comes from the federal government; the rest has come from corporations and individuals, including $21m from Oprah Winfrey and $5m from Michael Jordan.

Some in Congress had questioned the need for an expensive, standalone institution dedicated to the history of black America. “I worked for ten years trying to disprove the assumption that there is no African-­American material culture to put in a museum,” says the historian Deborah Willis, a former curator who sits on the museum’s scholar advisory council. In fact, the real challenge was to tell such a sweeping story—and present a 36,000-strong collection—inside one building. 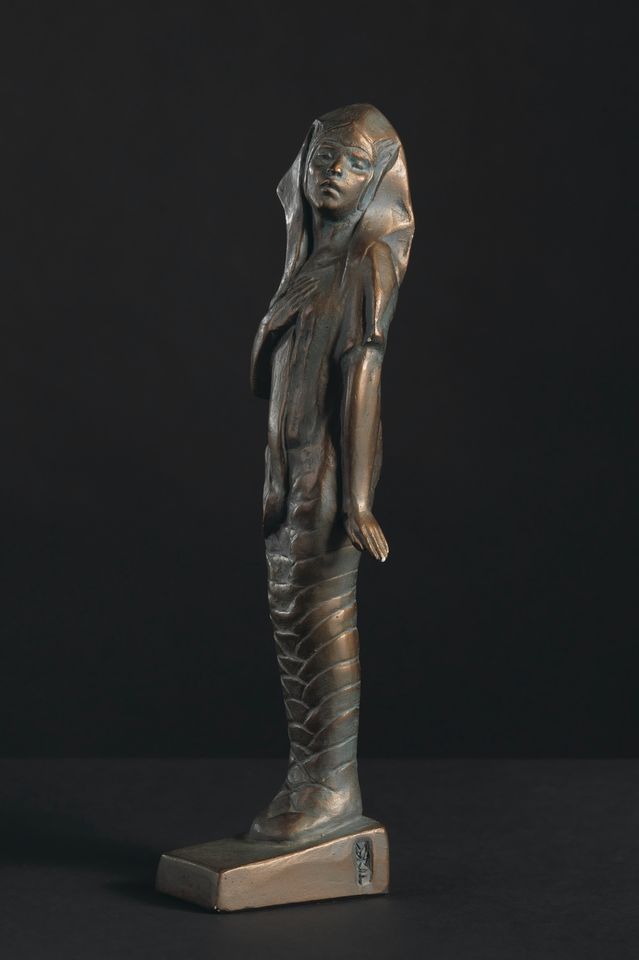 The entire collection, including 150 works of art, was assembled on a shoestring budget of around $1m per year. (For context, the Saint Louis Art Museum recently spent $1.5m on one painting by the African-American artist Horace Pippin.) Curators held Antiques Roadshow-style events in cities across the US to identify exceptional objects and encourage their owners to donate them. “The notion, which was proved right, was that the history of black America was in the attics and basements of other people,” Conwill says.

The art collection was formed through a combination of strategic purchases and gifts, some of which came unexpectedly. The curator Tuliza Fleming was surprised to get a phone call from the niece of the early-20th-century sculptor Meta Warrick Fuller. The artist’s family offered to donate the original plaster cast of Fuller’s sculpture Ethiopia (around 1921) that many believed had been lost. “That piece was in every survey book,” Fleming says. “For me, the 20th century begins with that piece.”

In an unorthodox move for a history and culture museum, the curators decided to showcase art in a separate gallery. “In general, history museums have looked at art as a way to carry a story of history,” Conwill says. “We were able to have art for art’s sake.” (It helped that the advisory committee was heavy on art historians, including Alvia Wardlaw and Richard Powell.) The aim was to include—and go beyond—the work of famous names such as Elizabeth Catlett, Jacob Lawrence, Archibald Motley and Romare Bearden.

Among the lesser-known artists getting their due is Lois Mailou Jones, who was active during the Harlem Renaissance. She had a white friend submit one of her landscapes to a competition at the Corcoran Gallery of Art in 1941—and won. (At the time, the institution would not consider work by African-Americans, according to Jones.) “There is a reason people don’t know about these artists, and it can’t be separated from the history of racism and segregation in this country,” Fleming says.

With the opening of NMAAHC, at least some of these artists will receive overdue recognition. Willis says: “What is considered an official story is now being challenged.”