Tate to show $6m Blake watercolours that sold for £1,000 in a Scottish bookshop

Discovered after 165 years, eight of the 19 paintings will be included in the London exhibition in September 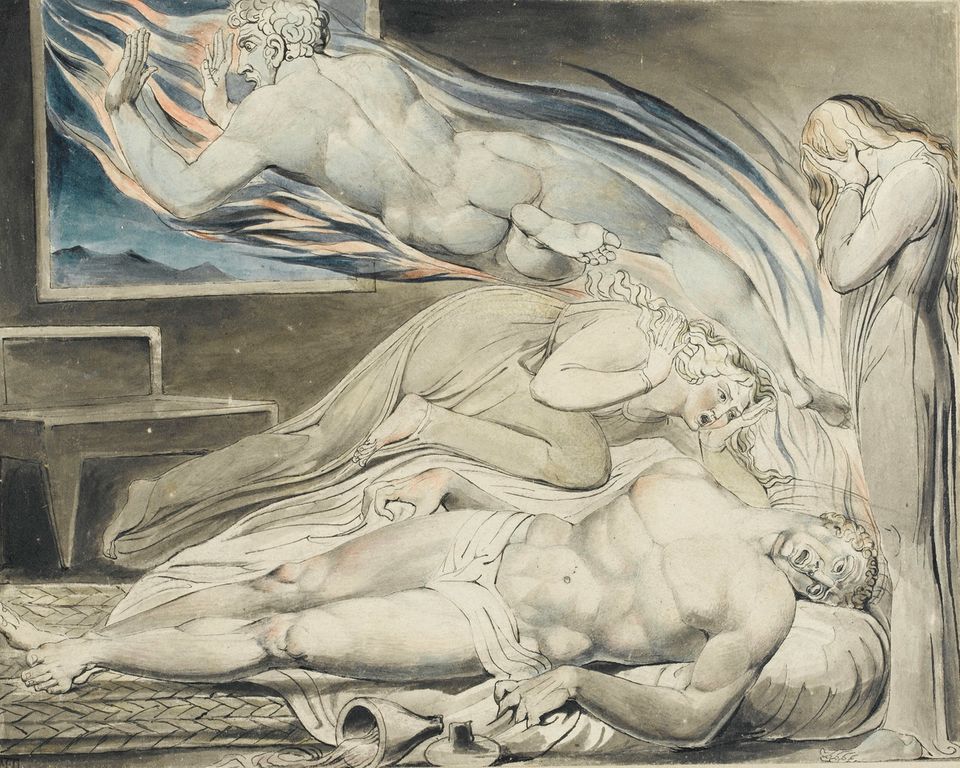 Watercolours by William Blake that were sold by a Glasgow bookshop for £50 each and subsequently dispersed by Sotheby’s for a total of over $6m will be shown in a Tate exhibition this autumn.

Painted in 1805 to illustrate Robert Blair’s poem The Grave, they include the finest of the set, Death of the Strong Wicked Man (1813), which is to be lent by the Louvre in Paris. Altogether eight of the 19 watercolours for the poem will be presented at Tate Britain.

The watercolours were lost for 165 years until they turned up in a portfolio at a second-hand bookshop in Glasgow, where they were bought by two dealers for around £1,000 in 2001. Two years later the Tate tried to buy the set, offering £4.2m, but this was turned down by the owners. Instead they were sold to the London dealer Libby Howie for around £5m. Tate subsequently made another attempt to acquire them for £8.8m, but failed to raise the funds.

In 2006 the set was consigned to Sotheby’s, where the portfolio was broken up—an act which was which was branded as “philistine” by the former Tate curator Martin Butlin. Sotheby’s estimated the works at $12m-$17.5m, but only eleven of the 19 watercolours sold, fetching $6.2m, with the remainder presumably being sold privately after the auction. Tate Britain’s forthcoming Blake exhibition will offer an unusual opportunity to see an important group of the watercolours for The Grave.

Another coup for the Tate show is to secure the loan of a portrait miniature of Blake, probably a self-portrait. Since its sale at Christie’s in 1974, it has only been exhibited once, in 1987 at the Huntington in San Marino, California. Dating from 1802, the miniature is being lent by Robert Essick, an American scholar and collector of Blake.