"I want to normalise abortion as a life-saving medical procedure, mentally and physically," says Marilyn Minter 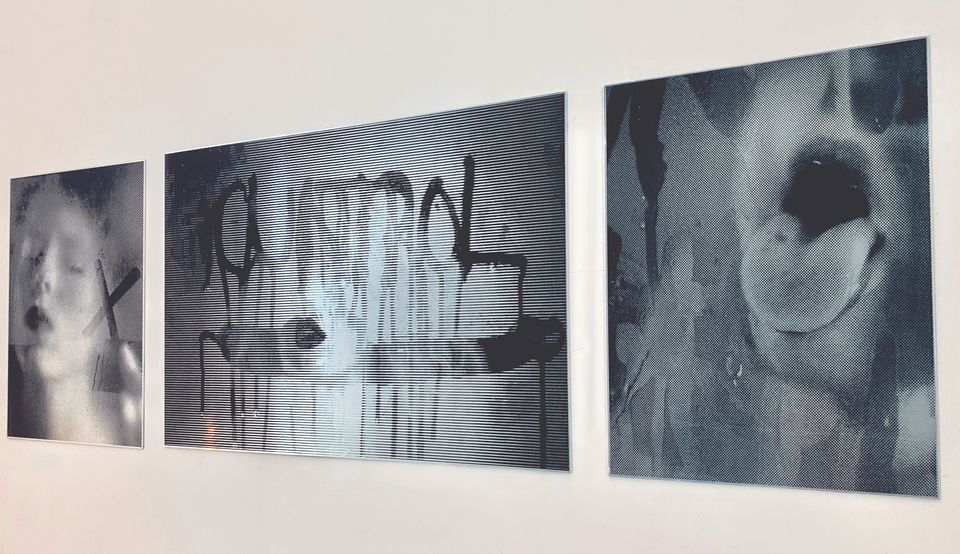 Marilyn Minter’s Cuntrol (2019); the artist is one of the organisers of the forthcoming exhibition Abortion is Normal

The arts and culture political action committee Downtown for Democracy is launching a multi-venue group show next month to raise awareness and funds for legal and safe abortion procedures. Abortion is Normal features works by around 40 female artists, among them Marilyn Minter, Nan Goldin, Cindy Sherman, Barbara Kruger, Viva Ruiz, Shirin Neshat and Natalie Frank. The exhibition is a response to recent laws passed in US states across the south and Midwest that severely restrict women’s access to abortions.

“Having the option to plan your reproduction is empowering—it is not inextricably traumatic,” says Minter, who is helping to organise the exhibition, which opens on 9 January jointly at Galerie Eva Presenhuber and Arsenal Contemporary galleries in New York. “I want to normalise abortion as a life-saving medical procedure, mentally and physically.” Minter is due to speak on the subject at Art Basel in Miami Beach today as part of its Conversations programme.

The works included in the show are personal responses. “Not all of these artists have necessarily had an abortion personally; however, the underlying thread of this exhibition is that abortion and reproductive health affect everyone,” says Jasmine Wahi, a curator and activist who co-curated Abortion is Normal with Rebecca Pauline Jampol, her co-director of the non-profit Project for Empty Space. She adds that the show promotes an intersectional understanding of who is affected by legal abortion—as well as who is affected if safe and legal access to care is eliminated.

Americans’ views on abortion have remained relatively consistent since 1975, with a majority of citizens believing that the procedure should be legal but only in certain cases, according to a Gallup poll. However, access to abortion has suffered huge setbacks through new legislation in several states in 2019. Just before Thanksgiving, Ohio introduced a bill that would criminalise abortion, making it punishable by life in prison and suggesting that women with ectopic pregnancies have the embryo “re-implanted”—a medically impossible procedure—or face charges. Alabama lawmakers passed a bill that bans abortion almost entirely, even in cases of rape and incest, although a federal judge temporarily blocked the ban, which was due to go into effect on 15 November.

As the 2020 presidential race unfolds, abortion rights will face new federal challenges. The 1973 landmark ruling, Roe vs. Wade, which federally legislated a woman’s right to choose to have an abortion, is at risk of being reversed as the Supreme Court hears its first major abortion case since President Trump added two conservative justices, shifting the court’s legal perspective to the right. How the court decides on the case involving a Louisiana law that requires doctors who perform abortions to have admitting privileges at nearby hospitals—limiting the number who can offer the procedure—could alter the constitutional attitudes currently governing the reproductive rights of a new generation of women.

All proceeds from the sale of works in Abortion is Normal will go to Downtown for Democracy to fund voter education and advocacy specifically on reproductive rights, as well as to support Planned Parenthood political fundraising efforts in the upcoming 2020 elections. The latter organisation is the largest reproductive care provider in the US, offering affordable health screenings, birth control and testing as well as abortions, and receives more than $500m of federal funding through Medicaid. Conservative lawmakers have long tried to end this funding.

Increasingly, the reproductive rights movement has placed an emphasis on de-stigmatising abortion as a way of doubling down on a firm pro-choice position to mobilise liberal voters rather than trying to build bi-partisan support. “It’s a crime to criminalise abortion, and I hate the way the right is framing abortion as an unnatural and shameful thing to do,” Minter says.

Some artists declined to participate because of the show's title but Laurie Simmons says it brings "attention to itself by the fact that a woman's right to control her own reproductive rights is not a signed sealed and delivered deal". She adds: "No one has ever suggested that the choice to have an abortion is an easy one but we must accept that this choice is neither shocking, nor criminal at this point in time. I refuse to see the clock turned back on this issue in my lifetime."

about 3 hours ago
Stitching together a monument to sick kids, one bead at a time