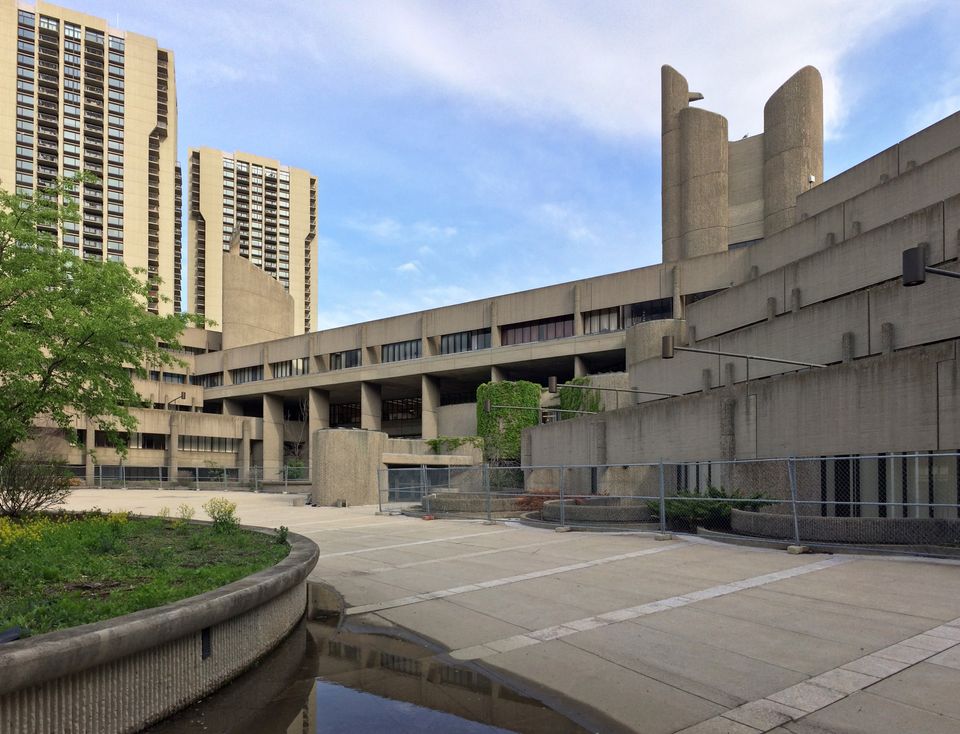 Another Brutalist building may soon bite the dust, and along with it a treasured post-war mural by the artist Constantino Nivola. Last week Massachusetts officials announced that the Charles F. Hurley Building inside Boston’s Government Service Center would be redeveloped for private use. The decision comes as real estate prices in the city spike, meaning that the state could earn tens of millions of dollars from the potential deal.

“I am deeply concerned about the fate of Paul Rudolph’s Brutalist masterpiece,” says Theodore Grunewald, a curator and architect involved in several preservation efforts around the US. “I’m fearful that Massachusetts is about to commit a stupid and shortsighted act of cultural vandalism.”

Although Massachusetts Governor Charlie Baker has assured preservationists that stakeholders will be consulted if and when the corrugated cement building is demolished, some historians are not taking any chances. That is because many consider the Charles F. Hurley Building to be an important example of the Brutalist style. It was designed in the 1960s by Paul Rudolph, a student of the Bauhaus movement who became a champion of the Modernist aesthetic as chair of Yale University’s School of Architecture. In 1963, he built the school’s lauded Art and Architecture Building, another one of his Brutalist creations. Likewise, Nivola also made a name for himself in the post-war years. The Italian artist immigrated to the US during the Second World War and became known for unique sand-casting and cement-sculpting techniques that adorned shops on Fifth Avenue and the gallery walls of the art dealer Leo Castelli in New York.

Over the last few decades, several of Nivola’s murals have been destroyed and walled over. In the 1970s, his landmark carvings at the Olivetti showroom on New York’s Fifth Avenue were disassembled, and some were turned into rubble. And in 2006, his wall relief for Harvard Law School’s International Legal Studies Center was hidden behind a plain wall adorned with other examples of Modern art. Consequently, Nivola’s prominence in post-war art history has waned. For many art historians, that makes their mission to salvage his mural at the Government Service Center all the more important.

“If this mural is destroyed, we will all be losing a unique and priceless example of public mural art by an artist of unique wit and talent and international reputation,” says Michele Bogart, a professor at Stony Brook University who specialises in the history of public art. “The sense of context and historical place will be fundamentally lost if the palpable physical traces of that place go. Too much of this is happening now, and it needs to stop.”

Many Bostonians, however, would be happy to see Rudolph’s cement giant disappear from the skyline. Since its creation 50 years ago, the Government Service Center has been criticised as “unfriendly”, “cold” and “jail-like”. Defenders of the Brutalist architect would likely agree, but argue that its inadequacies are the result of an incomplete build. Massachusetts did not implement everything in Rudolph’s master plans for the space, creating what at least one scholar calls his great “unfinished symphony”.

But now, public officials find themselves at a crossroads. The 327,000-sq.-ft building houses 675 workers across several state departments. The Baker administration says it would cost more than $200m to repair the building, which is why it is turning to private developers for assistance. The state’s current plan is to issue a ground lease to a development partner who would oversee the design, planning and construction of a new office complex—complete with retail space and restaurants—according to The Boston Globe. Governor Baker’s administration says it plans to identify a redeveloper within the next 18 to 24 months. Construction could begin as soon as 2022.