The oil company will support one exhibition at the museum next year, but not a show dedicated to the people of the Arctic 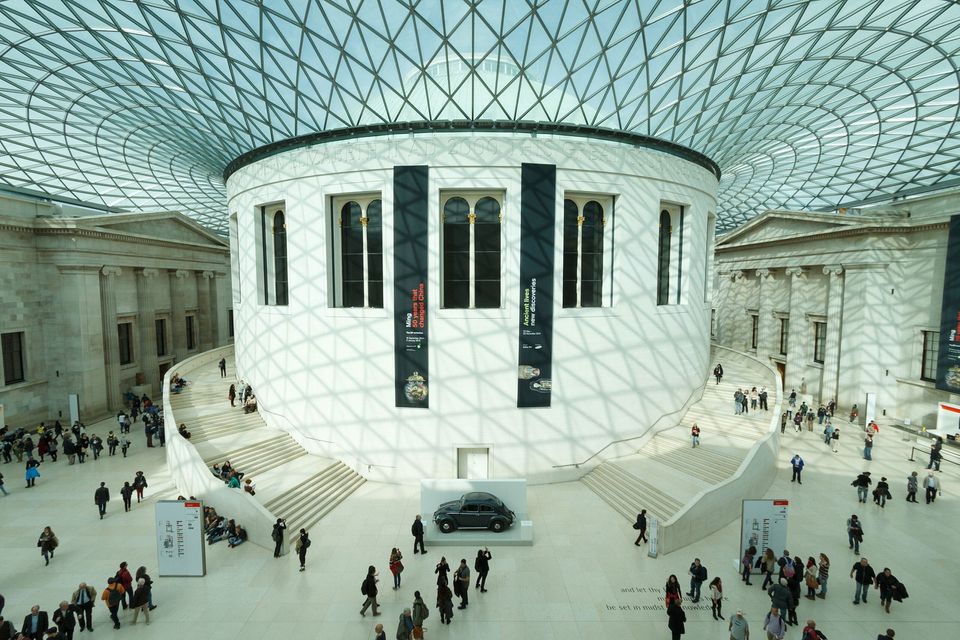 Hartwig Fischer, the director of the British Museum, has endorsed British Petroleum (BP) as a sponsor amid growing pressure for cultural institutions to cut ties with the controversial oil company. At a press briefing marking the publication of the museum’s 2018/19 Annual Review, Fischer said today that BP's support for the museum over the years has helped “create unique learning opportunities”, such as the forthcoming exhibition Troy, Myth and Reality (21 November-8 March 2020). “This sort of support is vital to [the museum’s] mission,” he said.

BP will not sponsor a show dedicated to the people of the Arctic due to open next year, Fischer said. "The exhibition presents the history of the circumpolar Arctic through the lens of climate and weather," according to a museum spokeswoman. She confirms that the oil company will support another exhibition in 2020. Other planned shows will focus on the history of the spiritual religious tradition Tantra, Thomas Becket (the Archbishop of Canterbury during the reign of King Henry II) and the Roman emperor Nero.

Fischer's comments came after almost 80 artists, including Antony Gormley and Rachel Whiteread, wrote to the National Portrait Gallery (NPG) in London calling on it to end its links with BP, which has sponsored the gallery’s prestigious annual portraiture competition for 30 years.

“BP’s long-term support for the Portrait Award directly encourages the work of talented artists across the world,” says the NPG director Nicholas Cullinan in a statement. It also enables free admission to the exhibition, which attracted over 275,000 visitors last year, he adds.

“We continually aim to expand our list of corporate supporters and find new funding partners, although attracting new sponsorship is challenging in the current economic conditions. We have noted the point the letter raises about a BP representative being on the Portrait Award judging panel, which is refreshed each year,” Cullinan says.

The British Museum and NPG are among four cultural organisations to receive sponsorship from BP as part of a £7.5m deal that came into effect in 2018, and will extend over five years.

In February, a grassroots climate justice group called "BP or not BP?" staged a mass demonstration at the British Museum protesting against the company’s sponsorship of the exhibition I Am Ashurbanipal: King of the World, King of Assyria.

At today’s briefing, Fischer also highlighted the British Museum’s various programmes for preserving cultural heritage in conflict zones. These include the Iraq Scheme, which trains Iraqi heritage professionals in archaeological excavation, supporting the conservation of sites such as Tello (ancient Girsu) in the south which have been destroyed by Isis.

Meanwhile, 154 Mesopotamian texts written on clay in cuneiform script will shortly be returned to the Iraq Museum in Baghdad after they were seized on entry to the UK in February 2011. Most of the texts, which the British Museum has safeguarded, date to the period between 2100BC and 1800BC and belong to the Ur III and Old Babylonian dynasties. In addition, a group of Gandharan sculptures from Afghanistan which hung on the walls of Buddhist monasteries—confiscated at Heathrow Airport in 2002—will be shown at the British Museum.

Fischer also provided an update regarding the Benin Royal Museum planned for Benin City in Edo State, southern Nigeria. The new museum, which will house plundered Benin artefacts on loan from European museums, will be at the heart of a proposed cultural quarter in Benin City alongside other heritage sites such as the Oba’s Palace.

In 1897, British forces raided the kingdom’s royal palace in an attempt to overthrow the Oba. Around 4,000 bronze and ivory artefacts were looted by the British army; since the 1960s, the Court of Benin and the Nigerian government have repeatedly called for their repatriation.

The British Museum holds more than 700 objects from the region and is part of the multilateral museum consortium known as the Benin Dialogue Group, which is offering to provide rotating loans to the Benin Royal Museum. The group recently convened, Fischer says. “I think we can develop something viable for the public in Benin City,” he adds.