A wall of mirror-plated squares suspended by transparent nylon threads moves gently in the breeze, creating dappled patterns on the floor. The 1963 kinetic sculpture, by the octogenarian Argentinian artist Julio le Parc, is not the kind of art that visitors to the Brussels Art Fair (Brafa) are used to seeing when first entering the fair, which is known for its mixture of antique furniture, tribal art and design objects. 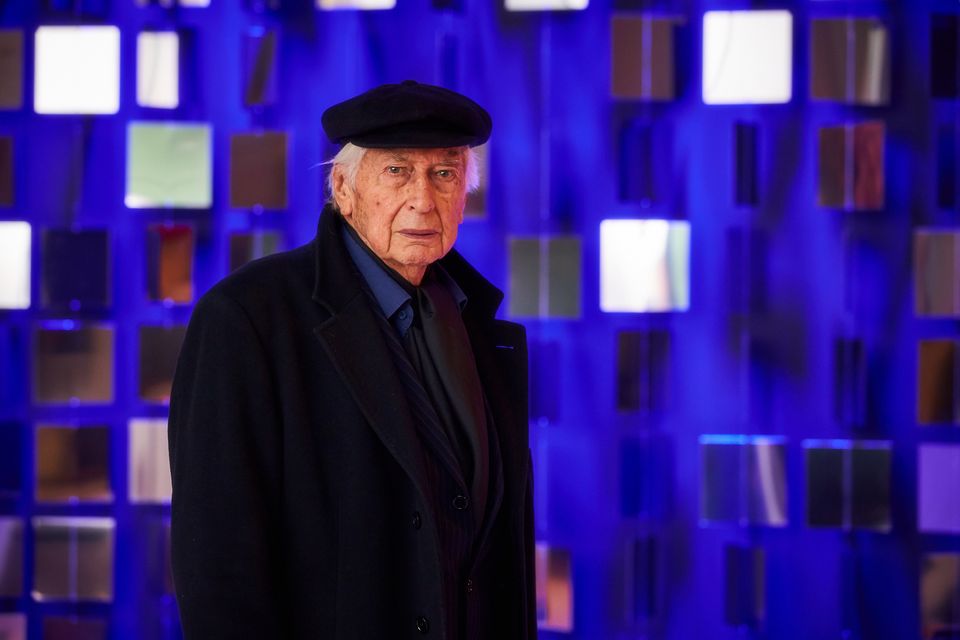 Julio Le Parc in front of his work at Brafa 2017

But for its 62nd edition, Brafa is embracing the contemporary (until 29 January). For the first time the fair is giving pride of place to a contemporary artist by installing four large-scale works by Le Parc throughout the Tour & Taxis building. Le Parc, who has his first major solo museum show in the US at the Pérez Art Museum in Miami (until 19 March), has also inspired the design and decoration of the fair–from the carpets to the flower arrangements.

Brafa’s commitment to the contemporary is not just skin deep, however. The number of contemporary galleries has grown from six last year to ten this year, out of a total of 132 exhibitors. “Over the past couple of years we have had an increasing number of requests from contemporary galleries,” says Bruno Nelis, the head of communications for the fair. “We finally agreed to include a group of ten, but we are capping it at that. We want the fair to remain in balance with the other specialists.”

The four newcomers are the London- and Old Jaffa-based gallery Omer Tiroche; Bernier/Eliades, which has galleries in Athens and Brussels; the Knokke-based dealer Patrick de Brock; and Rodolphe Janssen from Brussels. Janssen says he decided to take part at Brafa for the first time because he is scaling back on international fairs to focus on local collectors. “Everyone is talking about globalisation but we don’t have a lot of visitors from abroad,” he says. “The number of collectors in Belgium is very deep and I was neglecting them a bit.”

It is a strategy that appears to be paying off. Janssen sold around 20 works on the first day, including several pieces by the Cologne-based brothers Gert and Uwe Tobias, priced between €3,500 and €45,000, and five works on paper from the 1950s by the Belgian artist Pierre Alechinsky for €25,000 each.

Fellow first-timer Omer Tiroche says he is looking to expand his client base in the region. The relatively emerging dealer is showing art he believes will appeal to a central European sensibility, including paintings by Surrealists and members of the Cobra group. Works are priced between €40,000 and €3m.

Jan De Clercq, the co-owner of the Brussels gallery Meessen De Clercq, which is participating for the second year and is showing contemporary works priced between €1,500 and €440,000, says Brafa is aware that its traditional collector base is gradually ageing. “By bringing in contemporary galleries they are hoping to keep the fair dynamic and attractive to the younger generation,” he says. “So far, it seems to be working.”