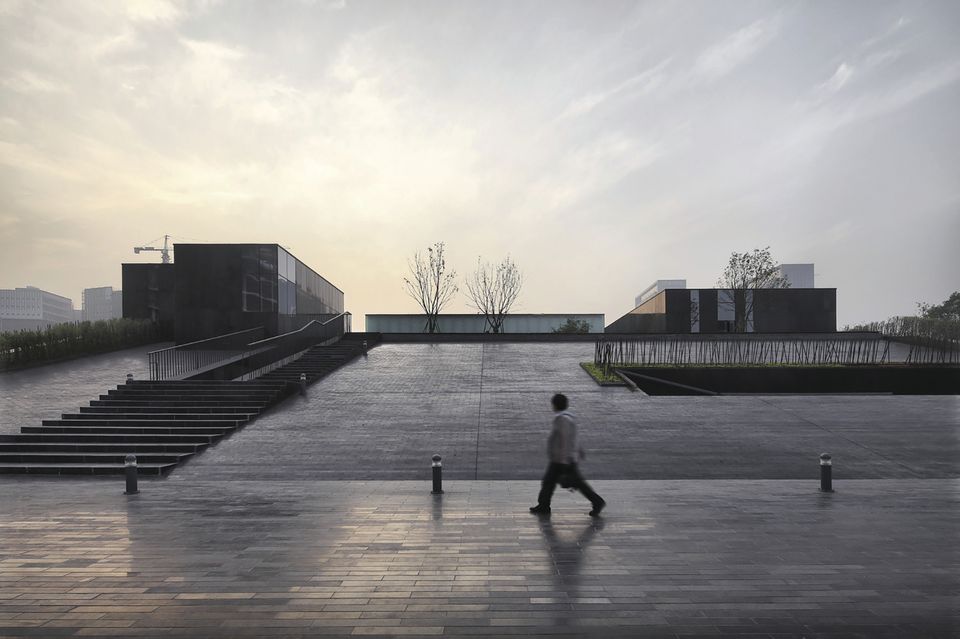 The Museum of Contemporary Art in Chengdu is running a reduced exhibitions programme under an acting director © ArchExist; courtesy of Jiakun Architects

Chengdu’s Museum of Contemporary Art (MoCA) has quashed swirling rumours of its institutional demise. The museum was considered a promising addition to the emerging Sichuan art scene when it was founded in 2011 by a state-owned investment company, but reports of its closure have circulated since 2015.

Chengdu MoCA “is not closed and we still have exhibitions now”, a spokeswoman says. Despite the departure in 2017 of the director, Lan Qingwei, the museum is running a programme focused on art and technology, she says. The number of shows has been reduced, however, “from eight to ten per year to three to four”. The manager of the museum’s parent company is currently acting as director, the spokeswoman says.

The uncertainty is symptomatic of the problems that plague China’s proliferating art museums. Contained within a software park, Chengdu MoCA was created amid the Sichuan capital’s property boom but it lost significant funding after a 2013 corruption crackdown implicated several of its official backers.

Many Chinese museums have sprung up as part of property developments, but after high-profile openings in expensive buildings they struggle to maintain funding, retain staff and stay in the public eye. The model varies, with museums attached to shopping malls, luxury hotels and mixed-use developments, some initiated by private property firms and others by state-owned agencies.

Among the latest and most ambitious projects are the Shanghai government’s International Art City, planned within 400 buildings at the former Baoshan steel facility, and a 400-hectare “art eco-city” backed by Guangdong Yuegang Investment Development in Hebei province’s Xinglong Valley, with a soft launch in 2019. Late next year, Adrian Cheng’s K11 museum-retail chain will also unveil its flagship K11 Musea complex in Victoria Dockside, a $2.6bn art and design district in Hong Kong’s Kowloon.

Institutional sustainability was a key topic at Museums 2050, an annual forum on Chinese museums that began in June at Shanghai’s Long Museum West Bund. “Over the past 15 years, the sheer volume of the growth [of museums] in China is unique,” says Leigh Tanner, an independent curator who co-founded the event. “At the same time, there is not a strongly held idea of what a museum should be or a deeply ingrained museum-attending culture.” The combination, Tanner believes, could “provide innovative new models for the rest of the world”.

But Daan Roggeveen, the founder of the research-based firm More Architecture and a speaker at the forum, sounded a warning note. “Artistic independence is critical,” he said. “It is obvious that the combination of galleries and real estate is not driven solely by good intentions.”

Roggeveen cited K11 and the How hotel-museums in Shanghai and Wenzhou for thinking beyond bricks and mortar. “A successful hybrid requires a serious, long-term investment in curatorship, content and support programmes including education and residencies,” he said. “This ensures a true involvement of the museum with its community, which can also guarantee an engaged, durable audience.”