Can Marrakech's 1-54 art fair step into the breach of city's cancelled biennial?

New fair brings contemporary African art home, but jury is out as to whether a commercial event can replace a public exhibition 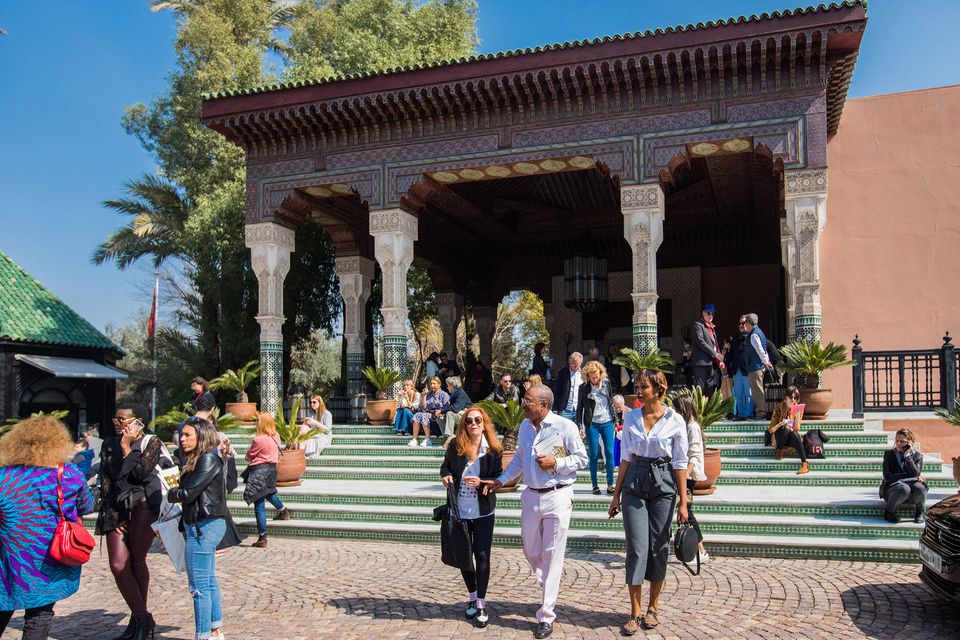 The cancellation of the Marrakech Biennale last September due to a €250,000 deficit left a sizeable hole in the city’s cultural calendar, but the 1-54 Contemporary African Art Fair ably stepped into the breach when it launched its first African edition in Marrakech last week—albeit in a commercial capacity.

“For once we are the main event,” said Touria El Glaoui, the fair’s founding director, who originally decided to launch in Marrakech to coincide with the biennial (she also sits on the latter’s board). El Glaoui has established successful editions of 1-54 in New York in May and London in October as satellite events to the Frieze art fairs.

Cultural and corporate partners played a crucial role in creating a city-wide buzz around 1-54 Marrakech, El Glaoui said, among them the opulent La Mamounia hotel, which hosted the fair and scores of its guests. “We have also extended our doors beyond the fair; the city is our playground,” El Glaoui said, paying tribute to the biennial, which “prepared Marrakech for 1-54”.

Key support came from Comptoir des Mines, a sprawling gallery complex owned by Hicham Daoudi that opened late for exhibitions and performances, and the young collector Othman Lazraq, who relaunched his family's Museum of African Contemporary Art Al Maaden (Macaal) for an international audience last week. Works by many artists featured in two exhibitions at the museum could be spotted on the stands at 1-54.

Among them was Abdoulaye Konaté, from Mali, whose textile wall hangings were on view at Blain Southern and Primae Noctis galleries. Laetitia Catoir, a director at Blain Southern, said interest in Konaté’s sculptures (prices ranged from €45,000 to €85,000) was “buoyed by the artist's presence at the fair and the unveiling of his work at Macaal”. Two pieces had been reserved, with “several new commissions” in the pipeline, she said. 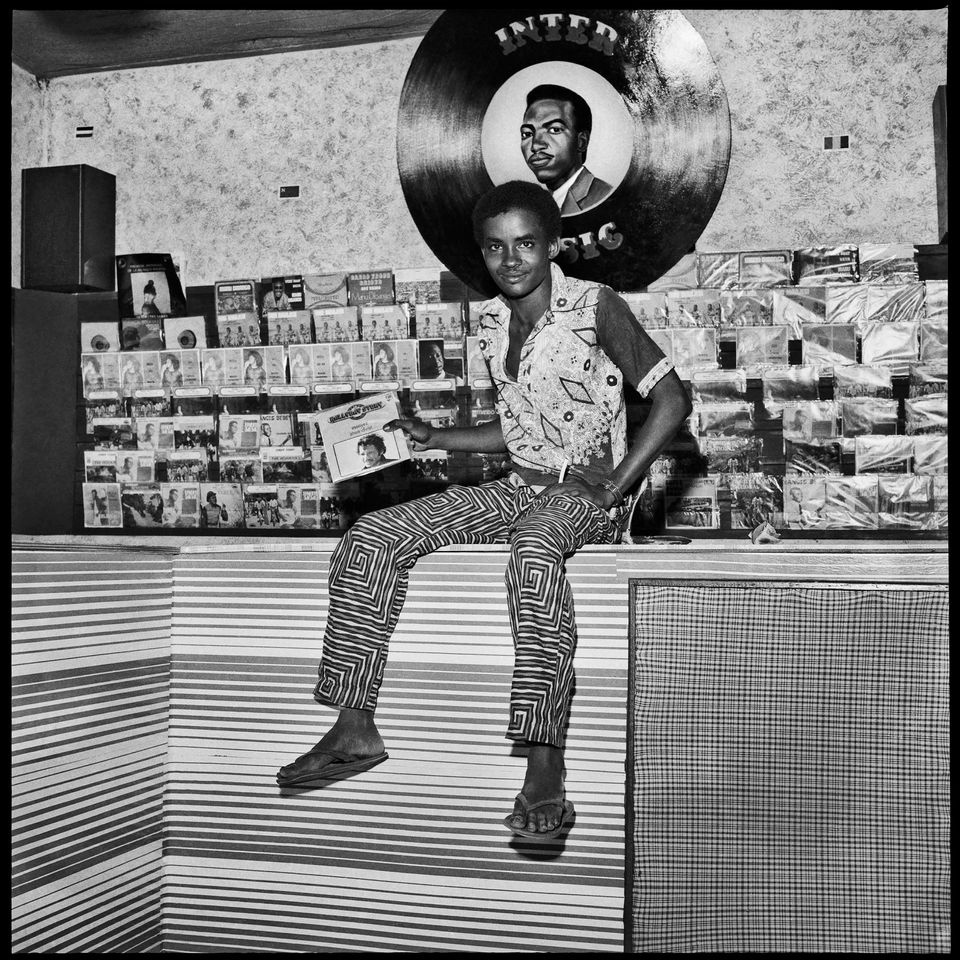 An indication of the level of the fledgling market in Marrakech, Primae Noctis gallery sold three textile pieces by Konaté at the slightly lower price of €25,000 to €45,000 at the VIP preview, attended by museum directors and curators including Glen Lowry of the Museum of Modern Art in New York, Zoe Whitley of London's Tate, the independent curator Simon Njami and Azu Nwagbogu, the founder and director of the African Artists' Foundation in Nigeria.

Yossi Milo, the owner of the eponymous New York gallery, attributed the fair’s success to its “intimate scale” (only 17 galleries took part), enhanced by the extensive off-site programme. “The week was filled with events, both at people’s homes and at various foundations and museums,” he said, adding that he plans to return next year. During the VIP opening, the gallery reported it had found homes for nine pieces by the two artists in its booth: the Burkino Faso photographer Sanlé Sory ($3,500-$6,000) and the US artist Kyle Meyer, whose photographs woven with fabric were selling fast ($7,500 to $12,500).

Some described the fair as a significant step up for the market in north Africa. “1-54 has definitely helped put Marrakech on the international art circuit,” said Toby Clarke, the director of Vigo Gallery, which sold four works by the Sudanese artist Ibrahim El Salahi (priced between £25,000 and £40,000) and two photographs by the British-Moroccan Hassan Hajjaj (£6,000-£10,000).

For several dealers, the fair fulfilled the role of the biennial. “Touria managed to bring artists, galleries, collectors and institutions from all over the world,” said Jacques-Antoine Gannat, a director at Casablanca’s Loft Art Gallery. “Together with the exhibitions and residencies in and around Marrakech, it felt a bit like a biennial.” The gallery sold all works in a new series of embroidered canvases by Joana Choumli (€1,800 each) and 12 landscape photographs by Hicham Benohoud (€3,200 each). Both artists are showing at Macaal.

However, others were more measured in their praise of the new fair, including Primo Marella, the director of Primae Noctis gallery, who said: “1-54 is a good contribution to the development of the art scene and market in Morocco, but it is not on the level of the biennial”. 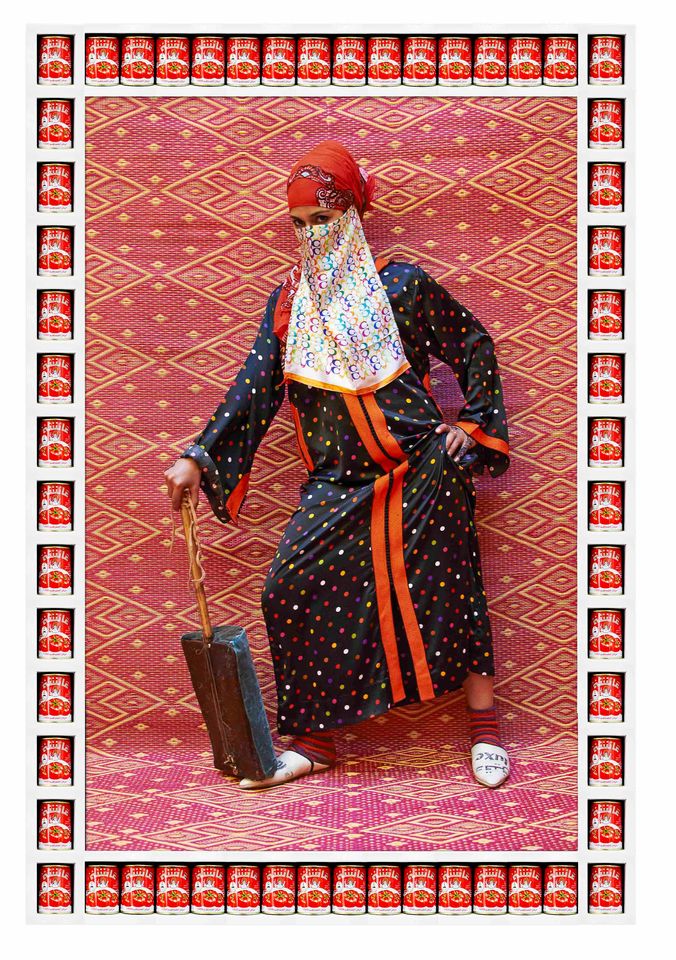 Vanessa Branson, the sister of the billionaire investor Richard who founded the Marrakech Biennale in 2004, said a commercial art fair could not replace the biennial, which “is a much more democratic and grass roots affair”. Branson stepped down from the biennial in 2014 having personally donated more than €2m to the organisation over ten years, but remains its ambassador.

Branson said the biennial is backed by King Mohammed VI, but “he cannot be seen to be [financially] supporting the arts in a country that is in need of support in so many other areas such as education and healthcare”. Government support for the arts is virtually non-existent in Morocco. Future investment could come from the US and Middle East, according to Branson. “Supporting an arts organisation in North Africa is a beautiful way of disagreeing with the US government’s stance on the arts,” she said.

Meanwhile, in protest to the biennial’s cancellation, a trio of Moroccan artists launched a virtual event on Facebook on 24 February, titled The Fictional Marrakech Biennale 2018. The aim, according to Youness Atbane, M`barek Bouhchichi and Simohammed Fettaka, is to “repair and remedy” the situation and to “create debate and reflection around the disappearance” of the exhibition, which it describes as “a form of violence”.

The group is inviting artists to submit proposals that respond to such questions as: “How can we build a path in an area that seems to be in permanent and continuous decline?” and “How to produce art when material culture is under constant threat of degradation?” The projects will be presented to “the four corners of the imaginary map of Moroccan contemporary art” (until 8 May).