The work by Gabriella Hirst, titled An English Garden and consisting of a flowerbed of roses and benches, had received no complaints from the public 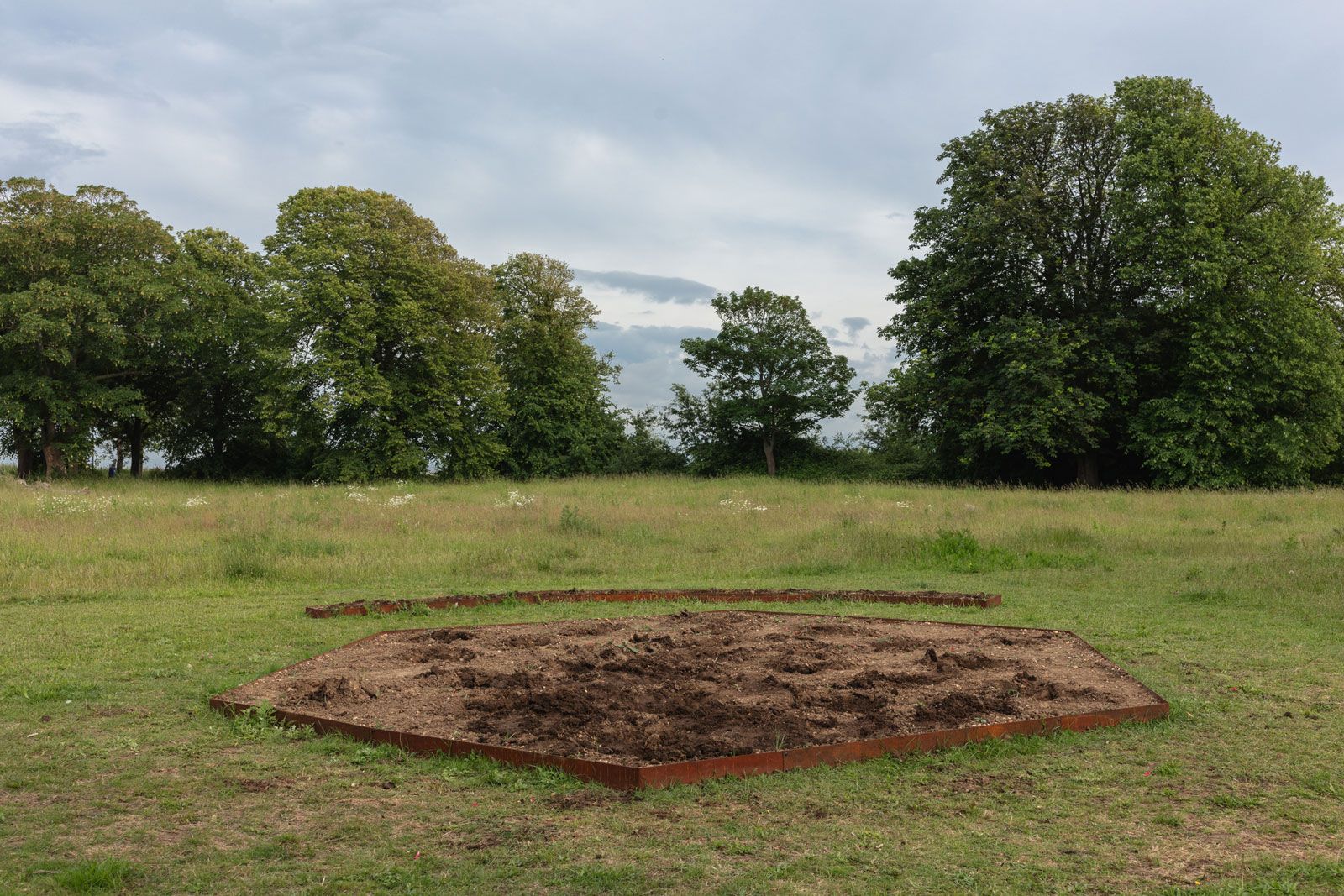 The site in Gunners Park after the removal of Gabriella Hirst's work © Photo: Anna Lukala

An installation has been removed from a park in Essex, southeast England, after local Conservative councillors threatened to “take action against the work”, according to a statement released this week by the arts organisation Metal, based in Southend-on-Sea.

The work by Gabriella Hirst, titled An English Garden, was on show in Gunners Park in Shoeburyness and consisted of flowerbeds planted with the Atom Bomb rose variety and Cliffs of Dover irises, surrounded by three park benches. The objection appears to be focused on the inscriptions on the plaques attached to the benches. One of the texts details the development of the UK’s first atomic bomb at a research facility on nearby Foulness Island in the early 1950s, which was subsequently tested off the northwest coast of Australia, and the recent UK government announcement of a 40% increase in operational nuclear missiles.

The artist wrote on her Instagram page that the councillors “took issue with a plaque included in the work, which critically reflected upon Britain’s nuclear history and colonial legacy”. The artist and commissioning organisations were “given a 48 hour ultimatum to remove the work”, she adds. 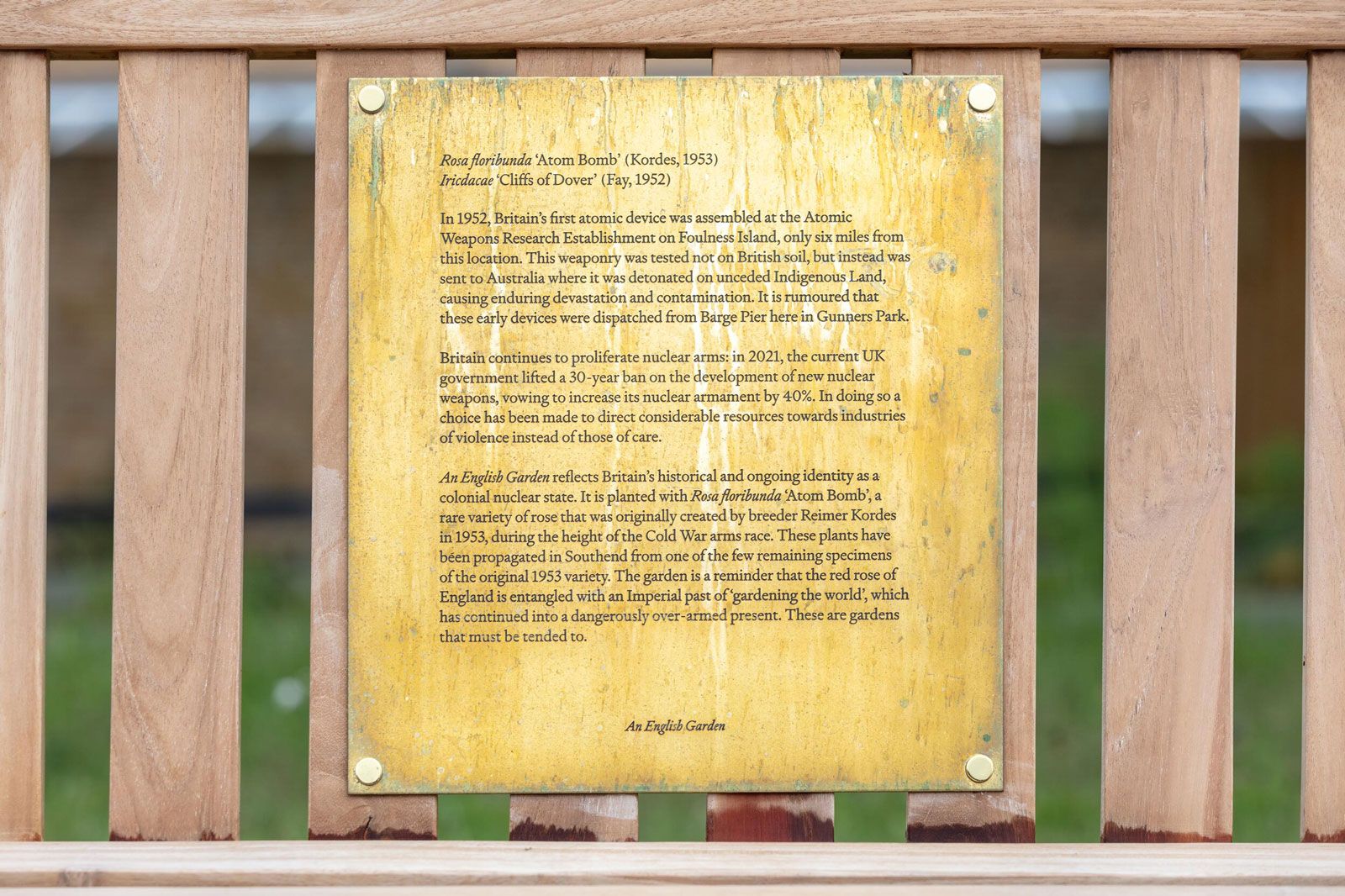 One of the plaques attached to a bench in Gabriella Hirst's An English Garden (2021) installation © Photo: Anna Lukala

The installation was commissioned by Metal and the artist-led charity The Old Waterworks as part of the recent Estuary festival (which took place in May and June) and was due to remain in situ until 31 August. But the work was removed on 23 June following “intense pressure” from the local Conservative councillors who, according to the statement from Metal, said “they would ‘take action against the work’ bringing with them national attention highlighting what was their fundamental misreading of the work as a ‘direct far left-wing attack on our History, our People and our Democratically Elected Government’”.

The Metal statement goes on to explain that the decision was taken “to protect the wellbeing and mental health of our small team of staff and volunteers in Southend from possible adverse effects that might arise from any ‘action’ taken against the work based on a distortion of the actual meaning of the work”.

The Old Waterworks, which co-commissioned the work, says in a statement that it “supports and understands Metal’s position in reaching this decision, however we must also acknowledge that the artist, Gabriella Hirst, disagrees entirely with this action but respects the responsibility Metal has to their staff and communities in these difficult situations.”

The organisation's statement goes on to explain that a letter sent by James Moyies on behalf of Southend’s Conservative group of councillors included a demand “to alter the text contained in the plaque under supervision […] shifting the work’s intentions and putting words into the artist’s mouth.”

Moyies tells The Art Newspaper that “the plaque on the bench was offensive and inappropriate in a council-owned site”, adding that the “situation was amicably resolved”. A press officer for Southend-on-Sea council tells us that the site is managed by the Essex Wildlife Trust rather than the council. But The Old Waterworks said in a statement: “There has been no positive engagement with the councillors who threatened to play out the dialogue across the media, bypassing all attempts of reasonable discussion.”

Moyies is one of three councillors for the Shoeburyness Ward, where Gunners Park is located, along with the two independent councillors Nick Ward and Steven Wakefield who did not object to the work. Wakefield adds that he did not receive any complaints from residents of the area. Metal, The Old Waterworks, and a spokesperson for Southend-on-Sea council also say that they did not receive any complaints about the work from the general public. 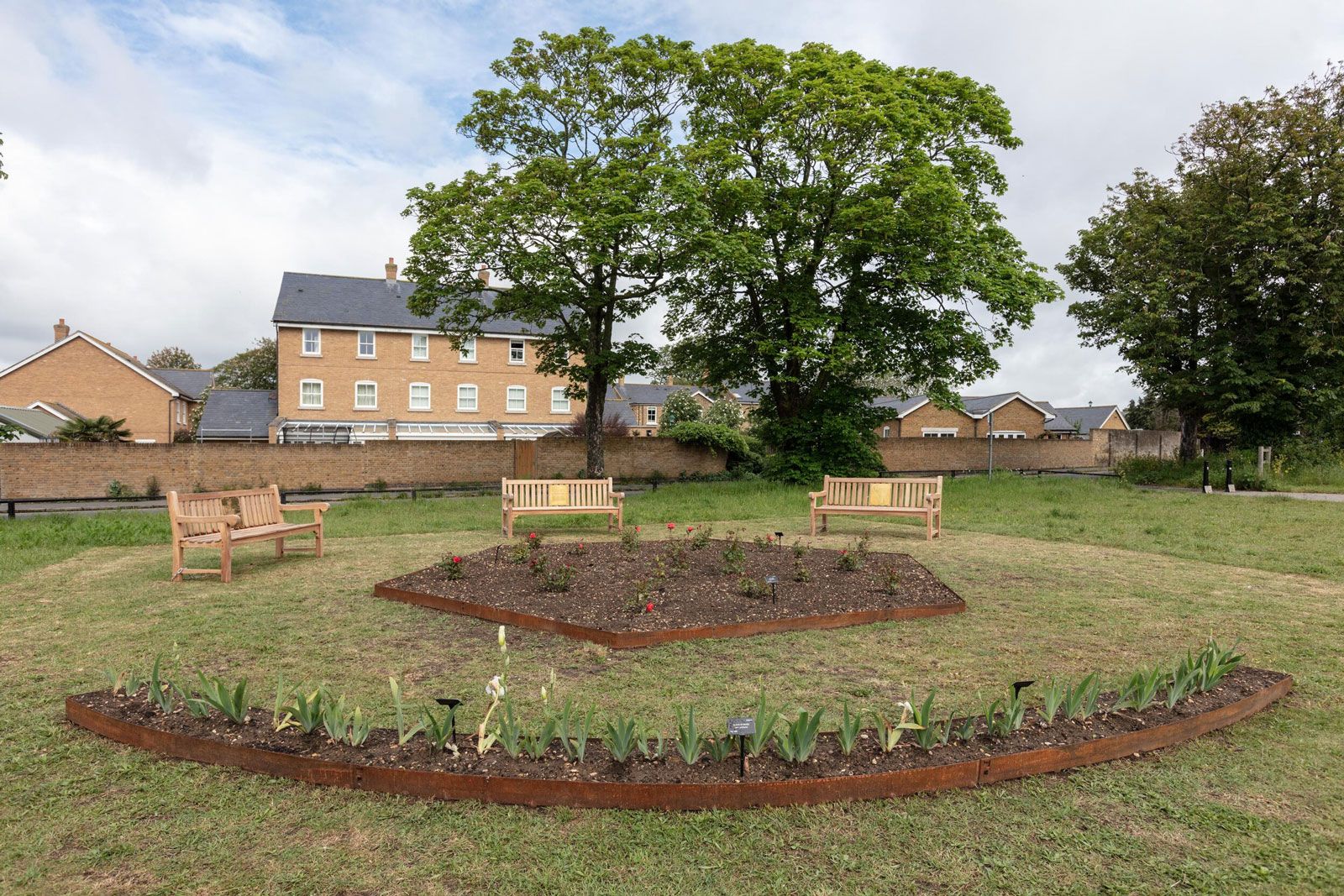 An English Garden (2021) by Gabriella Hirst, before it was dismantled © Photo: Anna Lukala

Hirst adds that “what remains of An English Garden now, is a series of empty garden beds. Over the coming months, I’ll be working with others in Southend and Australia to transform this void into a space for further dialogue.”