Carphone Warehouse billionaire David Ross did buy the Royal Opera House's $12.8m Hockney—now he is lending it back 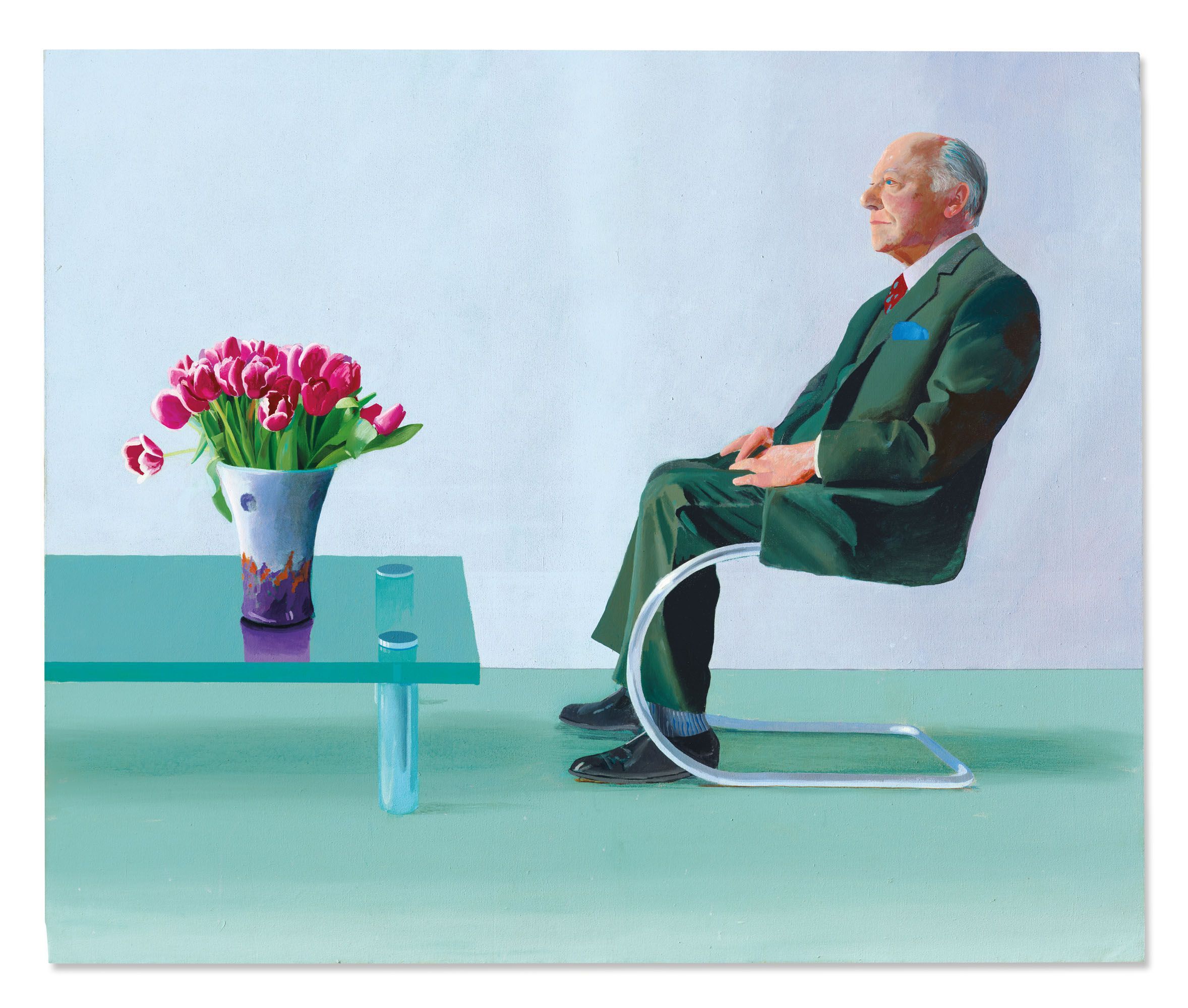 Now we know the rumours were true—the Carphone Warehouse co-founder and chair of the Royal Opera House's board of trustees David Ross did buy the opera house's David Hockney Portrait of Sir David Webster for £12.8m (with fees) at Christie's last month.

However, contrary to popular belief, Ross, an avid Hockney collector and opera fan, was not the painting's third party guarantor. It was backed by a private collector from overseas and Ross put in a bid by phone (naturally) at the last minute to stop the painting leaving the country and disappearing from public view, according to a source with knowledge of the matter.

The work sold at the lower end of its estimate of £11m (£12.8m with fees) and, once the transaction is completed, will return to the Royal Opera House (ROH)on loan immediately before going to the National Portrait Gallery—where Ross is also chair of the board of trustees—for its reopening exhibition in 2023. It will then return to the ROH on long-term loan.

The portrait of the former general administrator of the ROH, was commissioned and paid for from donations from the opera house’s staff upon Webster’s retirement in 1971.

Now, with the coronavirus pandemic having closed the ROH for months, the organisation is in dire financial straits and the sale of the Hockney forms part of a four-pronged strategy to help it through the crisis, along with other fundraising initiatives, restructuring and utilising government support.

Although some thought Ross might have masterminded the sale of the Hockney, this strategy, a spokesperson stresses, was decided on prior to Ross’s appointment as chair of the ROH's board of trustees in July.

“The arts have had an incredibly difficult year, with many institutions having to make extremely tough decisions in order to survive," Ross says. "Before I joined as its new chair, the Royal Opera House decided that it would sell this wonderful painting by David Hockney in order to sustain its community of artists and bring the world’s greatest performers back to the stage once again." He continues: “As the Chairman of the Royal Opera House and the National Portrait Gallery I care deeply about the arts being as accessible as possible and their educational value. So, I decided to participate in the auction to secure the painting for the British public."

Ross adds that it "is fitting that Webster has helped to preserve the organisation he so lovingly built."

The ROH's chief executive Alex Beard says the Hockney sale "is a vital part of our recovery strategy, and it was obviously a relief to achieve a successful auction. But it is a total delight to learn that the painting will also return to the walls of the Royal Opera House when we reopen our doors, and that the British public can look forward to enjoying this glorious work for years to come."