Artist's work, which will be performed in June, is meant as a gift to the US president

The US artist Carrie Mae Weems is creating a new performance intended as a gift for President Barack Obama. The work, Grace and Democracy, “examines how this historic moment has been defined by the recent escalation in violence, the killings of young black men, the events surrounding the Emanuel Nine and the positive responses to these tragedies”, Weems says.

Grace and Democracy will make its debut next June at the Spoleto Festival in Charleston, South Carolina, the city where a white supremacist shot dead nine people during Bible study at a historic black church in June. The piece will consist of an evening of music and spoken-word performances that will be “interwoven with text and video projection illuminating the role of grace and graciousness in the pursuit of peace”, the artist says.

Participants include the artist Theaster Gates and the musical ensemble he often collaborates with, the Black Monks of Mississippi, as well as the poet, playwright and recording artist Carl Hancock Rux, the lyricist and activist Aja Monet and the musician Imani Uzuri, who will sing with a local gospel group. Weems will enlist local students, or members of a theatre troupe, to recite texts while her own video work accompanies the music and readings. Weems is also in talks with Bill T. Jones, the artistic director and co-founder of New York Live Arts, as well as other organisations, including Celebrate Brooklyn, about adapting the performance.

Weems’s new work was partly inspired by Obama’s eulogy for Clementa Pinckney, the pastor who was killed alongside eight others at Charleston’s Emanuel African Methodist Episcopal Church. “When Obama stepped forward and sang Amazing Grace in eulogy for the nine whose lives were taken by this madness, the world took notice,” Weems says. “The generosity of that response was more powerful and galvanised more influence than the incredible act of violence ever will.” 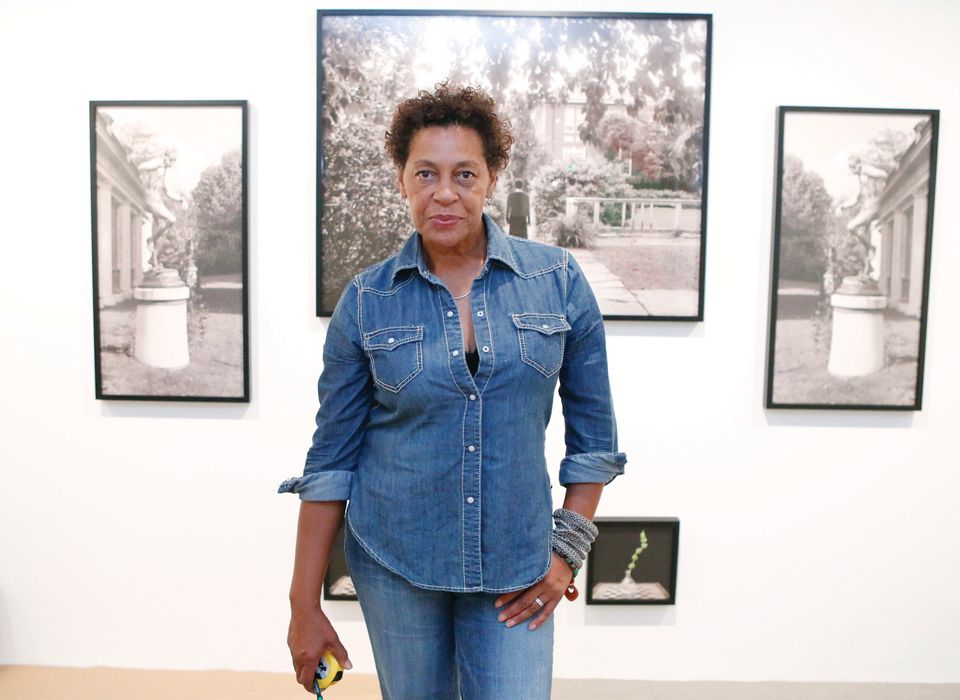 Another inspirational figure for Weems is Pope Francis. “I’m not a religious person, but what he’s doing is phenomenal,” she says. “I am so happy to have these two men living at the same moment, echoing each other across the boundaries of religion, ethnicity and all that bullshit to sing the same melody.

“These issues are issues for me in my life, so I thought I would make a piece, and a gift for Obama,” says Weems, who was awarded a MacArthur Foundation Genius Grant in 2013 for uniting “critical social insight with enduring aesthetic mastery”. She has previously made work focused on Obama, most recently the Obama Project, which was timed to coincide with the 2012 US presidential election. In it, she presented a more ambiguous view of the president, suggesting that he has been judged by harsher standards than his predecessors.

As part of Grace and Democracy, Weems is designing a gift box to store original material such as videos, photographs, notes and poetry, which she intends to give to Obama. “We’re just going to give it to him. Hopefully he will like it. Maybe when he is old and he and Michelle are just kicking back, they’ll say, ‘Let’s look at that old gift box Carrie Mae Weems sent us,’” the artist says, laughing. “Now that would be fun.”