A portion of the proceeds from the selling exhibition will benefit two regional museums, the Museum of Contemporary Art of Monterrey and the Zapopan Art Museum 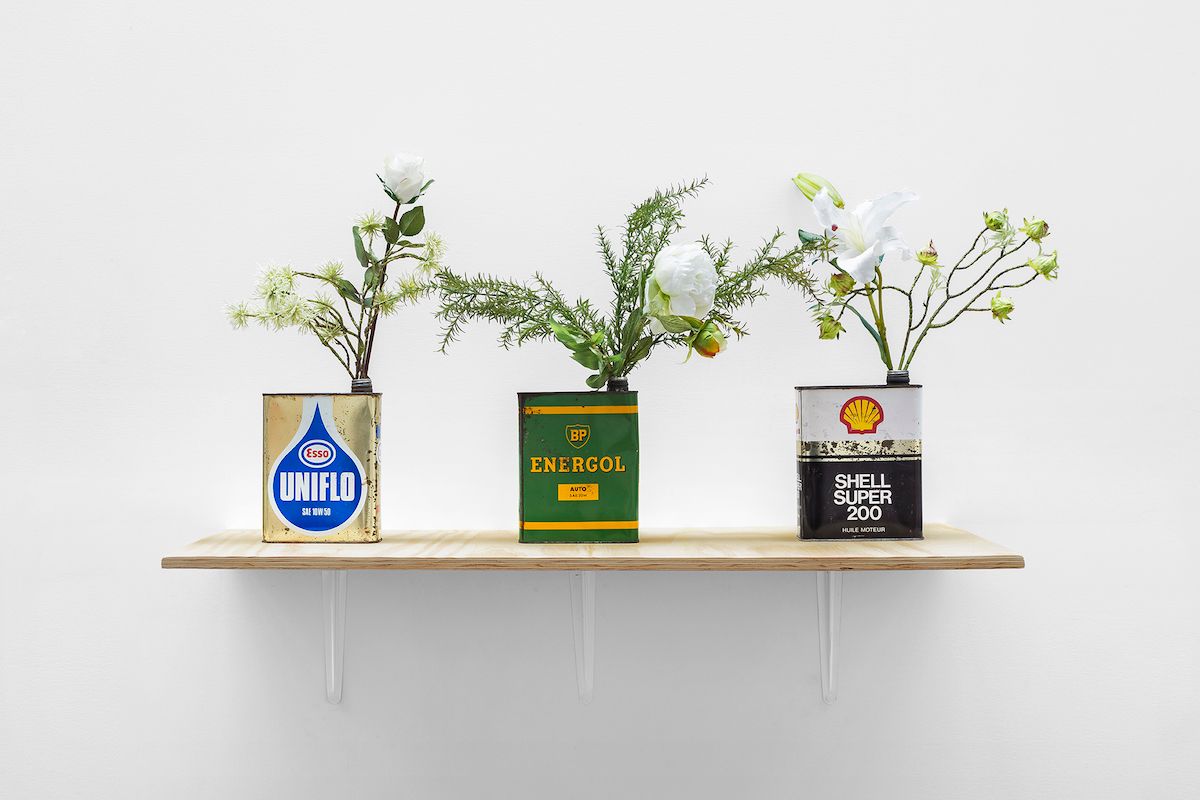 As federal budget cuts in 2020 crippled the Mexican cultural sector, toppled by the disruption of the international art fair calendar, ten Mexico-based galleries mobilised to form the Casa Versalles project, a boutique selling exhibition that aimed to build solidarity between artists, galleries and collectors and benefit financially-strained Mexican museums. The show was imagined as a respite from the online viewing room format popularised during the pandemic lockdown, as a means to combat the “digital fatigue that we have all experienced in the last year”, says the dealer Mónica Manzutto, of the participating exhibitor Kurimanzutto.

The second edition of Casa Versalles, which opened this week and runs until 20 June, returns to its eponymous 19th-century mansion in the Colonia Juárez neighbourhood. While the inaugural show saw 10% of proceeds donated to Mexico City’s Museo Tamayo and the Museo de Arte Carrillo Gil, this year the exhibition will benefit two regional museums, the Museum of Contemporary Art of Monterrey (Marco) and the Zapopan Art Museum. Organisers wanted to “move out of the centralised pull of Mexico City and support institutions that are still very active cultural hubs and merit attention”, Manzutto says. 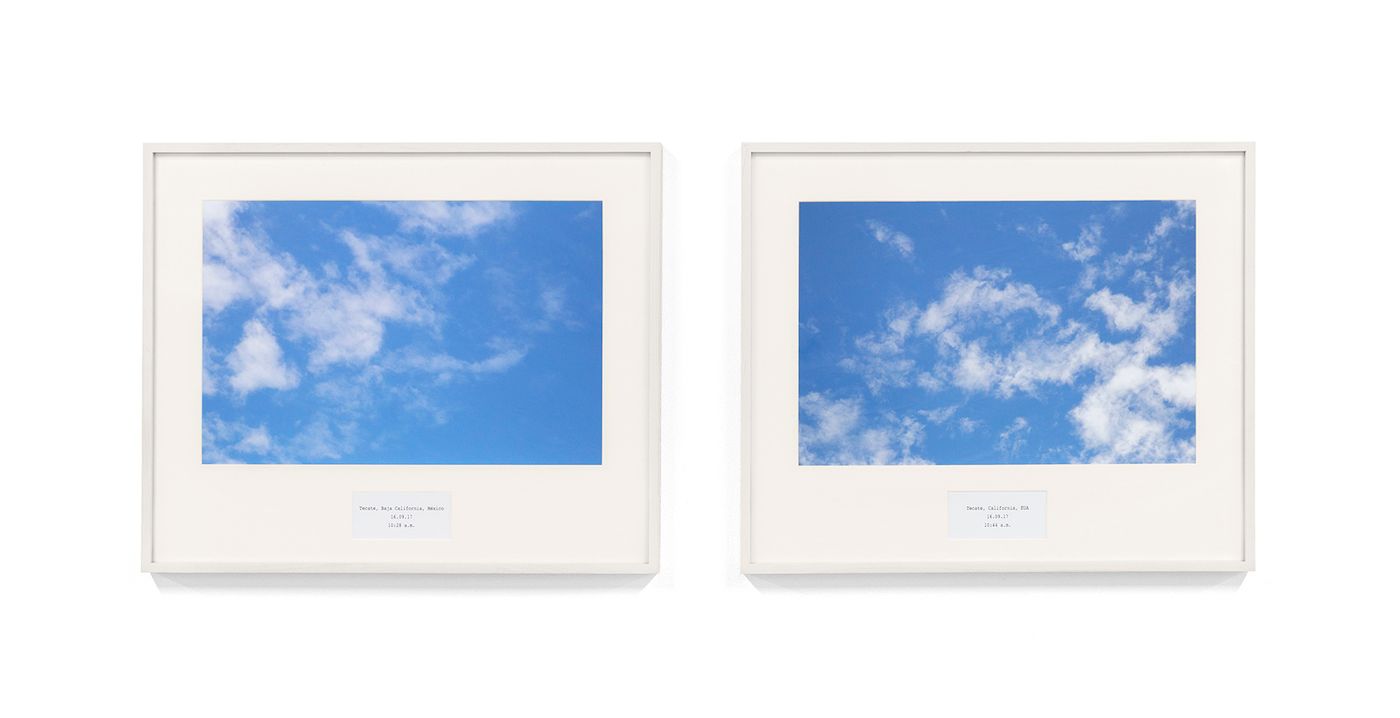 Among the highlights, Proyectos Monclova is showing a photographic polyptych by the Mexican artist Chantal Peñalosa, who was born in Tecate, a town on the US-Mexico border in Baja California. Peñalosa has juxtaposed photographs of passing clouds, one on either side of the border, resulting in a series of diptychs that poetically reference the border crisis. The artist is included in the major survey Normal Exceptions: Contemporary Art in Mexico at the Museo Jumex (until 15 August) and will have a solo exhibition at the Museo Universitario Arte Contemporáneo (Muac) this autumn. 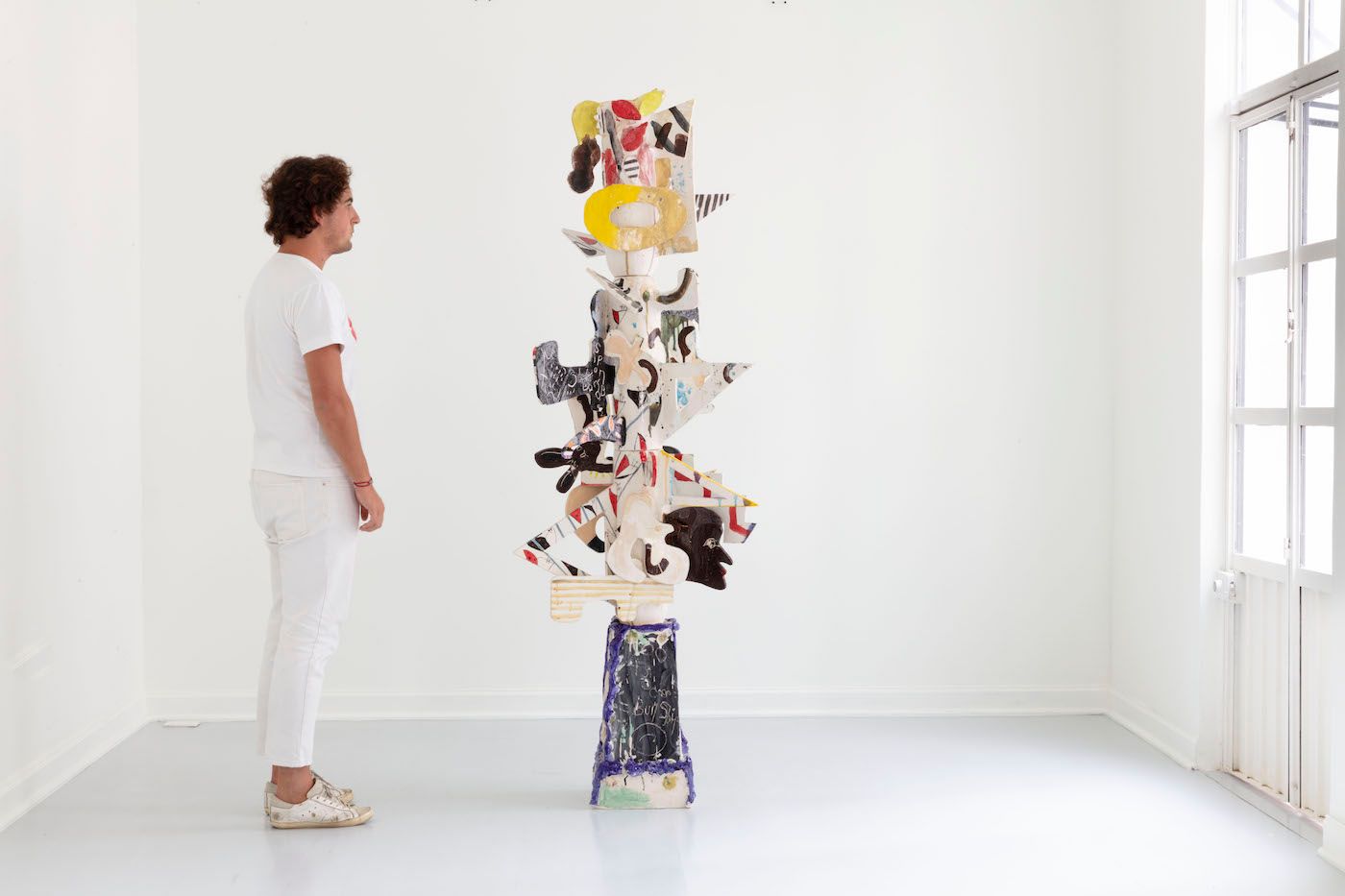 The Spanish dealers Silvia Ortiz and Inés López-Quesada of Travesía Cuatro, which operates in Madrid, Mexico City and Guadalajara, are presenting sculptures by three women artists, Donna Huanca, Teresa Solar and Milena Muzquiz. The works have elements of “facial expressions fluctuating between the extremes of the human psyche, like masks used in ancient Greek tragedies or in Japanese Noh dramas”, a spokeswoman for the gallery says. A totemic sculpture by Muzquiz “blends scenery and people into a lyrical collage”, while Solar’s ceramic glazed sculpture is “populated with connotations of connectivity and flow that interprets the clay as a metaphor for the relationship of the human and the geological mantle inhabited by our civilisation”.

And Kurimanzutto is showing a series of works by the conceptual Mexican artist Minerva Cuevas, best-known for her socially engaged works, including Energol - Motor Oil Vases (2019). The assemblage of aluminium cans and artificial flowers “invites us to rethink the role corporations play in many civic aspects, and particularly the management and capitalism affixed to natural resources”, says a spokeswoman for the gallery. Combining irony and humour, the work “appropriates the language of the establishment—branding, advertisement and commerce—while delivering a message of non-compliance and resistance”, she adds.