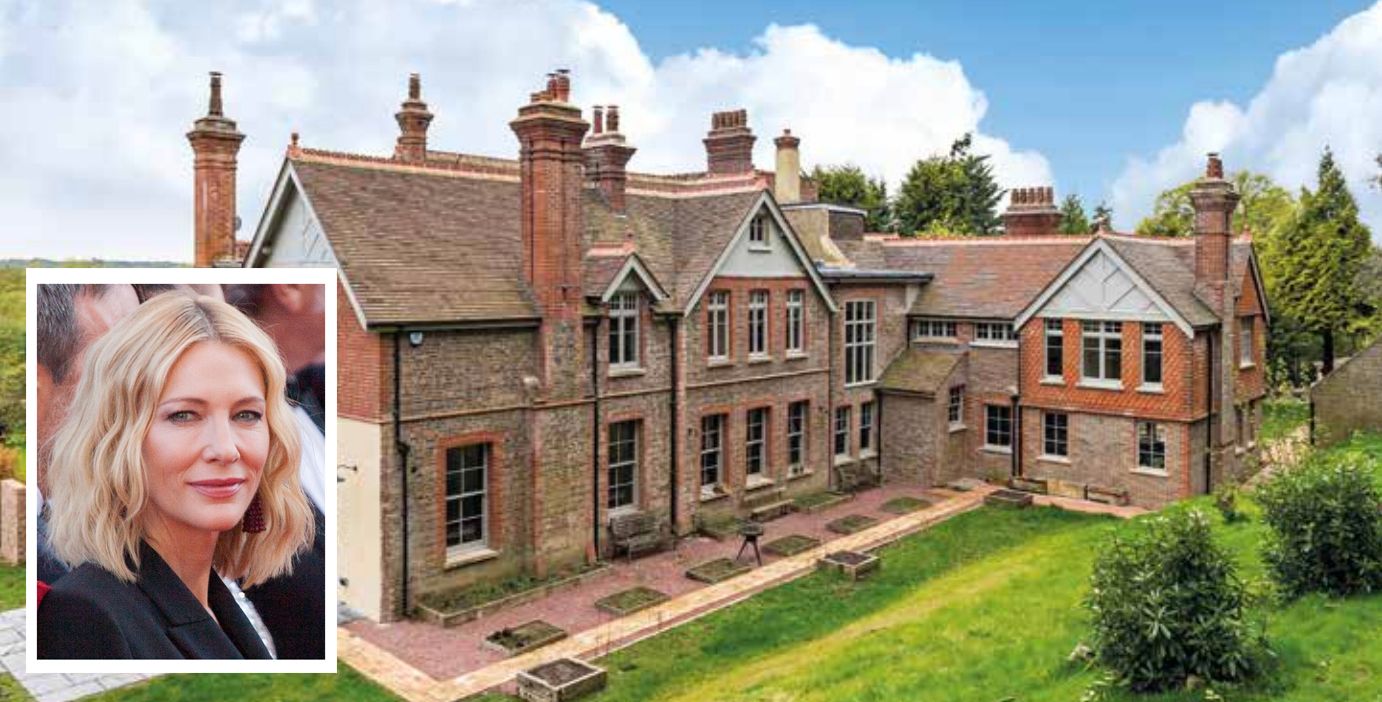 The actor Cate Blanchett is building her own private gallery at her country estate in East Sussex, England, to house her contemporary art collection. According to the Times newspaper, the new building in the grounds of Highwell House near Crowborough has been approved by the appropriate local councils. Blanchett bought the Victorian mansion in 2015.

Planning documents submitted to Wealden District Council dating from October 2020, show that the gallery will form part of a new building designed by Adam Richards Architects of London. The new complex, which will also include a meditation room, will replace a shed and cottage in the grounds of the property.

But both buildings house common pipistrelle and long-eared bats which are a protected species. The issue of protecting the bats was resolved by providing “bat roosting opportunities” in the new building, say the minutes from that planning meeting, which also state that the gallery plan for Highwell House was approved on 7 January.

The project is backed by another local authority, Rotherfield Parish Council; its planning and building committee minutes (on 8 December 2020) state that plans to “construct [an] ancillary garden building as home office/studio and gallery” have been approved. The reason given in the meeting notes is that it “will enhance the facilities of the property”.

Blanchett is thought to own works by Paula Rego and Zhang Huan. In 2010, the Sydney Morning Herald reported that Blanchett had bought the 20-panel piece Target by the Chinese-Australian artist Guan Wei. She could not be reached for comment.

The actor, who has starred in Blue Jasmine and Mrs. America, carved a presence in the art world with her role in the 2015 multi-screen film Manifesto, directed by the German artist Julian Rosefeldt. In the film, she delivers a dystopian performance as 13 separate characters who recite artists’ manifestos of various movements, from Kazimir Malevich’s Suprematist Manifesto (1916) to the Fluxus Manifesto (1963) by Mierle Laderman Ukeles.

Late last year, Blanchett appeared in a video and sound installation that reimagines the “temperaments”, or the theory of “personality types” introduced by the Greek philosopher Galen. The Four Temperaments (2020), created by the Italian artist Marco Brambilla,  was shown at Michael Fuchs Galerie in Berlin.