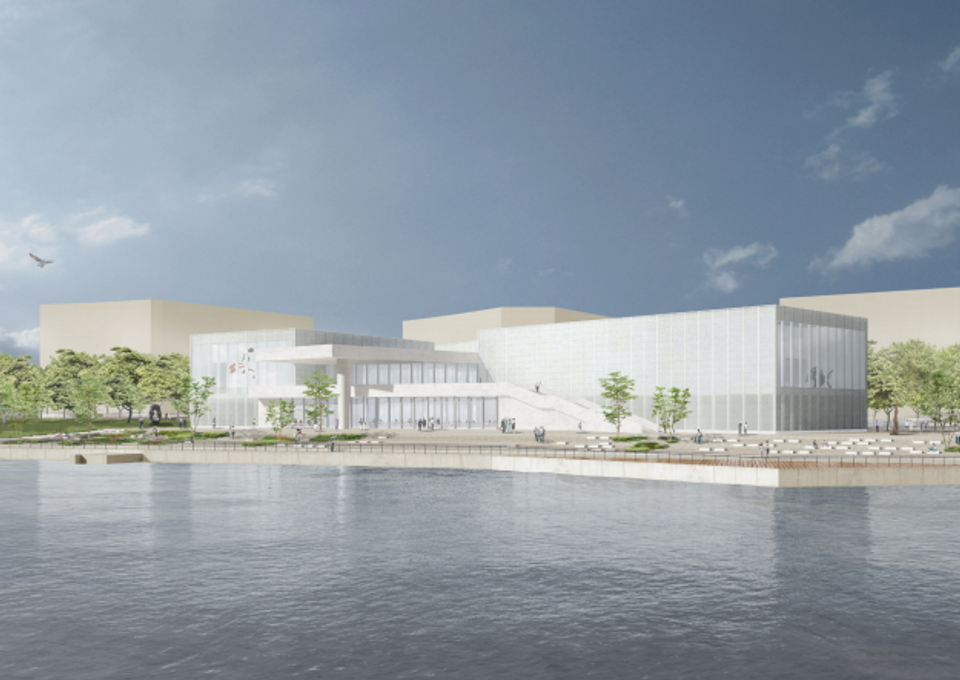 The Centre Pompidou’s long-awaited offshoot branch in Shanghai will open on 8 November, according to our sister paper The Art Newspaper France. Exhibitions drawn from the holdings of the Beaubourg Gallery will be shown in the new outpost, called Centre Pompidou x West Bund Museum, based in a wing of the 25,000 sq. m West Bund Art Museum designed by the UK architect David Chipperfield.

The opening season of exhibitions will focus on the themes of time and memory; these include The Shape of Things (November-May 2021) organised by Marcella Lista, chief curator of the new media collection at the National Museum of Modern Art-Centre Pompidou, which will encompass around 100 works drawn from the collection. A second show entitled Observations will include around 20 new media works dating from 1972 to 2017.

The project is driven by the district government of Xuhui and the Shanghai-based West Bund Development Group, which builds and manages real estate in the area. The West Bund project comes after plans to set up a Centre Pompidou branch in Shanghai were shelved in 2007.

Officials at the Centre Pompidou’s first “pop-up” branch in Málaga on the southern coast of Spain announced early last year that they had agreed to renew the collaboration agreement with the Paris museum for another five years, extending the partnership until 2025. The Kanal Centre Pompidou, based in a 35,000 sq. m former Citroën garage in Brussels, is due to launch in 2023.