Protesters stream into Whitney, calling for removal of board vice chairman 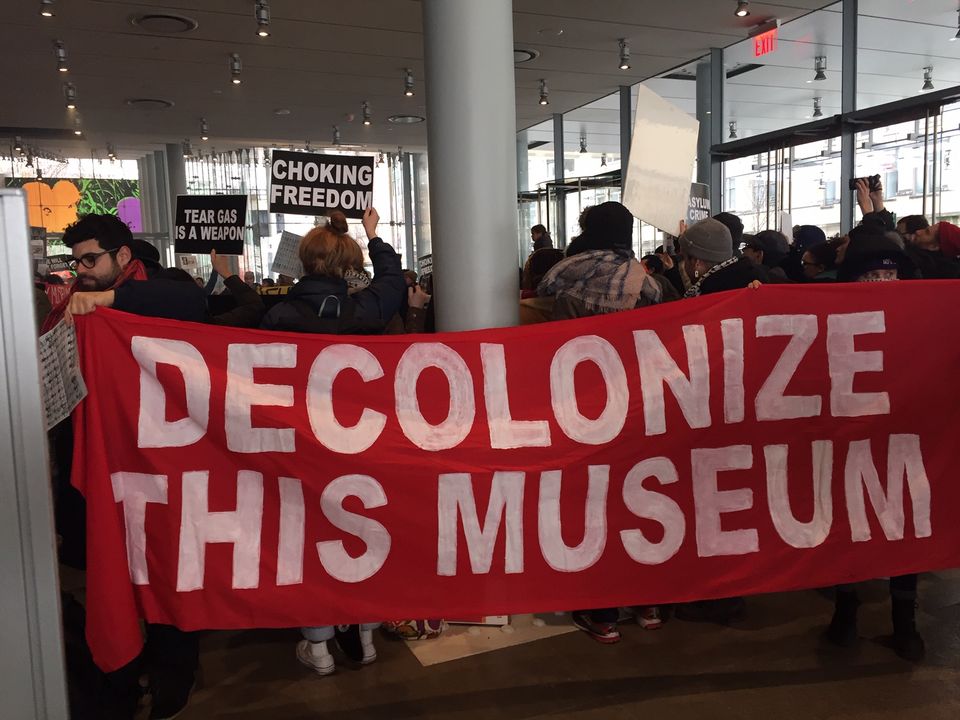 Protesters in the lobby of the Whitney Museum of American Art

Unfurling banners and chanting “Decolonise this museum!,” around 250 protesters streamed into the lobby of the Whitney Museum of American Art in New York today (9 December), calling for the ouster of a museum board member with ties to the tear gas fired recently at migrants on the US border with Mexico.

The demonstration was organised by the activist group Decolonize This Place, which campaigns on behalf of indigenous peoples, Palestinians and wage workers as well as against the gentrification of neighbourhoods. Burning sage in small vessels in the lobby as a counterpoint to tear gas, the protesters waved signs that read “Tear gas is deadly”, “We will not be silent”, “Greed kills” and “Dirty money”. Banners declared, “Warren Kanders Must Go!” and “No Space for Profiteers of State Violence”.

Their chief target was Warren B. Kanders, the vice chairman of the Whitney’s board of trustees. Kanders is chairman and chief executive of Safariland, a company responsible for manufacturing some of the tear gas canisters wielded by United States Customs and Border Protection agents on 25 November as hundreds of asylum seekers rushed toward a border crossing that leads into San Diego.

On 30 November, nearly 100 staff members at the Whitney submitted a letter to the museum's leadership expressing “outrage” over Kanders’s business connection to the tear gas and demanding that the board of trustees consider asking for his resignation.

In their chants and in a statement distributed at the rally, the protesters expressed solidarity with the Whitney employees who signed the letter but also took the museum’s administration to task for failing to call for the removal of Kanders. The statement cited a letter sent to the museum’s staff and trustees by Adam Weinberg, the Whitney’s director, noting that the staff “does not appoint or remove board members”.

The demonstrators called for the rapid processing of asylum claims at the US border, calling the situation there a “humanitarian crisis”.

About an hour into the protest, New York City firefighters entered the lobby and instructed the protesters to snuff out the sage they were burning, saying that it could interfere with the Whitney’s fire alarm system. The demonstration moved outdoors to the museum steps, with protesters continuing their refrain, “Decolonise this museum!”

In a letter last week to the Whitney’s trustees, Kanders acknowledged that his company manufactures tear gas, “a non-lethal” product. He added: “Safariland’s role as a manufacturer is to ensure the products work, as expected, when needed. Safariland’s role is not to determine when and how they are employed. The staff letter implies that I am responsible for the decision to use these products. I am not.”

Update: The Whitney disputes that 250 people joined in the protest, saying that the number was approximately 50. The Art Newspaper's estimate was based on a head count of the chanting people clustered around the protest leaders in the lobby. 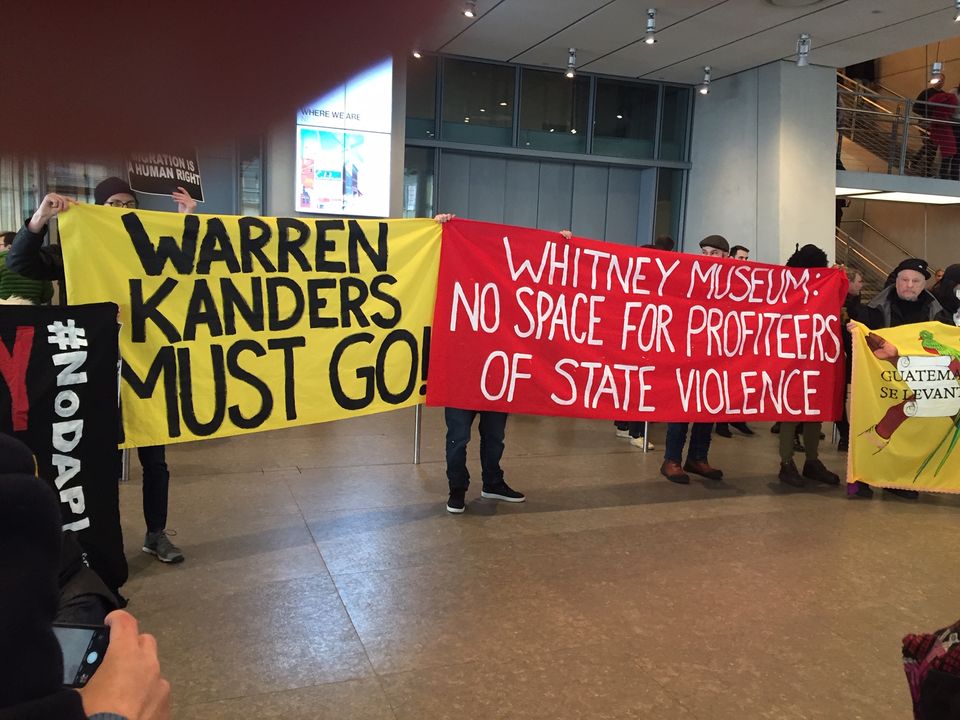