The piece of furniture by Bernard II van Risenburgh, which left for the US almost four decades ago, was commissioned by Louis XV for his stepdaughter 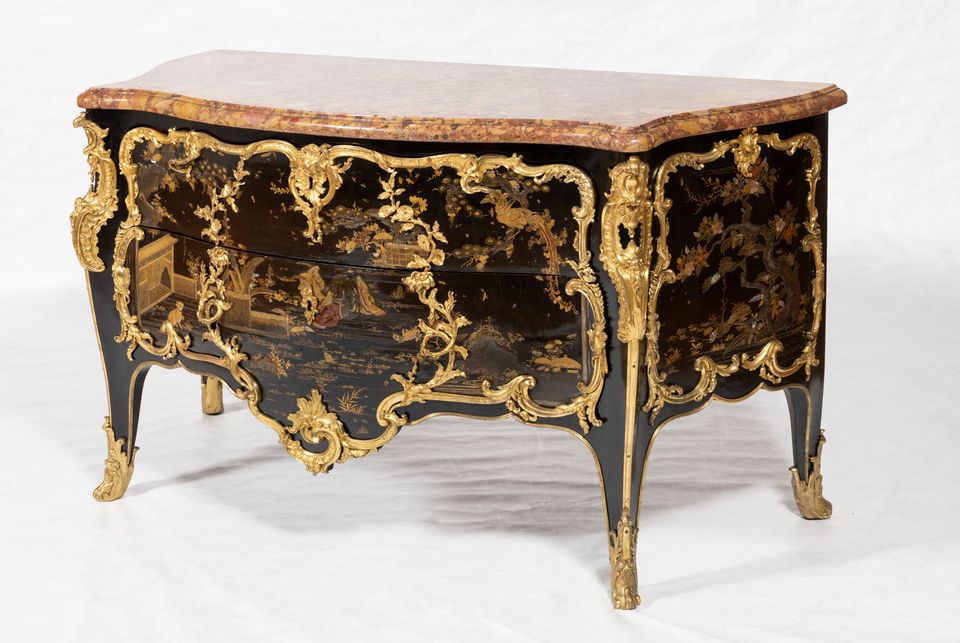 The Château de Versailles has finally recovered a major royal commode that left France unnoticed in 1981, sparking a wave of consternation when its true identity was revealed later at a sale in New York.

The black-lacquered piece with Japanese decor was commissioned in 1744 for Louis XV's stepdaughter from Bernard II van Risenburgh (better known as BVRB), considered the most brilliant cabinet-maker of the time. The news is due to be officially released by Versailles next week, when the commode will return to the royal bedroom. According to our information, it was bought for €4m from a US collector, who asked not to be named.

This BVRB masterwork first arrived in the US after being purchased by the New York dealer Martin Zimet from his Parisian counterpart Jacques Perrin. When he retired in 1998, Zimet asked Christie’s to auction his collection. The 60 pieces were estimated at $25m. The commode was considered the jewel in the crown with price tag of $4m-$6m, almost twice the record price for a piece of royal furniture at auction. However, the estimates and the guarantee were so high that the sale was a failure and the commode did not sell.

The extraordinary evaluation came about because the Christie’s expert, Patrick Leperlier, had discovered its true pedigree. He had spotted the number I 343 on the back of the work and traced it to the royal inventory where it exactly matched a description of a commode delivered on 23 January 1745 to the “Chambre de la Dauphine”.

As soon as its identity came to light a row erupted in France, with the media pointing a damning finger at the Musée du Louvre, which at the time monitored all works of art leaving the country: its curator had not spotted the mark and therefore missed a unique opportunity to recover the piece at a very reasonable price. Some journalists even suggested an elaborate fraud, which did not help the sale.

However, experts agreed that, in the 1980s, royal marks and other inventories’ markings were not taken seriously by the art market. Until 1959, hardly anyone knew who BVRB was. And when the monumental piece of furniture was presented at Zimet’s residence, against a wall, the number could not be seen.

The price tag is still significant for Versailles, but a donation from Jeanne Heymann who died in Monaco three years ago, covered the acquisition. She left €20m to Versailles under the condition that it be used to finance the acquisition of the palace’s furniture that was dispersed during the auction sales following the French Revolution.