Pair of portraits by Frans Hals expected to lead two-day sale of collection of Dutch entrepreneur, who was advised by the dealer Robert Noortman Lack of supply may be the perennial lament of the Old Master market but this December, Christie’s will hold a two-day sale of the collection of Eric and Marie-Louise Albada Jelgersma, known for their Dutch and Flemish Golden Age paintings.

The collection is estimated to make in excess of £26m over the two sessions on 6 and 7 December. The evening sale will comprise 40 portrait, landscape, still-life and genre paintings by 17th century artists such as Anthony van Dyck, Jan Breughel the Elder and Ambrosius Bosschaert the Elder. But the stars are a pair of portraits of a couple by Frans Hals, titled Portrait of a gentleman, aged 37 and Portrait of a lady, aged 36 (1637) which are estimated at £8m-£12m for the pair. The Hals expert Seymour Slive did not hold back in his praise of these works, describing them as “superlative works by Hals, in a nearly miraculous state of preservation”. 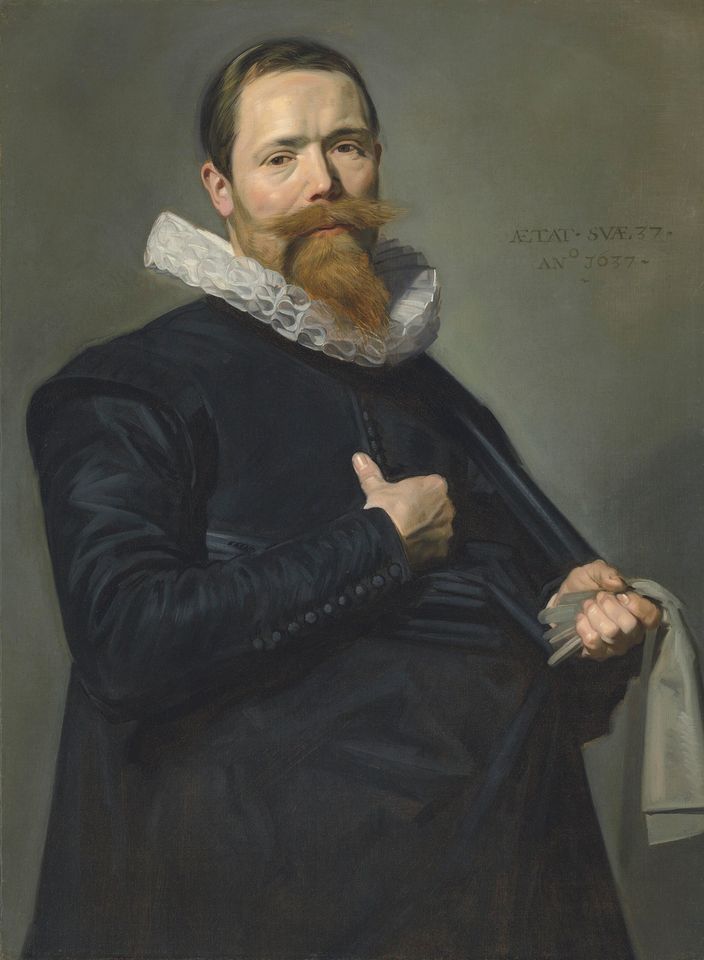 Portrait of a gentleman, aged 37, by Frans Hals Courtesy of Christie's

Another highlight is Merry Company by Judith Leyster (est £1.5m-£2.5m) which Christie’s claim is “arguably the most important Golden Age painting by a female artist left in private ownership”.

The following day, the 350-lot Collection Sale will include furniture, decorative arts antiquities, silver, Asian art and lower value Old Master paintings from the couple’s homes in Brussels and Amsterdam.

Eric Albada Jelgersma (nick-named Wilde Eric), a Dutch real-estate and food tycoon who owned the French vineyards Château Giscours and Château du Tertre, and the Tuscan winery Caiarossa, died in June. He had been paralysed since a sailing accident in 2005, and chose to consign the collection to Christie’s before his death earlier this year.

“I only sold him one or two things and he largely stopped collecting some time ago,” says the London-based Old Master dealer Johnny Van Haeften of Albada Jelgersma. “His main dealer was his close friend Robert Noortman, and Robert vetted everything he bought,” Van Haeften adds.