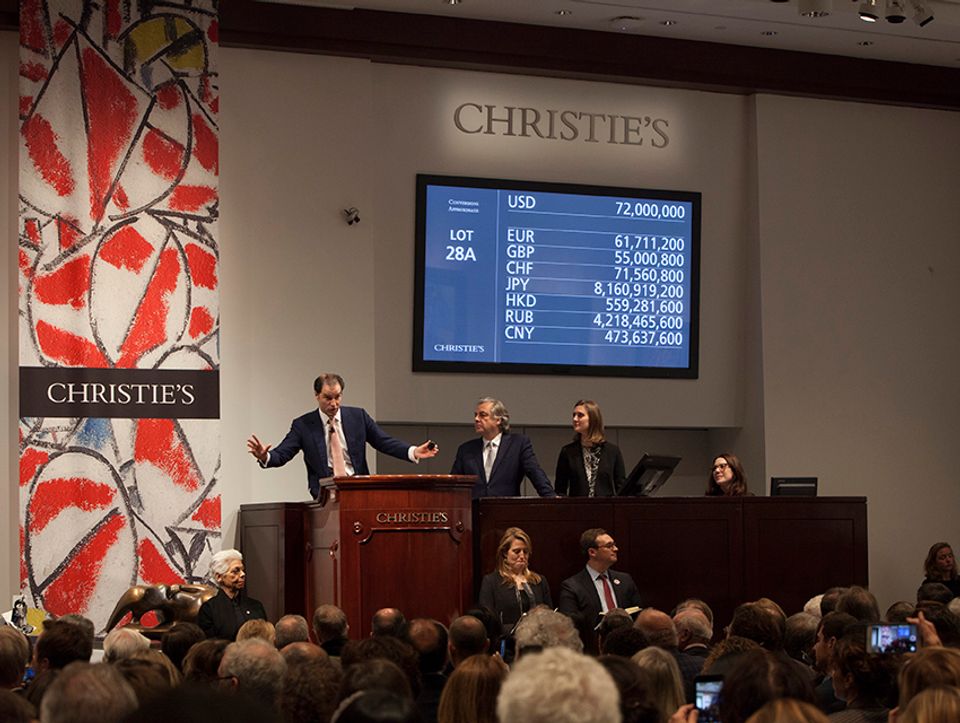 Christie’s pulled off its second-highest total for an Impressionist and Modern evening sale last night, 13 November, in New York. The $479.3m total (with fees) was double that of last year's sale, and just past the high end of the $360m to $476m estimate. “I’m going to give you that figure again”, said Guillaume Cerruti, Christie’s chief executive, at the post-sale press conference, which was simulcast on Facebook Live.

Of 68 lots offered, 60 sold—many handsomely, even taking into account their eight-figure estimates—over the course of nearly three-hour auction presided over by the co-chairman of the department, Adrien Meyer. The top lot was Vincent Van Gogh’s Labourer dans un champ (1889) from the Nancy Lee and Perry R. Bass collection, which sold for $72m ($81.3m with fees) after volleying between two phone bidders, the winner on the line with Rebecca Wei, president of Christie’s Asia. Unlike major lots of seasons past, it was not guaranteed, nor was the second-highest earner, Fernand Léger’s Contraste de formes (1913), which failed to reach a punchy $65m-$85m estimate but nevertheless set an artist record when it sold for $62m hammer ($70.06m with fees), again to Wei’s bidder. 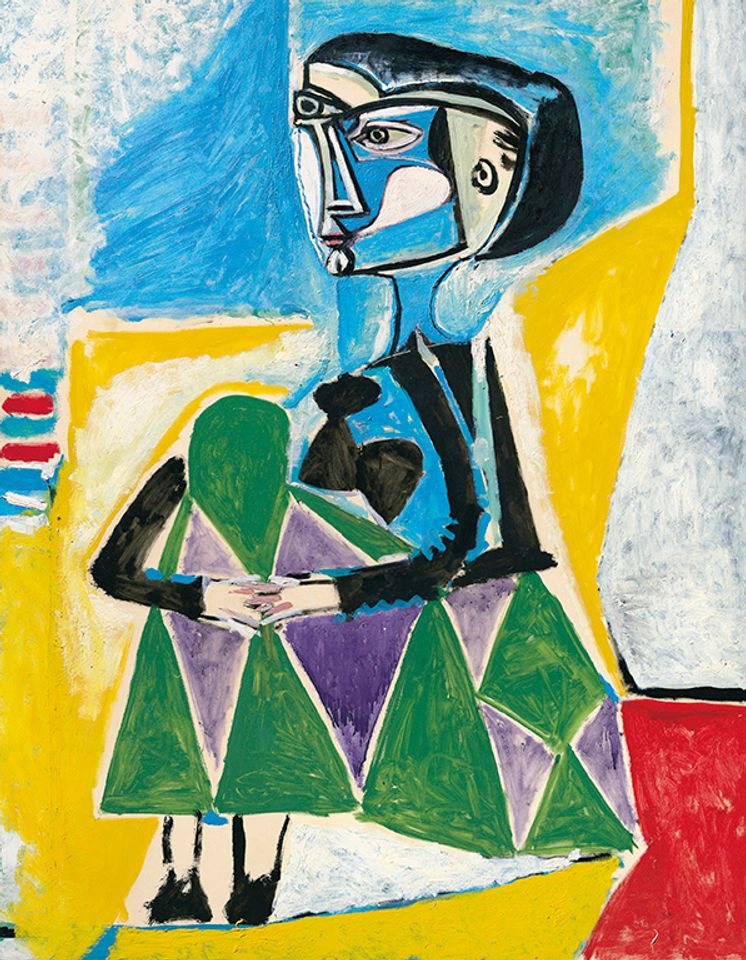 “Christie’s had a great night. Everyone has to feel good about the results”, said the private dealer Baird W. Ryan, of Morgan Walker Fine Art in New York. “The quality of items really was incredible.” He had come to take a shot at the monumental Henry Moore bronze, Reclining Figure (1982), but found himself shut out. The work changed hands at Sotheby’s London in February 2010 for £3.6m ($5.8m) with premium but here fetched $9.5m hammer ($11m with fees), just above the $7m to $10m estimate.

Dada and Surrealist works from an anonymous European collection (presented as Beyond Boundaries) got off to a plodding start that broke with lot 12, Magritte’s enigmatic day/night street scene, L’empire des lumières (1949), when Alexander Rotter, Christie's head of contemporary art, jumped in at $14m with a phone bid. The guaranteed work achieved its high estimate of $18m with at least five bidders; the final price of $20.6m with fees was an artist record. 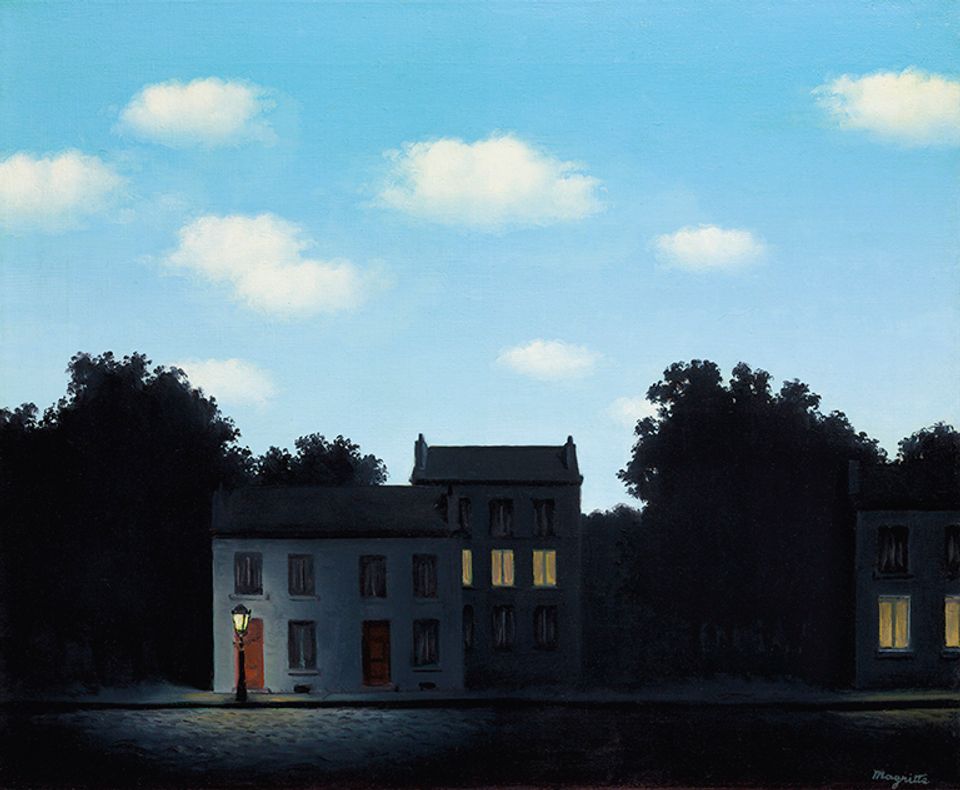 Similar zeal was shown for the vivacious Femme accroupie (Jacqueline) by Picasso (est $20m-$30m), one of three large portraits the artist painted of his new muse, Jacqueline Roque, during an ecstatic rush in Vallauris in early October 1954. One of the companion works was sold by Sotheby’s London in June for £7.35m with premium; this one had three bidders who chased it to $32.5m ($36.9m with fees).

A handful of buy-ins marred the momentum, notably Kees Van Dongen’s Portrait of Madame Malpel (1908; est $7m to $10m) from the Bass lots. Pressed to identify a downside, Tom Mayou, the director of London advisory Wentworth Beaumont, said, “possibly polarisation in performance—it is all too easy to predict which lots will perform well or less well these days”. But overall, he adds, “If I was over at the other auction house I’d be breathing one hopeful sigh of relief. The big question leading into the week was, ‘will the demand be deep enough to absorb all this increase in supply?’” The answer, at least for Christie’s, was yes.