The artist, Daniel Bejar, sees the early dismantling of his show in Westchester as an example of institutional censorship 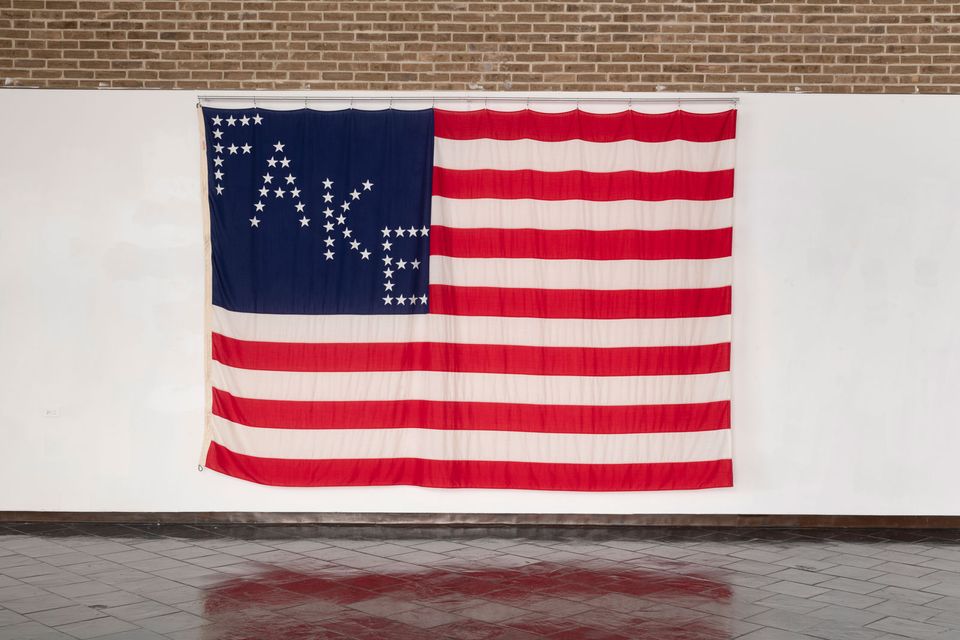 Westchester Community College’s Fine Art Gallery is closing a solo exhibition by Daniel Bejar today, a week earlier than scheduled, after it received complaints from veterans groups about a work in which the artist rearranged the stars on the American Flag to read “fake”. Bejar sees the early closure as a case of institutional censorship, but after discussing it with the gallery’s director, he complied with the decision to take down the exhibition.

The work at the centre of the controversy is Rec-elections (False Flag), an 8- by 12-foot American flag Bejar made based on Abraham Lincoln’s 1864 re-election campaign banner. Lincoln had rearranged the stars in the flag to spell out the word “free”, to celebrate the signing of his Emancipation Proclamation, which freed African American slaves. Bejar’s work is a wry take on “false flag” operations, a military phrase often used by alt-right commentators to suggest that certain events, such as mass shootings or protests, are staged.

Bejar believes the museum’s abrupt decision to close the show was based on reactions following his artist talk on 17 October, which was attended by local and student veterans. A representative for the school said via email: “A number of students, primarily veterans, and several veterans in the community, were highly agitated about the flag portion of the show. In deference to their complaints, and in respect to veterans, we have decided to close the show prior to Veterans Day on Sunday, 11 November.” 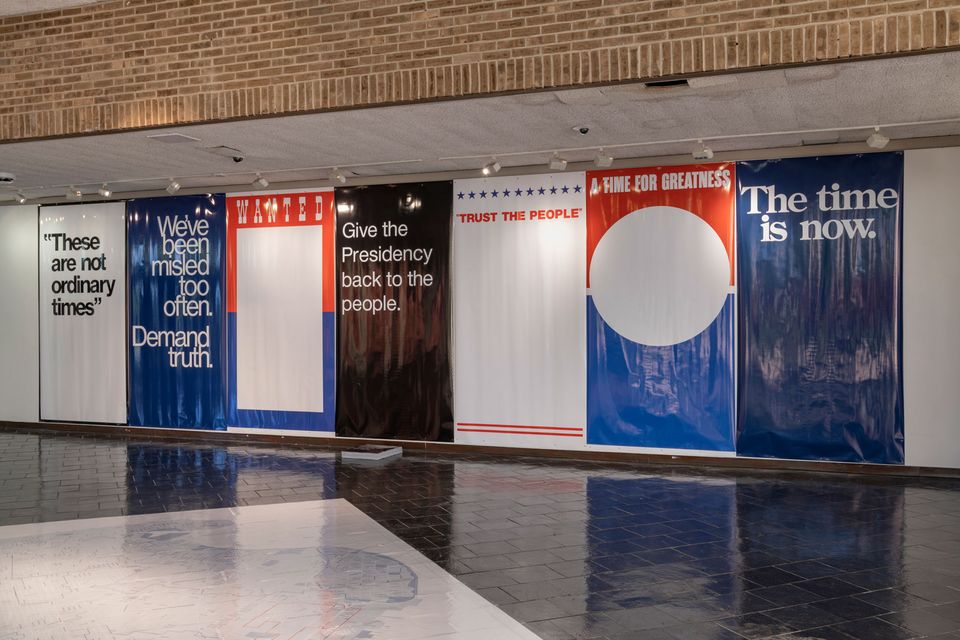 Poster works in Daniel Bejar's show Going Public, which was meant to remain up through 16 November

The show, titled Going Public, was originally meant to end on 19 October, but it was extended until 16 November so that it would remain up through this week’s mid-term elections. But it would also have coincided with the school’s annual President’s Forum, an annual fundraising event that takes place on 10 November. Bejar says he heard there were also complaints from school patrons and believes the potential risk of losing funding for scholarships is another reason behind the decision.

The artist consulted an art lawyer to gauge whether this was a violation of his first amendment right to free speech, but does not intend to take any legal action against the school. “The fact that Daniel Bejar’s art works express his political views, as unfavorable as they may be to some viewers, makes [this being an example of] unconstitutional censorship highly likely,” says Bejar’s attorney, Sergio Muñoz Sarmiento.