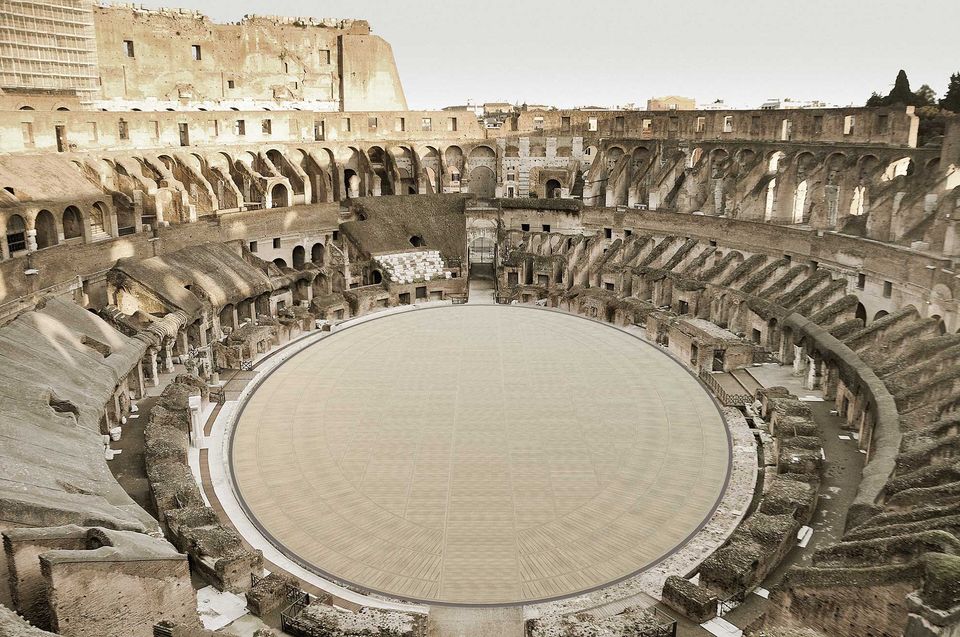 Plans to build a retractable wooden floor over the centre of Rome’s Colosseum, announced last week, have drawn a wave of criticism from preeminent archaeologists and art historians. The decision brings eight years of dispute over the proposal and reservations about the Culture Ministry's management of heritage sites to a climax.

Experts including Rossella Rea, the former director of the Colosseum, have raised concerns about the project’s €15m ($18.2) price tag, and claimed that the new floor will obscure views of the Colosseum’s subterranean bowels.

Revealed in an online press conference on 2 May, the design features a lattice of lightweight wooden slats which will cover the hypogeum, the network of underground rooms and passageways where gladiators once prepared for mortal combat. The slats will rotate to allow air to circulate, and slide across runners to reveal the subterranean structures below. 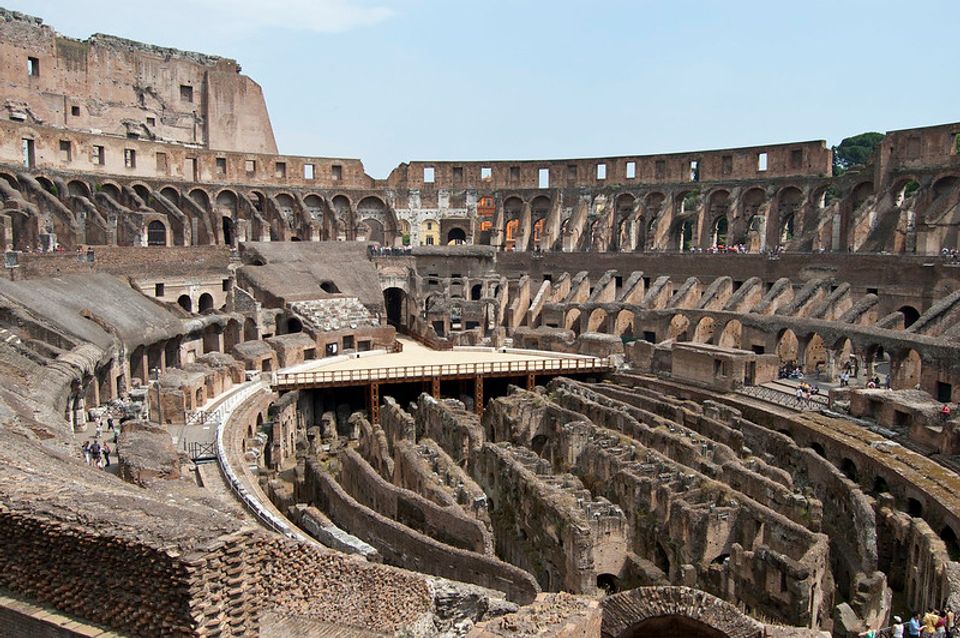 Introduced by emperor Domitian, the hypogeum was originally covered with a floor that rotted away after the Colosseum fell into disuse from the 6th century. An excavation in the 19th century made the subterranean structure visible, and a 650 sq. m stage was introduced at one end for live performances in 2000.

In 2014, Dario Franceschini, Italy's culture minister, tweeted his approval of archaeologist Daniele Manacorda's proposal to rebuild a full arena. Manacorda’s plans were swiftly criticised by figures including preeminent archaeologist Salvatore Settis, and opposition has recently mounted. In an interview published in the Italian newspaper Il Fatto Quotidiano in March, Rea said that the funds would be better spent on restoration work, devising new visitor routes and cleaning the Colosseum’s exterior face.

Of the 133 Roman amphitheatres in Italy and 252 elsewhere in the empire, the Colosseum has the most extensive subterranean network, Sergio Rinaldi Tufi, the former director of Archaeology at the University of Urbino, tells The Art Newspaper. “The underground space is unique in the world, so why should it be covered?” he says.

According to Tomaso Montanari, an art historian and member of a Culture Ministry scientific committee, the project is emblematic of Franceschini’s mission to turn heritage sites into cash cows. “Italy invests huge amounts in tourist attractions but can’t afford to restore crumbling churches and fading frescoes,” he tells The Art Newspaper. “The Colosseum is the last thing I would think about spending money on.”

When the new 3,000 sq. m floor is in use, visitors will be able to stroll into the arena to take in the “majesty of the monument”, Dario Franceschini, Italy's culture minister, said in the conference. The system will be completed by 2023 and is reversible, meaning it can be dismantled at a later date, according to Milan Ingegneria, the engineering consultancy that is leading the project.

“I know that controversy will not be lacking,” Franceschini said of the plans. “The Colosseum is our [national] monument, and it is right that we discuss it”.