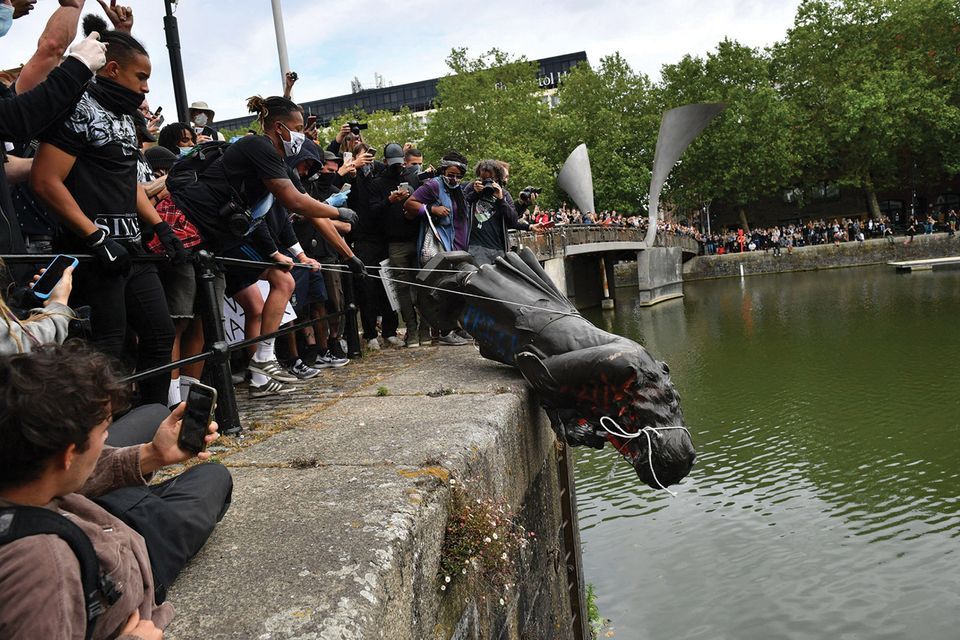 The statue of the 17th-century slave trader Edward Colston—which was pulled down during a Black Lives Matter protest in Bristol, UK, on 7 June last year—will be re-erected in the city at the M Shed Museum (4 June-5 September). “One year on, the statue forms part of a new display at M Shed to start a city-wide conversation about its future,” says a statement on the museum website.

“This is an opportunity to have your say on how we move forward together. The Colston statue display [entitled “The Colston Statue: What Next?”] is a partnership between M Shed and the We Are Bristol History Commission. Your feedback will help the history commission make a recommendation on the future of the Colston statue,” the museum adds.

Bristol Mayor Marvin Rees set up the commission last September to consider the future of the statue. Tim Cole, the commission chair and a professor of social history at the University of Bristol, told The Guardian: “The display is not a comprehensive exhibition about Colston or transatlantic slavery in Bristol, but it is intended to be a departure point for continuing conversations about our shared history.’’

The statue will go on display alongside a selection of placards from the protest as well as a timeline of key events leading up to when the effigy was removed and dumped in Bristol harbour by anti-racism protestors. The statue, which is daubed with spray-painted graffiti, was later retrieved from the water and cleaned by conservation staff at M Shed.

In June last year, museum officials wrote on Facebook: “We spent the morning removing mud from its inside with a hose and extendable brush. The painted graffiti was particularly at risk from the cleaning so this was done very carefully to ensure it wasn’t washed off. The symbolism of his graffitti’d body has been preserved and the significance it has for us will be an important story to tell.” The campaign group Save Our Statues tweeted however: "It's wrong to hold Colston up to ridicule by leaving the graffiti."