Comment: Scholarly research is flourishing but curators’ ability to judge an object’s quality is not

Why museums are falling victim to fakers: expertise is undervalued and in decline

It has long been fashionable to lament the decline of scholarship in UK museums. And it is true that in some museums, particularly those funded by local authorities, concentration on outreach, combined with cuts, has tended to marginalise scholarship. But in university and national museums research is alive and well; indeed, more and better research is done in museums now than ever before, with results that are visible in the quality of their exhibitions, long-term displays and publications. Recent catalogues of Italian paintings in the National Gallery (Nicholas Penny and Georgia Mancini), of Italian sculpture in the Wallace Collection and previously the Ashmolean (Jeremy Warren), of Medieval ivories in the Victoria and Albert Museum (V&A) (Paul Williamson and Glyn Davies), and Medieval illuminated manuscripts by Rowan Watson are of a higher standard than ever and suggest that object-based scholarship in museums is far from dead.

But if academic research in museums is flourishing, expertise—by which I mean the ability to recognise and identify objects, surmise their history from their appearance, tell the genuine from the false and make judgements about quality—is not. Indeed, expertise, which is distinct from, and may sometimes be antithetical to, scholarship, has become patchy, even rare, in museums.

To illustrate what I mean, it may help to retell the Greenhalgh story. In November 2007 Shaun Greenhalgh was sent to prison for selling fakes. His Amarna Princess, an alabaster Egyptian sculpture, was bought for £439,767 by Bolton Museum in 2002, with grants of £360,000 from the National Heritage Memorial Fund and £75,000 from the National Art Collections Fund (now the Art Fund). Greenhalgh carved the figure in his garden shed using basic DIY tools and stained it with clay and tea to make it look old. Fake provenance linked it to the sale of the Earl of Egremont’s collection at Silverton Park in Devon in 1892. 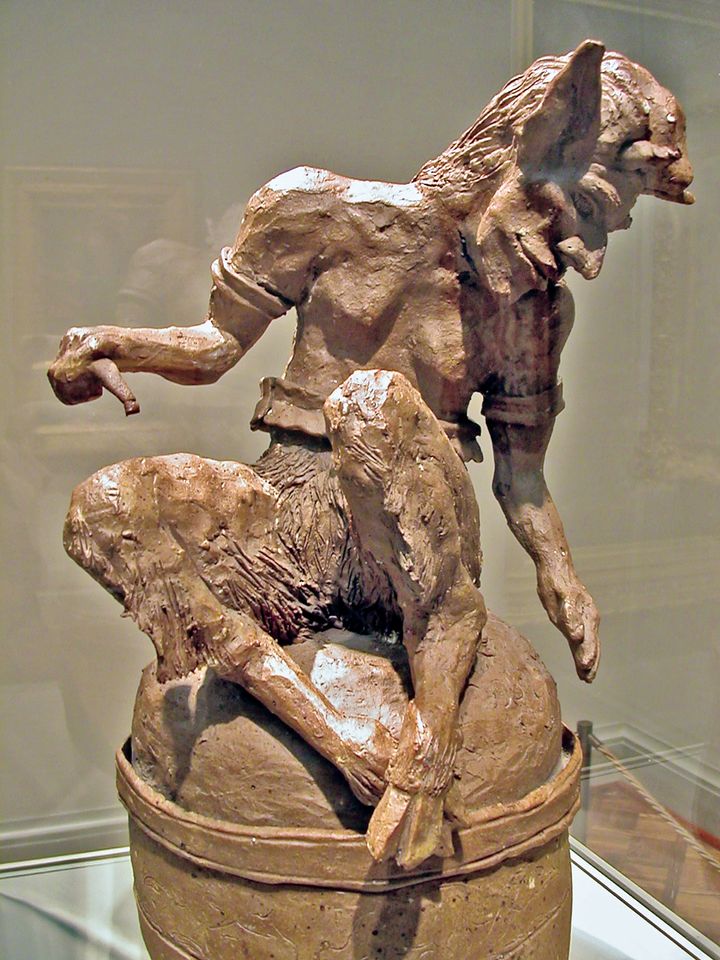 The Art Institute of Chicago was convinced by Greenhalgh’s fake of The Faun by Gauguin (Image: Carlos E. Restrepo)

Greenhalgh had left school at 16. He, his octogenarian father and his mother, Olive, who made the phone calls, were quite uneducated. Olive had never travelled outside Bolton; they did not even own a computer. But they forged a Medieval reliquary; a painting by the Scottish Colourist Samuel Peploe (sold for £20,000); a Roman lanx (or dish) supposedly from Risley Park, which was displayed in the British Museum; some Lowrys; The Faun by Paul Gauguin; a Barbara Hepworth; portrait busts of Thomas Jefferson, Thomas Chatterton and John Adam, sold at Sotheby’s; and three Assyrian marble reliefs.

Vernon Rapley, then head of the Metropolitan Police’s art and antiques unit, who organised the exhibition of the Greenhalghs’ work held in the V&A in 2010, said: “Looking at them now I’m not sure the items would fool anyone. It was the credibility of the provenances that went with them.” That is to say that the experts concerned were readier to concentrate on the documentary aspect of the objects’ histories than to look hard at the thing in question.

Those fooled included the British Museum, which authenticated the Amarna statuette, the Tate, and the Henry Moore Institute. The Faun was displayed at the Van Gogh Museum in Amsterdam, while the Art Institute of Chicago hailed it as a “major rediscovery” and included it in their “definitive” exhibition on Gauguin.

But Richard Falkiner, with a lifetime of experience in the trade and who was then the antiquities expert at Bonhams, said:“I took one look at the [Assyrian] relief and said ‘don’t make me laugh’…It was an obvious fake. It was far too freshly cut, was made of the wrong stone and was stylistically wrong for the period.”

Why were so many curators taken in? The reasons for this are various and cumulative. Education has little use now, after nursery school, for haptic skills or for the development of thinking through doing. And this is ever more the case as the educational ladder is scaled. Now that almost all curators have doctorates they have developed intellectually in an environment governed by the assumption that evidence is documentary, invalid unless referenced. So while at home researching provenance, they may find it difficult to interrogate, let alone give primacy, to evidence from the object itself. 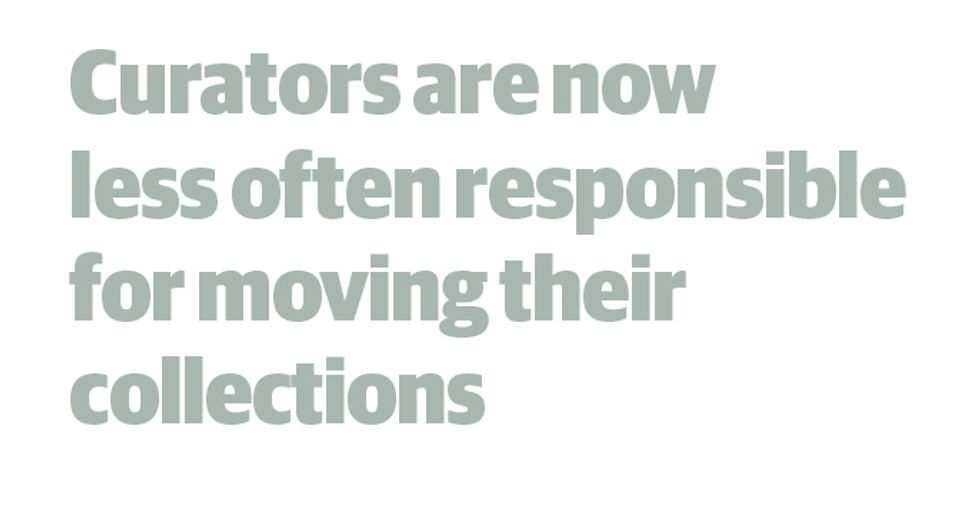 At the same time, as conservation, education and IT became professionalised, within museums the curatorial role narrowed. The basic documentation, now digitisation, of the collections tended increasingly to be delegated to people on short-term contracts; so the often impressive knowledge gained by them, from detailed scrutiny of the objects, was lost when their contracts came to an end. Identification of objects brought in by the public, once a central part of museums’ public service, which required young curators to look hard at things and answer questions about them, has long been on the wane.

Dealers and auctioneers who used regularly to seek expert opinions from museums rarely do so now. The ever higher standards expected of exhibitions mean that curators are less often required to trawl through the collections to mount displays at short notice. Funds for acquisition have been cut and cut again, so there is less need to haunt the dealers, scan auction catalogues, interrogate the collection for gaps, and learn to avoid the acute embarrassment of buying something that turns out to be “wrong”. Scientific analysis has made great strides, but knowing that the paper is 16th century and the composition of the ink correct may distract the curator from judging whether the drawing is 16th century, too.

Curators are now less often responsible for physically rehousing and moving collections, with the forced intimacy that such moves entail, while the increasingly impressive expertise of conservators seems to have discouraged curators from taking responsibility for the way the objects in their care are cleaned and presented. Living in a society in which digital communication and advertising come up with endless tricks for attracting visual attention, tricks that we must learn in self-defence to screen out and ignore, inhabiting a world more used to knowing about things than knowing them directly and for themselves, relying more on the internet for knowledge than on personal experience, it is unsurprising that sustained and critical looking—learning from direct contact with tactile and visual evidence—is hard, even suspect. One price we pay, if by no means the greatest, is the loss of that direct intuitive response to the object, based on experience, that used to delight and inform the curator.